'The red beast can't win. It will never win' 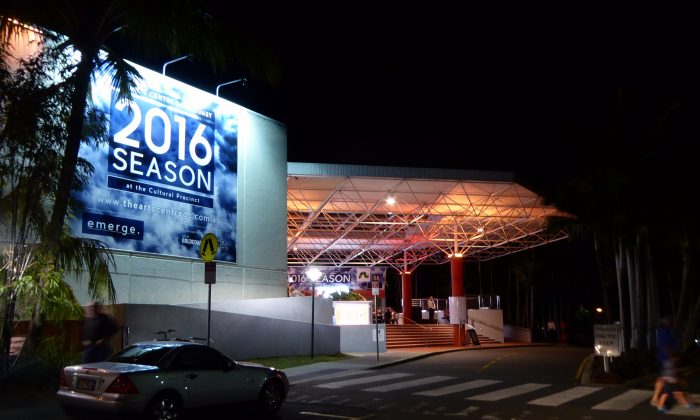 GOLD COAST, Australia—For Dolores Maitland attending the opening night of Shen Yun Performing Arts at the Arts Theatre, the Arts Centre Gold Coast, on March 4 was to be a serendipitous experience.

Mrs. Maitland, assistant principal of religious education at Marymount College, a Catholic school, has always felt an affinity with China, something inside always made her want to learn more.

She said Shen Yun was “Magnificent and beautiful! That goes without saying and the dancers, just scintillating.   The great joy on the dancers’ faces and the depth. The communication of the masculine and the feminine, and they’re so magnificently expressed.”

The Shen Yun website states: “One discovers a sea of traditional Chinese culture. Mortals and divine beings merge on stage as one. Principles such as benevolence and justice, propriety and wisdom, respect for the heavens, and divine retribution, all come to life, washing over the audience.

“Shen Yun dances recount ancient myths, bygone heroes, or celestial paradises. Whether set in the past or in contemporary China, every dance embodies traditional Chinese values. Ideals of loyalty, filial piety, and veneration for the divine are cherished and celebrated.”

The story dances particularly resonated with Mrs. Maitland, an unexpected coincidence that touched her heart. She said, “The message is very powerful and I get it.”

This was a topic dear to her heart, and she told the story of the priest who baptised her when she was an infant. He was thrilled to baptise two baby girls, herself and another girl. The priest told her two little girls had helped him escape execution in China at the start of the Cultural Revolution.

It was a serendipitous moment for both herself and the priest. Two girls helped him escape and he was now baptising two girls.   Mrs. Maitland was saddened by the communist regime’s destruction of traditional Chinese culture and the oppression of freedom of belief.

She is heartened that Shen Yun’s mission is to revive this culture and said it left her with a feeling of great optimism and hope for the future.  ”The red beast can’t win. It will never win and that comes across in the dances being performed here in front of us,” she said.

“It’s lifted me out of myself and I get it, I understand it. I know what it’s saying about the freedom and the joy that comes with the spirituality and the freedom to actually express that spirituality. And that the marvellous story that is Chinese culture for eons that has been trampled on by the red beast figure that’s coming out of the sky, or out of the depths of another part of the people.”

John Maitland is an England born oil and acrylic painter, an expressive artist. He has been showing his work in England and Australia since the mid-seventies and has completed many private, church, and corporate commissions over the years. In 1993, his entry in the “Tribute to Mary McKillop” exhibition was a finalist and was nominated as one of the finest pieces in the show.

This work was part of a national tour in 1996 and was shown in Parliament House, Canberra, the Powerhouse Museum, the State Gallery of South Australia and the World Youth Day events in Sydney in 2009.

“I realised just what the people did go through and are subjected to,” he said. “I also was blown away by the pianist and the singer which made me feel quite emotional.”

But as an expressive artist,  Mr. Maitland could perceive many depths and nuances in the performance.  ”The wonderful display of colours and the dances itself and the whole thing just gelled as an artistic piece in itself,” he said.

”I’m looking at all the colours and the beautiful movement, but there’s the depth too, which is taking you into the actual scene itself with the persecution and everything involved.

”So it’s from the ground up, coming through and it really grounds you. To me, it touched me. I got the very essence of what the dancers themselves were putting across and the singer [too].”

He added, “It’s very spiritual. I was transported to somewhere else. When I’m talking about emotion, I don’t often use that term, but I did feel a very profound bond with the dancers and with what they were expressing. It was a beautiful experience.”