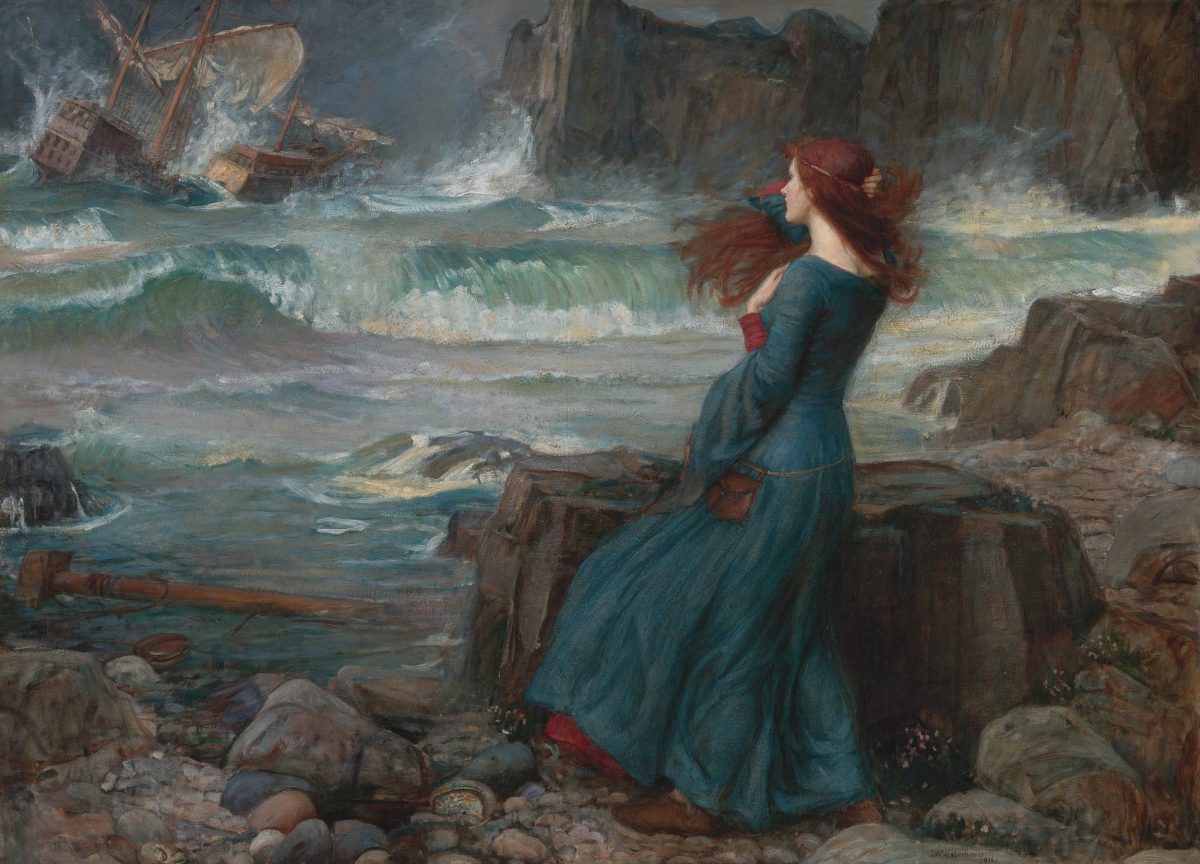 Ancient Egyptians believed in an endless life after death. In the Bible, Moses, King David, and others lie—or rest, or sleep, or lie down, depending on the translation of the Hebrew verb—with their fathers. Dante articulated for Christianity the two possible spiritual conditions of the human soul in the afterlife: hell or heaven (following a period in purgatory). In India, people have believed in reincarnation determined by karma, or in nirvana (“no wind”), or in one leading to the other. Many have believed that some souls return as ghosts.

What we know from our own experience, as well as from “Hamlet” (Act III, Scene 1, Lines 78–79), is that, except in the rarest cases, death is “the undiscovered country from whose bourn no traveler returns.”

So, what does Shakespeare mean when, in “The Tempest,” the last play he wrote before his retirement, he has the magician Prospero say: “We are such stuff / As dreams are made on, and our little life / Is rounded with a sleep” (Act IV, Scene 1, Lines 156–58)?

By sleep, does he mean the “lying/resting/sleeping” with our ancestors in a state that awaits resurrection? Or is Shakespeare suggesting, like James Joyce, that contrary to Judaism, his own Christianity, Islam, Hinduism, Buddhism, and Platonic philosophy, the human soul vanishes into nothingness at death?

The answer is to be found, as answers often are, in the context. Prospero, having been ousted from his dukedom by his own brother and the conspiring King of Naples, has ended up on an island. There he has mastered the art of white magic, by which, combined with some good fortune, he now has all his enemies under his power. This speech comes when Prospero is in the midst of a joyful celebration. He has caused spirits to perform a lovely masque in honor of his daughter’s highly desirable betrothal to a prince.

Then, suddenly, Prospero is reminded that there is an active plot afoot to murder him: “I had forgot that foul conspiracy / Of that beast Caliban, and his confederates / Against my life” (Act IV, Scene 1, Lines 139–41).

His daughter Miranda recognizes that at this moment Prospero is extremely and uncharacteristically angry: “Never till this day / Saw I him touch’d with anger, so distemper’d” (Act IV, Scene 1, Lines 144–45).

And immediately after his “rounded with a sleep” line, Prospero himself says: “Sir, I am vex’d / Bear with my weakness, my old brain is troubled. / Be not disturb’d with my infirmity” (Act IV, Scene 1, Lines 158–60).

In short, Prospero is in a temporary, but fierce, fury. It is in this moment of anger, distemper, uncharacteristic passion, vexation, weakness, trouble, and infirmity, that Prospero voices a dismal picture of the world as fading, dream-like, and doomed to disappear; and of human life as an insubstantial pageant, rounded with a sleep. Prospero’s temporary anger has evoked this vision of the evanescence of all things.

But his image here is not final: we are not yet at the end of the play. Having apologized for his “distemper,” Prospero sets the spirit Ariel to work to punish the villains and bring all to a harmonious and joyful conclusion.

So, what are we to understand about death from Prospero’s speech? Is Shakespeare telling us, in Prospero’s words, that our life is nothing but a fleeting dream coming out of and returning into an endless and empty sleep? No.

Understanding the play as a whole, we find that though we cannot know what death is, we can see that the vision of life is merely an “insubstantial pageant . . . rounded with a sleep” (Lines 155-58), thus voicing the kind of exasperation that any of us might feel if suddenly faced with a conspiracy against our lives, against our rightful government, against justice and kindness and truth.

It’s an exasperation that sounds a lot like despair. But neither Prospero nor Shakespeare is in despair, as the rest of the play demonstrates. After this speech, Prospero uses his powers, governed by virtue, to bring peace and harmony to the island and to Naples and Milan.

How? Through reason and the virtue of forgiveness. In the very next scene, Prospero says: “Though with their high wrongs I am struck to th’ quick, / Yet with my nobler reason ’gainst my fury / Do I take part: The rarer action is / In virtue than in vengeance: They being penitent, / The sole drift of my purpose doth extend / Not a frown further” (Act V. Scene 1, Lines 25-30).

In the epilogue, Shakespeare has Prospero inviting even the audience to join in the approval of the doctrine of forgiveness. They do so by clapping their hands at the end of the play.

Shakespeare does not offer us a picture of exactly what happens to the human soul after death, though it is clear from this play, as from “Hamlet” and other plays, that he believes the soul ultimately faces divine judgment. What he does show us is that sometimes even the virtuous may experience moments in which all existence can seem to be meaningless.

But he also shows us that such moments represent, not reality, but distemper, weakness, and infirmity, of which the cure is suggested in the epilogue: “And my ending is despair, / Unless I be reliev’d by prayer, / Which pierces so, that it assaults / Mercy itself, and frees all faults” (Epilogue, Lines 15-18).

What “The Tempest” as a whole reveals is that if, like Prospero, we take the part of “nobler reason” against “fury,” choose virtue over vengeance, and forgive the penitent, we are likely to find life so filled with meaning that there is no room left in it for despair over ultimate dissolution and whatever might await us in death.

Gideon Rappaport has a doctorate in English and American Literature with specialization in Shakespeare. He podcasts at AppreciatingShakespeare.BuzzSprout.com

Gideon Rappaport
Follow
Gideon Rappaport has a Ph.D. in English and American Literature with specialization in Shakespeare. He has taught literature, writing, and Shakespeare at all levels and works as a theatrical dramaturge. He podcasts at AppreciatingShakespeare.BuzzSprout.com
SHARE
Friends Read FreeCopyFacebookTweet
You May Also Like