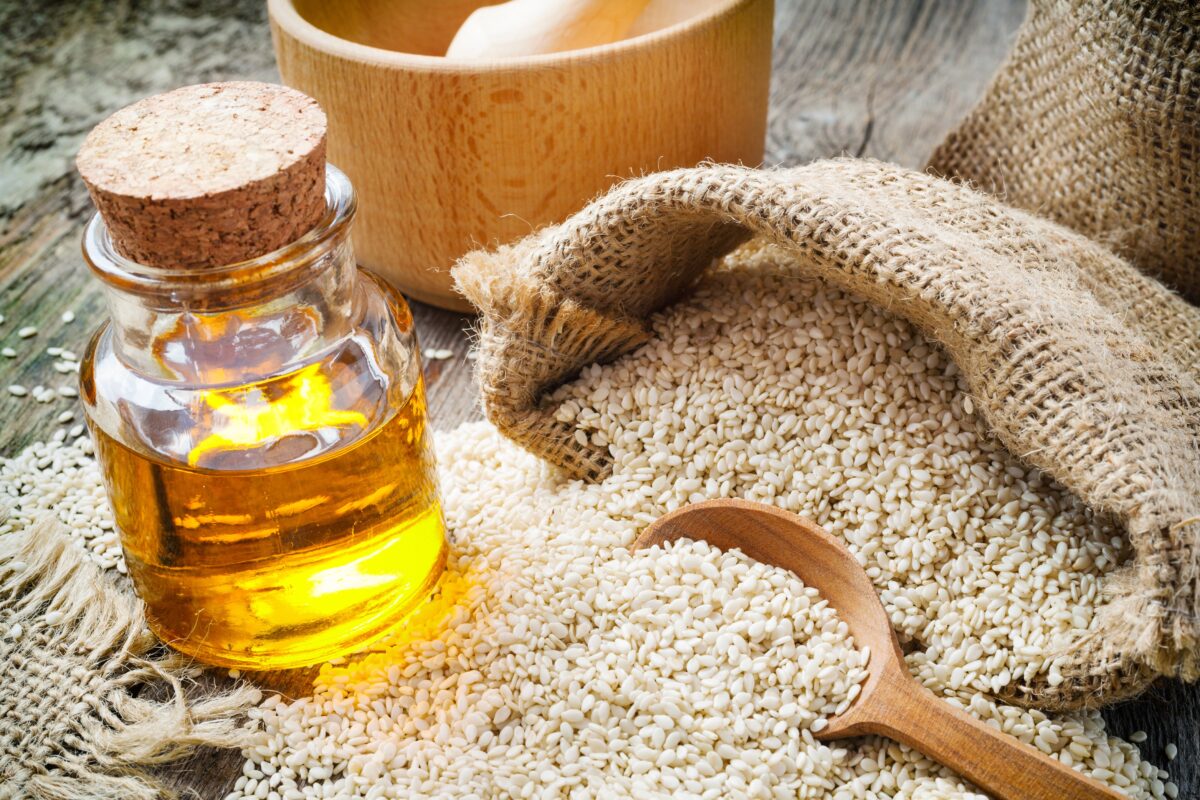 Sesame seeds are one of the most powerful healing foods on the planet.  For thousands of years they have been used by traditional peoples for food and medicine. Chinese medicine suggests this ancient food may help relieve the epidemic of liver damage from modern drugs.

Hepatotoxicity is liver damage caused by chemicals.  It’s a significant problem related to pharmaceutical use since the liver’s job is to clear chemicals from the body.  That makes the liver particularly susceptible to injury from drug use.

Hundreds of drugs contribute to liver toxicity even when used in correct doses. It’s the number one reason drugs are withdrawn from the market.

An editorial in the Journal of the Chinese Medical Association notes that in today’s world, “a hepatoprotectant is urgently needed.”  It also suggests the tiny sesame seed and its oil may well be that protector.

Sesame oil is rich in an anti-inflammatory lignan known as “sesamin.”  Lignans are a type of polyphenol found in many seeds, fruits, and vegetables.

Sesamin is well known for its health benefits which include:

Sesamin also protects against liver damage from alcohol and drug use. Several animal studies from Taiwan and Japan show that sesame oil reduces oxidative stress in the liver.

Other studies show sesame oil can combat the harmful effects of acetaminophen on the liver.  Each year acetaminophen causes more than 450 deaths from liver failure.  Sesamin helps combat that damage by maintaining intracellular levels of glutathione, a potent antioxidant.  Acetaminophen is known to reduce the liver’s store of glutathione. Sesamin also reduces the levels of free radicals and inhibits oxidation of fats.

Not only does sesamin fight liver damage from pain relief products containing acetaminophen, like Tylenol, it actually provides better pain relief.  Earlier GreenMedInfo reported that eating 40 grams of sesame seeds (about two tablespoons of tahini) was superior to Tylenol in reducing pain in those suffering from knee arthritis.

Sesame seeds and their oil have been used in the kitchen for thousands of years especially in Asia.

The seeds come from a tropical plant called Sesamum indicum which may have originated in Africa.  Today it is cultivated mostly in India, China and Mexico. In the Caribbean and southern U.S., sesame seeds are often known by their African name, benne.

Sesame seeds can be black, white, yellow or red.  They grow in pods which burst open when ripe. This is said to be the basis of the magic phrase “open sesame” in the Arabian Nights.

Sesame seeds pack a wide array of other health benefits. They are a good source of copper, calcium, magnesium, manganese, phosphorous, vitamin B1 (thiamine) and zinc.  They can be eaten whole, ground into tahini paste or processed into oil. Sesame oil contains polyunsaturated fats and is a source of omega-3 fatty acids.

Sesame oil has a bold flavor and goes well with garlic and ginger in recipes and stir-frys. Because of its high antioxidant content, most sesame oil can be used for cooking.  If you are going to cook with sesame oil, look for unrefined sesame oil which is not chemically processed.

Don’t use toasted sesame oil for cooking.  The seeds are toasted before pressing giving it a deep gold color and rich, nutty flavor.  It has a lower smoke point than unrefined sesame oil and can break down under heat.  Reserve it as a finishing oil to add intense flavor in dressings and marinades.