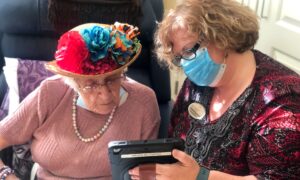 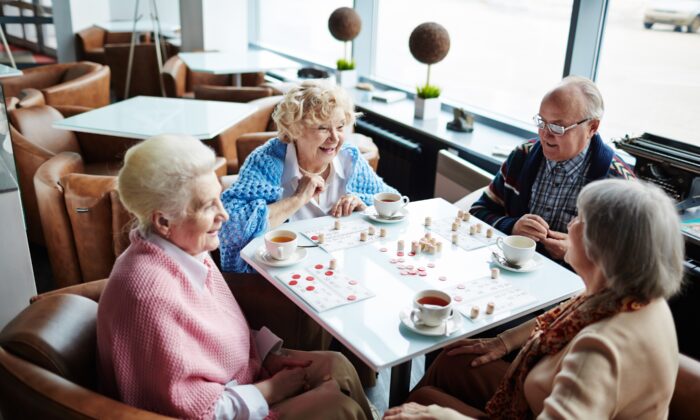 While some people can survive the isolation of current pandemic conditions, others need regular contact with friends and family to sustain their well-being. (Pressmaster/Shutterstock)
Mind & Body

Seniors Form COVID Pods to Ward Off Isolation This Winter

He thinks they should, so long as people have been taking strict precautions during the pandemic.

She’s not convinced it’s safe, given the heightened risk of viral transmission in indoor spaces.

Both are well-positioned to weigh in on the question. Besdine, 80, was the longtime director of the division of geriatrics and palliative medicine at Brown University’s Alpert Medical School. His wife, Terrie Wetle, 73, also an aging specialist, was the founding dean of Brown’s School of Public Health.

“We differ, but I respect her hesitancy, so we don’t argue,” Besdine said.

Older adults in all kinds of circumstances—those living alone and those who are partnered, those in good health and those who are not—are similarly deliberating what to do as days and nights turn chilly and COVID-19 cases rise across the country.

Some are forming “bubbles” or “pods.” These are small groups of people that agree on pandemic precautions and will see one another in person in the months ahead. Others, meanwhile, are planning to go it alone.

Judith Rosenmeier, 84, of Boston, a widow who’s survived three bouts of breast cancer, doesn’t intend to invite friends to her apartment or visit them in theirs.

“My oncologist said when all this started, ‘You really have to stay home more than other people because the treatments you’ve had have destroyed a lot of your immune defenses,’” she said.

Since mid-March, Rosenmeier has been outside only three times: once, in September, to go to the eye doctor and twice since to walk with a few friends. After living in Denmark for most of her adult life, she doesn’t have a lot of close contacts. Her son lives in Edinburgh, Scotland.

“There’s a good chance I’ll be alone on Thanksgiving and on Christmas, but I’ll survive,” she said.

A friend who lives nearby, Joan Doucette, 82, is determined to maintain in-person social contacts. With her husband, Harry Fisher, 84, she’s formed a “pod” with two other couples in her nine-unit apartment building. All are members of Beacon Hill Village, an organization that provides various services to seniors aging in place. Doucette sees her pod almost every day.

“We’re always running up and down the stairs or elevator and bringing each other cookies or soup,” she said. “I don’t think I would have survived this pandemic without that companionship.”

About once a week, the couples have dinner together, and “we don’t wear masks,” said Jerry Fielder, 74, who moved to Boston two years ago with his partner, Daniel, 73. But he said he feels safe because “we know where everyone goes and what they do: We’re all on the same page. We go out for walks every day, all of us. Otherwise, we’re very careful.”

Eleanor Weiss, 86, and her husband are also members of the group. “I wear a mask, I socially distance myself, but I don’t isolate myself,” Weiss said. This winter, she said, she’ll see “a few close friends” and three daughters who live in the Boston area.

One daughter is hosting Thanksgiving at her house, and everyone will get tested for COVID-19 beforehand. “We’re all careful. We don’t hug and kiss. We do the elbow thing,” Weiss said.

In Chicago, Arthur Koff, 85, and his wife, Norma, 69, don’t yet have plans for Thanksgiving or Christmas. “It’s up in the air depending on what’s happening with the virus,” he said. The couple has a wide circle of friends.

“I think it’s going to be a very hard winter,” said Koff, who has diabetes and blood cancer. He doesn’t plan to go to restaurants but hopes to meet some friends he trusts inside their homes or apartments when the weather turns bad.

Julie Freestone, 75, and her husband, Rudi Raab, 74, are “pretty fanatic” about staying safe during the pandemic. The couple invited six friends over for “Thanksgiving in October” earlier this month—outside, in their backyard in Richmond, California.

“Instead of a seating chart, this year I had a plating chart and I plated everything in advance,” Freestone said. “I asked everybody to tell me what they wanted—White or dark meat? Brussels sprouts or broccoli?”

This winter, Freestone isn’t planning to see people inside, but she’ll visit with people in groups, virtually. One is her monthly women’s group, which has been getting together over Zoom. “In some ways, I feel we’ve reached a new level of intimacy because people are struggling with so many issues—and we’re all talking about that,” she said.

“I think you need to redefine bubbles,” said Freestone, who’s on the board of Ashby Village, a Berkeley, California-based organization for seniors aging in place that’s hosting lots of virtual groups. “It should be something you feel a part of, but it doesn’t have to be people who come into your house.”

In the Minneapolis-St. Paul area in Minnesota, two psychologists—Leni de Mik, 79, and Brenda Hartman, 65—are calling attention to what they call SILOS, an acronym for “single individuals left out of social circles,” and their need for dependable social contact this winter and fall.

They recommend that older adults in this situation reach out to others with similar interests—people they may have met at church or in book clubs or art classes, for instance—and try to form a group. Similarly, they recommend that families or friends invite a single older friend into their pods or bubbles.

“Look around at who’s in your community. Who used to come to your house that you haven’t seen? Reach out,” de Mik recommended.

Both psychologists are single and live alone. De Mik’s pod will include two friends who are “super careful outside,” as she is. Hartman’s will include her sister, 67, and her father, 89, who also live alone. Because her daughter works in an elementary school, she’ll see her only outside. Also, she’ll be walking regularly with two friends over the winter.