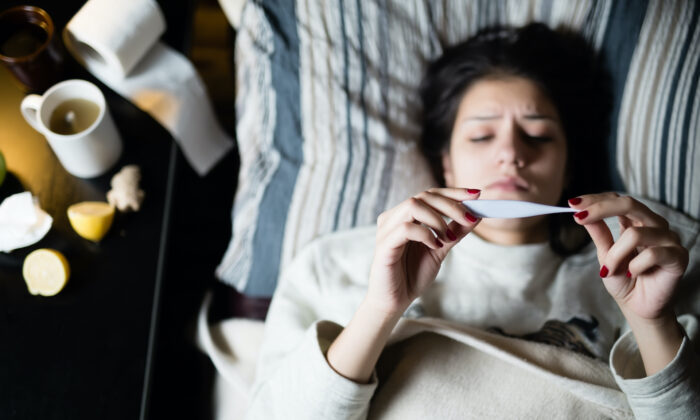 Researchers have detected tiny airborne particles containing RNA from SARS-CoV-2, both inside and outside of rooms in which infected people were self-isolating.(eldar nurkovic/Shutterstock)
Symptoms & Long Covid

Researchers have detected tiny airborne particles containing RNA from SARS-CoV-2, the virus that causes COVID-19, both inside and outside of rooms in which infected people were self-isolating at home.

This finding suggests that airborne transmission beyond the isolation rooms in homes may pose a risk of infection to other home occupants.

The study, in Annals of the American Thoracic Society, is the first report of household air contamination with SARS-CoV2 RNA under typical daily living conditions when a household member is infected. Airborne transmission in crowded living conditions may be one reason for higher rates of COVID-19 infection among people with lower incomes.

“Risk of infection from larger respiratory droplets that rapidly settle onto surfaces, typically within two meters of the source, can be reduced by hand-washing, social distancing, and face masks, but the tiny respiratory particles that stay suspended in air for hours, require air filtration, ventilation, or better masks for prevention,” said lead author Howard Kipen, a professor at Rutgers School of Public Health and director of Clinical Research and Occupational Medicine at the Environmental and Occupational Health Sciences Institute.

The researchers collected air samples from 11 homes in rooms where a newly infected person was self-isolating, as well as in an adjacent common room to test for the presence of three SARS-CoV-2-specific genes in airborne particles.

They found positive air samples for at least one of three virus genes in six of the 11 isolation rooms and in six of the nine common rooms. Seven of these nine homes reported no other cases in the home.

To better understand how the virus spreads in the home, researchers asked participants to record their time in the isolation room and the common room.

Additionally, in four of the homes, other residents were also positive or had symptoms.

“Our indoor air sampling data clearly demonstrated that measurable airborne SARS-CoV2 RNA was present in the air in the homes of most infected people, not only in the isolation room, but, importantly, elsewhere in the home,” Kipen said.

“The findings show that tiny airborne particles containing SARS-CoV-2 RNA can be found in homes of infected individuals beyond the room where they are supposedly self-isolating.”

This article was originally published by Rutgers University. Republished via Futurity.org under Creative Commons License 4.0