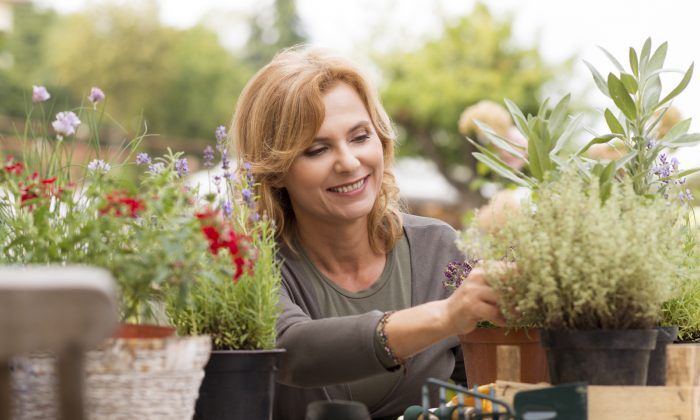 The program helps users learn strategies to control their thoughts and feelings. Working women who used it were able to significantly reduce the frequency and interference of hot flashes and night sweats, and improve their overall quality of life, researchers found.

Menopause symptoms can be more difficult to deal with in the workplace than in other settings due to an inability to control the temperature, embarrassment, stress, and other factors, co-author Myra S. Hunter, emeritus professor of clinical health psychology, Kings College London, told Reuters Health by email.

She said that while hormone replacement therapy is an effective treatment for menopausal symptoms, not all women want to take it.

Cognitive behavioral therapy (CBT) has been used since the 1960s to treat a variety of medical problems, including anxiety, depression, and sleep problems.

“This study offers women who have problematic symptoms at work a brief, non-medical solution. The self-help CBT helped women to manage symptoms, and also had broader impacts on sleep and well-being,” Hunter said.

As reported in the medical journal Menopause, the researchers produced a self-help CBT booklet designed to help working menopausal women learn CBT skills on their own. It included sections on work stress and how to discuss menopause at work.

The new study involved 124 working postmenopausal women who were having at least 10 hot flashes or night sweats per week. Half the women were randomly assigned to receive the self-help CBT booklet plus a breathing and relaxation CD. The other half were placed on a waiting list (the control group).

On average, the women in the study were having 56 hot flashes and night sweats per week. They arrived to work late, left early, or stayed home from work an average of two days per month due to menopausal symptoms.

The participants completed follow-up questionnaires at six weeks and again at 20 weeks.

In the self-help group, the frequency of hot flashes and night sweats decreased by 24 percent over six weeks and 35 percent by 20 weeks.

In the control group, however, the frequency of hot flashes and night sweats had fallen by only 0.5 percent at six weeks and 15 percent at 20 weeks.

A subset of 27 women from the self-help group was interviewed after the trial. The majority, 82 percent, felt the intervention had helped them with hot flashes and night sweats. Fifty-two percent reported positive benefits to their work life, and roughly a third had talked about menopause to their line manager.

One limitation of the study was that is that it relied on subjective rather than objective measures. Also, the dropout rate was unexpectedly higher in the self-help group. Participants reported time pressures as the main problem for not following through with the intervention.

Dr. Mary Jane Minkin, clinical professor in the department of obstetrics, gynecology, and reproductive sciences at Yale Medical School in New Haven, Connecticut, said that she doesn’t see any harm in the self-help therapy.

“The question is, how much does it really help?” said Minkin, who was not involved in the study. “Women need to be apprised that there are [other] more effective approaches to curb menopause symptoms if they’re feeling poorly.”