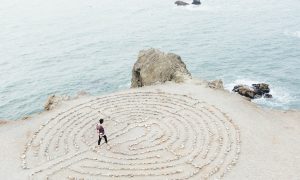 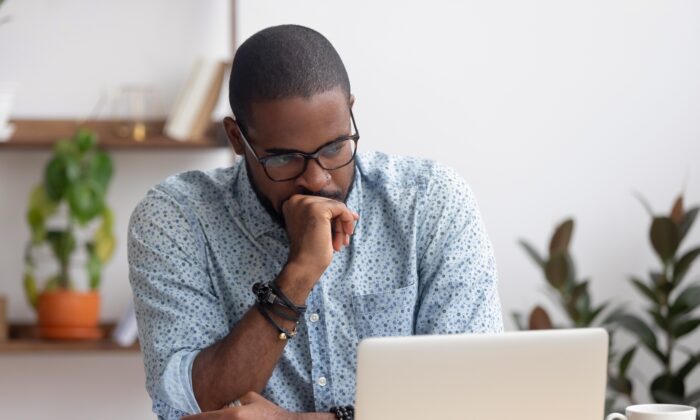 Seeking Love Taught One Man How to Conquer His Thoughts

Albert Ellis's pursuit of romance taught him how to conquer his fear, help others beat learned helplessness
By Jeff Garton

One of the difficult challenges we face in life is controlling what we think. But when we do, we can improve how we feel and thus find the will to take action.

Controlling your thoughts allows you to choose your emotions, and doing so can affect all aspects of your life, including your work, where supervising your thinking can help you find and maintain a contented work life. A resource on this topic I sometimes refer to was developed based on a young boy’s fear of talking with members of the opposite sex.

To conquer this fear, Albert Ellis forced himself to speak with as many women as possible. This would ultimately lead to his becoming a clinical psychologist and, in 1955, his creation of Rational Emotive Behavior Therapy (REBT) as the solution.

REBT is a form of psychotherapy that is still in use today. It was designed to help Dr. Ellis’s clients understand how their doubts and fears were caused by thoughts they might not have realized were irrational. And by learning to challenge the rationality of your thoughts, you can prevent the negative feelings that can impair your actions.

A – The job you’ve had your eye on for some time suddenly becomes available and this prompts you to think about whether you should post for the opportunity.

B – You think your chances of being offered the job are dismal. You believe others are more qualified and your last performance rating wasn’t that great. You think you may never get out of the job you’re in.

C- You feel helpless, down, and blue about yourself and this situation. You consequently lack the motivation to apply for the job you’ve always wanted. You give up.

Was this the best decision? It depends on whether the beliefs that motivated it were rational. Was it rational to think you’ll never move out of your current job? Or that other people are more qualified when you don’t know who the competition is? Or that you won’t be liked because of an old performance appraisal?

Not only was the belief in this example irrational, it motivated a self-destructive behavior that could have been avoided. If only the person had developed the skill of challenging or disputing their irrational thoughts and habitual pessimistic thinking.

In his bestselling book, “Learned Optimism: How to Change Your Mind and Your Life,” educator and psychologist Martin Seligman makes good use of Ellis’s ABC model in explaining how to control your thoughts and feelings. That you should “go on the attack and give your thoughts an argument.”

Dr. Seligman is the founder of positive psychology and past president of the American Psychological Association. He refers to the giving up reaction in the above example as learned hopelessness, which is caused by your explanatory style or how you habitually explain to yourself why things happen in either a pessimistic or optimistic manner.

In his research, Seligman found that people feel hopeless and give up when their explanatory beliefs take the form of being personal (e.g., your chances of being offered a job are dismal), pervasive (e.g., your performance appraisal will always become a problem), and permanent (e.g., you may never get out of the job you’re in). But when explanatory beliefs take the opposite form, which is more optimistic, you become energized and won’t give up. This is the benefit of attempting to control your thoughts.

But because your beliefs have been reinforced over time, their underlying thoughts can occur automatically or without you realizing what you were habitually thinking. And since they’re your thoughts and beliefs, you make the mistake of believing they’re true even if they may be irrational.

The solution to correct for Seligman’s learned helplessness and faulty explanatory beliefs is his learned optimism. You learn to “tune-in to your internal dialogue.” Pay attention to how you feel as an indicator of what you were thinking then look for evidence to dispute the thoughts that caused the feeling. You can also look for a different or better explanation to dispute your thoughts. Ask yourself, “Is there a less destructive way to look at this situation?”

While Seligman found that disputing your thoughts offers the most reliable means for improving your explanatory beliefs, he also suggests redeploying your attention. This involves distracting yourself from thinking a pessimistic thought.

Here are some of the examples he provides. When the troubling thought occurs, distract yourself from thinking by standing up and slapping the wall, while saying STOP. Carry a 3×5 inch card with the word STOP written on it and pull it out as a reminder. Wear a rubber band on your wrist and snap it when the thought occurs. Pick up a small nearby object and meditate on it instead of thinking the thought. Or write the thought down and move on without thinking any more about it.

The desire to establish a relationship with a woman certainly motivated Ellis to conquer his fears. And in doing so, he enabled all of us the means to conquer the difficulties involved in how we think, feel, and take action in a rational manner. To quote Seligman, “It’s as easy as ABC.”

Jeff Garton is a Milwaukee-based author, certified career coach, and former HR executive and training provider. He holds a master’s degree in organizational communication and public personnel administration. He is an originator of the concept and instruction of career contentment. Twitter: @ccgarton