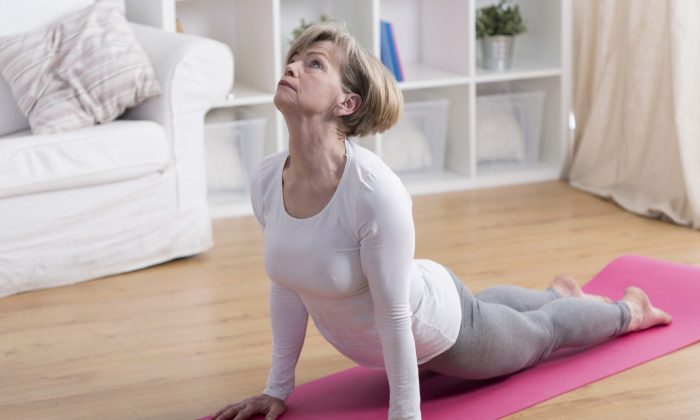 If you support the body in the right way, you can reverse arthritis. (KatarzynaBialasiewicz/iStock)
Mind & Body

Secrets of Korean Medicine, Part 7: End the Pain of Arthritis

Regenerate cartilage by improving the health of the kidneys and lungs
By Dr. Seo Hyo-seok

Arthritis has plagued the earth since time immemorial. The skeleton of Lucy, the almost 3.2 million-year-old hominid, appears to have suffered from arthritis.

In different forms, arthritis has also affected many renowned people. Sir Isaac Newton, Charles Darwin, and King Louis XIV suffered from gout, a type of arthritis that is said to impart pain “when even gentle breezes blow.” Also referred to as the “disease of nobility” because it manifests in those who are too well-fed, gout is caused by inflammation due to excess uric acid in the blood. The uric acid is converted into crystalline form and deposited in the joints.

In the latter part of his life, the artist Renoir painted by tying the brush onto his hand because of severe pain from rheumatoid arthritis. Because of this limitation, his painting style changed from delicate and beautiful to very rough as his arthritis worsened. The much-loved French singer Édith Piaf also suffered rheumatoid arthritis that made her hands twisted and stiff before she died at age 47.

The three most common types of arthritis are degenerative or osteoarthritis, rheumatoid arthritis, and gout.

Osteoarthritis manifests due to weakening of bone and cartilage from the wear and tear of aging.

Rheumatoid arthritis is an autoimmune condition that causes chronic inflammation of the joints and can eventually destroy them.

As mentioned above, gout is caused by the accumulation of crystalized uric acid in joints or other tissues due to the failure to excrete it.

Arthritis can also occur following trauma such as fracture, or damage to a ligament. Other types of arthritis include purulent and tubercular arthritis, which arise from infection or tuberculosis, and psoriatic arthritis, which occurs in people with psoriasis.

In Korean medicine, arthritis is thought to be the result of weakened kidney function. When the kidneys are weak, the circulation of energy and blood during cold weather will not be strong, and residue of various substances will be generated and accumulate in the joints of the hands and feet. This residue will eventually decompose and become arthritis.

When the human body is exposed to excessive wind, cold, or moisture, similar problems will occur. Therefore, in Oriental medicine, enabling good circulation of blood by keeping the joints warm is the basic treatment for the arthritis patients.

Thus, unlike Western medicine, which focuses on alleviating symptoms with drugs and surgery, the Oriental medicine approach enables the body to rebalance and heal naturally without recurrence of symptoms or side effects.

Modern medicine has also acknowledged the close relationship between the kidneys and bones.

In Oriental medicine, the kidneys are also seen to play a key role in generating bone marrow and maintaining the health of the bones. In fact, modern medicine has also acknowledged the close relationship between the kidneys and bones by showing that erythropoietin, a hormone secreted by the kidneys when oxygen levels are low, signals the bone marrow to increase the production of red blood cells. The kidneys also help regulate and metabolize calcium, a key ingredient in bones.

The medicine I developed, Pyunkang, heals arthritis by applying the Korean medicine principle that when people are weak, they need to strengthen the functions of a superior organ. Accordingly, since the superior organ of the kidneys is the lungs, it is possible to restore the fundamental health of the bones by fortifying the health of the lungs.

Bone is categorized into soft bone (cartilage) and hard bone. Cartilage regenerates faster than hard bone, and in general, it is possible to greatly regenerate cartilage after about six months of the treatment focused on cleansing the lungs.

In particular, I recall one female patient, a former professor, who took the herbal medicine for 18 months to cure her pulmonary fibrosis. After these 18 months, she grew more than half an inch (1.6 centimeters) taller, in spite of her advanced age of 73 years. This growth indicates that the resilience and elasticity of the cartilage between her vertebrae had been restored.

I have also treated patients with growth disorders by improving their pulmonary function and have gotten excellent results.

Once the elasticity of cartilage is restored, it is possible to cure arthritis that has progressed even to the point of deforming the joints. Moreover, when the health of kidneys has improved, they will better filter blood and more thoroughly discard waste in the blood through the urine. This enhanced elimination will gradually lower the uric acid levels in the body.

When kidney function is improved, gout can also be eliminated.

When kidney function is improved, after about six months of treatment, gout can also be eliminated, and since this kind of treatment fundamentally removes the cause of the disease, gout will not recur.

If you or any others you know feel despair that they will never be able to escape the pain of arthritis, I sincerely recommend that you put effort into cleansing your lungs, and don’t let go of the hope that your joints can be regenerated.

Healthy lungs can facilitate the elimination of the uric acid and restore damaged cartilage and hard bone to its previous healthy state. I also recommend caution about artificial joint implants. These should be considered as the last resort because the ability of your body to restore itself is indeed very amazing and great.

Dr. Seo Hyo-seok is the director of the Pyunkang Korean Medicine Hospital, which has seven branches in South Korea, one at Stanton University in California, and one in Atlanta. Dr. Seo entered Kyung Hee University in Korea at the top of his class and after years of research, developed the Pyunkang-Hwan herbal formula, which improves immunity by strengthening lung function. It has helped cure over 155,000 patients of various conditions. Find out more at Pyunkang.com. Email: Dr.Seo@wwdoctor.com

5 Korean Superfoods to Bring Health and Balance to Your Body