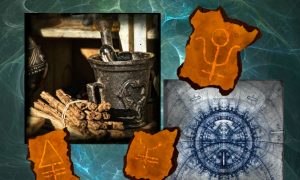 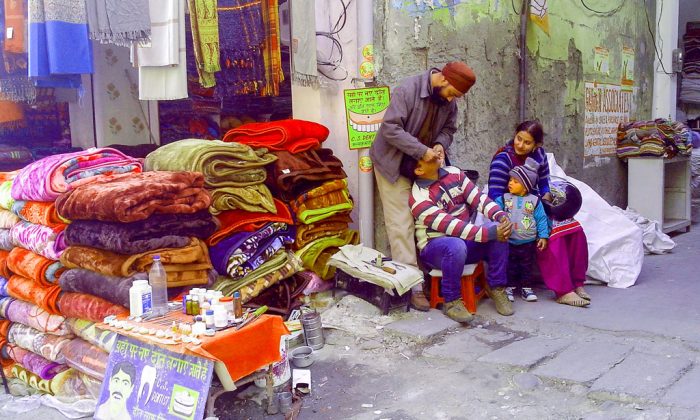 A Bhatra practices on the road side in Gumat bazaar area of the northern city of Jammu, India on Jan. 2, 2015. (Venus Upadhayaya/Epoch Times)
Beyond Science

A family in India has been using this medicine for centuries, but may soon stop
By Venus Upadhayaya
biggersmaller
Print

JAMMU, India—A family in the northern Indian city of Jammu has the recipe for a rare drug that can painlessly remove a tooth without anesthesia or surgery. As part of an ancient medical heritage, the family has been using this drug for centuries, passing down the recipe for generations.

Rattan Singh, who works in a small clinic on a side street of the Gumat Bazaar in Jammu city, is one of the recipe holders.

On a cold January day, Vijay Kumar, age 67, came into Singh’s clinic with an aching tooth. Singh applied his concoction soaked in cotton to the area around the tooth, and within a minute, had it removed.

Singh applied his concoction to the area around the tooth, and within a minute, had it removed. There was no bleeding and no pain.

There was no bleeding and no pain. “I didn’t even know what happened,” Kumar said.

The drug is transparent like water but smells very strong. According to Singh it can catch fire like gasoline. He hasn’t made the drug himself; what he has was made by his grandfather, and he still has about a quart of it left.

The Indian Sage Who Developed Atomic Theory 2,600 Years Ago

Singh’s father and grandfather left him and his four brothers, who also have clinics on the same street, with four remedies older than 100 years, which they are still using. While Singh is still a traditional dentist, his brothers have become dental mechanics, certified by the government.

“Others do possess this drug, but they keep it a secret,” Singh said. He only uses it when a customer requests it, saying he believes it affected his now-deceased father’s eyesight.

Singh and his brothers are part of a community of Bhat Sikhs or Bhatras, a community whose ancestors were scholars and priests who lived on the now dry Saraswati River between India and Pakistan.

Brahmin in origin, they became followers of Guru Nanak, who is the grandfather of the Sikh religion. One of Guru Nanak’s followers, ruler Raj Shivnabh, had a grandson who became a poet and scholar. He was called Bhat Rai, or the “Raj of poets” for his literary skill, and the name Bhatras evolved from “Bhat Rai.” Bhat means “bard” in Sanskrit, and the Bhat Sikhs are Sikh bards or scholars.

Today the Bhatras can still be seen in the narrow lanes of the Gumat Bazaar, sitting at small tables with acrylic teeth and old dentures on display to attract clients.

Singh said his father, who came to the region when it was still ruled by a king, also used to practice this way.

“He would sit in the public junction and offer his services to people. Slowly people came to know about him, and we are carrying forward that legacy,” he said, showing an old leaflet that his father used to publicize his services.

While they mostly work in the open street, don’t wear protective gloves, and some of their tools look like they belong in a carpenter’s shop, many people still come to them because they are affordable and effective.

“I had a client in Delhi. He told another high-ranking officer from Maharashtra [a coastal state about 700 miles southwest of Delhi], and he came all the way looking for me in this lane in Jammu,” Singh said.

Unfortunately for Singh, this means he can’t make a living from his practice.

“My father told me not to cheat anyone, so I can’t charge them exorbitant amounts of money,” he said. “Since I cannot charge extra, I cannot survive practicing this only.”

He has started a small electronics business and survives by renting property in the main market nearby.

And it looks as though the practice of traditional dentistry will not be carried on in his family much longer.

Singh’s brothers have already given up the practice and his children aren’t interested in practicing traditional dentistry either. His apathy toward his medicinal heritage is also apparent, he says he doesn’t want to practice anymore and wants to find a new career in another industry.

But until then, he is a living testament of the power of traditional healing.