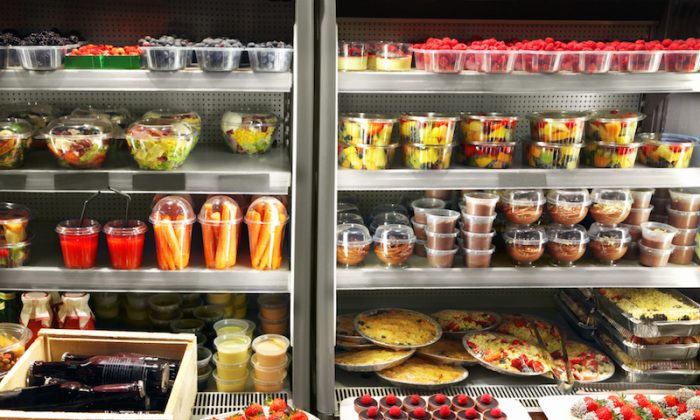 Scientists Warn of Chemical Dangers in Food Packaging, but Not Without Their Critics

Environmental scientists have warned the long-term effects of synthetic chemicals used in packaging, food storage and processing food could be damaging our health.

In a paper published in the Journal of Epidemiology and Community Health, the authors said most of these chemicals were found in “food contact materials”, including can coatings, laminates on cartons and glass jar seals. Small amounts of chemicals used in these materials can diffuse into food, and this can be accelerated by increased temperatures, the type of material used and the length of time foods were stored.

While some of these chemical migrants were regulated, such as indirect food additives in the US, they said, not all were and as a result contaminants (though not legally defined that way) mean consumers are “chronically exposed to synthetic chemicals at low levels throughout their lives, including the most sensitive periods of development”.

Along with controversial substances including endocrine-disrupting chemicals that have been associated with lower fertility, increased incidence of endometriosis and some cancers, the authors said there were more potential chemicals beyond the 4,000 known in food materials.

“In the US, several types of asbestos are authorised as indirect food additives for use in rubber,” they wrote. “While formaldehyde, another known carcinogen, is widely present at low levels in plastic bottles made of polyethylene terephthalate; formaldehyde also migrates from melamine formaldehyde tableware.”

“Considering how widely beverages are consumed from polyethylene terephthalate soda bottles, this may amount to a significant, yet unrecognised, exposure of the population.”

The authors, linked by the Food Packaging Forum Foundation, a Swiss-based charity that includes donors from the glass packaging industry, suggest that more studies be carried out. They suggested analyses of the uses of materials throughout the food chain and in food packaging, measuring consumer habits such as how food was stored, and what kinds of packaging people preferred to buy.

Catherine Itman, a research fellow at the University of Newcastle who did not work on the study, said, “Our convenient relationship with food means we can basically eat what we want, when we want. Much of this is owed to chemicals.”

“Although the number of studies linking chemical contamination of foodstuffs to human health problems is increasing, we actually know very little about how chemicals affect bodily functions or promote disease, or at what life stage we are susceptible,” she said.

“We must also be prepared to consider whether the risks posed by chemicals identified as unsafe are outweighed by the substantial benefits we derive from their use.”

Some experts raised concerns over aspects of the paper. Ian Musgrave, a pharmacologist at the University of Adelaide, said it was “very hard to take seriously an article on the risks of packaging” that framed the dangers of formaldehyde so starkly.

“Formaldehyde is also present in many foods naturally, to consume as much formaldehyde as is present in a 100 gram apple, you would need to drink at least 20 litres of mineral water that had been stored in PET bottles,” Musgrave said.

“The concern about formaldehyde from food packaging is significantly overrated, unless we are willing to place ‘potential cancer hazard’ stickers on fresh fruit and vegetables.”

He added, “While we should not be dismissive of the potential for undesirable materials in packaging to migrate into food, the risks are exceptionally small. As demonstrated by the formaldehyde mistake in this paper, concentrating on very low levels of migrating materials without paying attention to the concentrations in regard to physiology, or other health risks, will create unwarranted concern.”

Oliver Jones, a lecturer in analytical chemistry at RMIT, called the association with air pollution “tenuous” and called for more data. “There are a lot of possibilities and maybes in this article and while there may be a case for more research into some of the chemicals mentioned, particularly the endocrine disruptors, this article does not make it very well.”

“The overwhelming weight of scientific opinion is that there is no health or safety issue from these chemicals at the levels people are exposed to.”

“More research is always welcome from a scientist’s point of view but I would hazard a guess that the high levels of fat, sugar and salt in a lot of today’s processed food are more of a health concern than any migration of chemicals from the packaging.”

While more research could help understanding of the long-term effects of low dose chemicals in the body, this could prove expensive.

Ian Rae, honorary professorial fellow at the University of Melbourne, said that though chemical toxicology was generally well understood, the long-term impacts from low-level exposure weren’t well documented. But it was unlikely the epidemiological and clinical studies suggested by the paper’s authors would be carried out, mainly because it would be too costly.

But, he said, “Manufacturers are already feeling the pressure and changing to safer alternatives even before they are faced with definitive research results. It’s good marketing practice to get in before regulation strikes.”

“We have seen it in the case bisphenol A and phthalates, that are already disappearing from some products. If it comes down to consumer pressure, it’s helpful to have articles like this one from reputable scientists.”

*Image of food packaging by Shutterstock