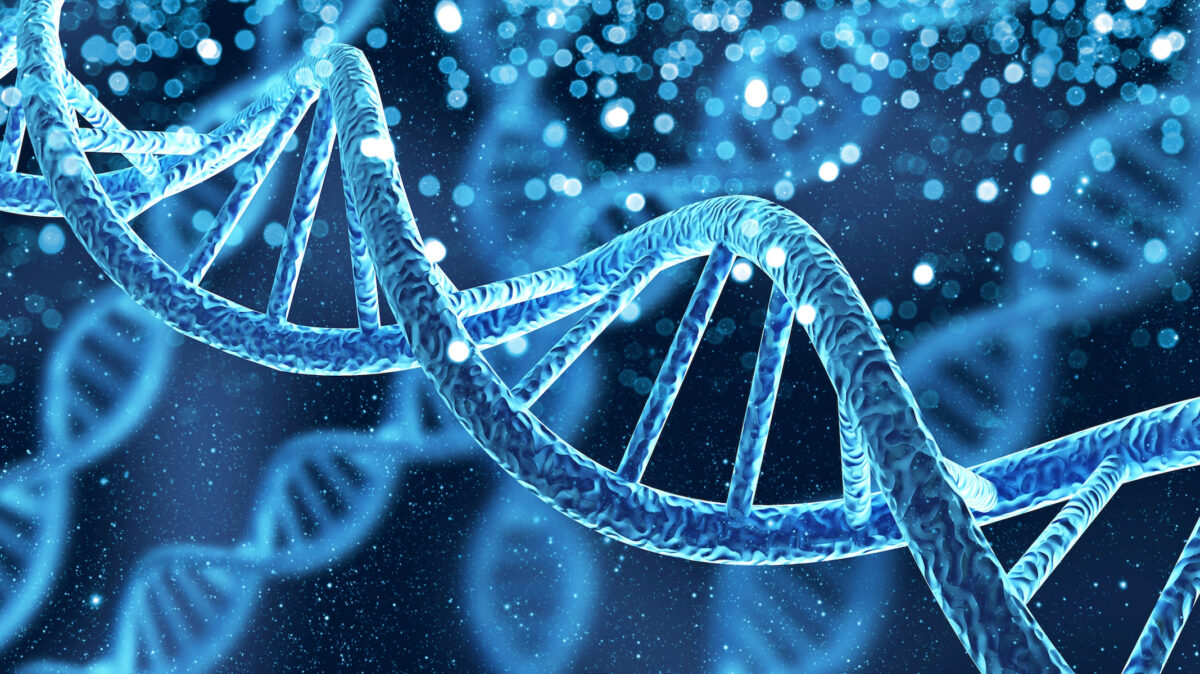 Do Electromagnetic Fields Regulate Your Health? What Schumann Resonances, Bacteria Teleportation, and Frankenstein Have in Common

There is a classic scene in Mary Shelley’s “Frankenstein” where the main character, Victor von Frankenstein, reanimates his monster made of dead tissue with a shock of electricity.

The book, of course, is fiction.

But the idea that electricity can create life is becoming less far-fetched after a series of compelling experiments by famed French virologist and late Nobel Laureate Luc Montagnier.

These experiments seem to have demonstrated something incredible: that the electromagnetic forces that emanate from the earth could be responsible for facilitating the creation of new DNA.

Here’s what he did and why it was so unique, and what it could suggest about the impact of electromagnetic fields in medicine and life.

Dr. Montagnier’s study reports that the research team first created two test tubes—A and B. These tubes were set up beside each other, but with space between them so they were not touching. Tube A contained a fragment of DNA from Mycoplasma pirum, a type of bacterium. Tube B contained pure water.

The tubes sat for 16 to 18 hours. After this time, the researchers used polymerase chain reaction (PCR) to amplify the trace DNA fragments so that they could be detected. At the end of the experiment, the team looked in both test tubes to determine whether they contain the original DNA fragments.

Now, we would expect only Tube A to have the DNA fragments in it.

But Montagnier’s team also detected fragments of the same DNA in Tube B.

What happened? How did they get there?

One explanation made by Montagnier’s team is that DNA emits low-frequency electromagnetic waves. Then, in the presence of the 7 Hz field, these waves can imprint the structure of that DNA onto the water. That structure is maintained and amplified through quantum coherence effects.

Because that structure in the water is maintained, enzymes in the PCR process mistake it for actual DNA, and use it as a template to create new DNA.

However, it seems to be more surprising to assume that enzymes and nucleotides could generate DNA based on imprinted DNA in water but not real DNA substance.

Another explanation is that DNA was reproduced in the electromagnetic field, and there was a trace amount of DNA substance in Tube B before the PCR examination.

Professor Montagnier repeated the test 12 times with identical results. Russian scientist Peter Gariaev, an expert in wave genetics, repeated the experiment and had similar results as well. Gariaev reported that the materialization of DNA fragments in pure water in the presence of its phantom was delivered by modulated wide-spectrum electromagnetic irradiation. These demonstrate that the effect is repeatable.

Even though the result of his experiment may be a bit too hard to understand, scientists all over the world who have the right lab equipment could repeat this by themselves.

2. What Are Electromagnetic Fields?

Note that there are some factors that suppressed the effect. If the exposure of the tubes was reduced to fewer than 16 hours, there would be no DNA detectable in test Tube B. And, if there was no DNA in Tube A to begin with, there wouldn’t be DNA in Tube B either.

Finally, the experiment didn’t work without the copper coil surrounding the two tubes, or with the coil but without the electromagnetic field being generated. It also didn’t work with a frequency lower than 7 Hz. This all suggests that the electromagnetic field created by the generator and facilitated by the coil was essential to creating the effects.

So what are electromagnetic fields?

Intensity has to do with the strength of the magnetic component of the electromagnetic energy. It is measured in Teslas (T). Frequency is how many complete waves occur in a given time period. 2 Hertz (Hz) means that two complete oscillations—a complete wave—goes by in one second.

High-frequency electromagnetic radiation, like X-rays and Gamma rays, is “ionizing” and can be harmful to people.

Electromagnetic fields are all over. They are produced by any device that uses electricity, including your hair dryer, computer, and microwave oven.

They are also produced naturally. A large, low-frequency electromagnetic field is produced by the earth’s core. It’s part of our atmosphere and is called the magnetosphere. Electromagnetic fields are also created and amplified by the regular occurrence of lightning storms around the world.

According to Dr. Montagnier, an electromagnetic field of about 7 hertz was essential for the experiment to work.

What is special about this number?

Well, it turns out that this frequency is very similar to the frequency of the Schumann resonances naturally produced by the earth.

Schumann resonances are a set of electromagnetic waves that bounce around the earth. These resonances are generated by lightning discharges that happen in the space between the earth’s surface and the ionosphere.

Because they have just the right wavelength for the diameter of the Earth, these waves combine and increase in strength, causing a repeating electromagnetic “heartbeat.” The ionosphere and the surface act as waveguides, trapping the electromagnetic waves and causing them to resonate around the planet.

These resonances were first predicted in 1952 by the German physicist Winfried Otto Schumann, and the waves were named after him. They were first measured reliably in the early 1960s and are now recognized to make up the principal part of the Earth’s electromagnetic spectrum.

Over time, scientists have discovered that variations in the resonances correspond to changes in the seasons, solar activity, activity in Earth’s magnetic environment, atmospheric water aerosols, and other Earth-bound phenomena.

Schumann resonances occur between 3 hertz and 60 hertz, but the dominant wave of these resonances tends to hover around 7.83 hertz—almost exactly the same as Dr. Montagnier and his team used in their study. This pulse of 7.83 hertz has been resonating around the planet for thousands of years.

4. Schumann Resonances May Affect our Health

Some research suggests that electromagnetic fields may play a role in regulating our bodily functions and maintaining health.

One proposed reason for this effect is that some of the control systems in living organisms are based on mechanisms of electric conduction. Research suggests that some organs—for example, the brain and other neural structures—can be especially sensitive to changes in geomagnetic fields.

On the other hand, geomagnetic storms may interfere with the normal functioning of our bodies. For example, one study found that artificially created geomagnetic storms were associated with loss of circadian patterns in the rhythms of cardiac function.

If electromagnetic fields play a role in our health, could Schumann resonances—those fields generated naturally on the Earth—also affect health?

Here are some of the other ways that Schumann resonances, and the low-frequency electromagnetic pulses they create around the earth, are thought to foster health in people.

The researchers looked at the impact of these “enhanced” Schumann resonance days on blood pressure, heart rate, general health, and depression. Participants wore a blood pressure monitor for a week and also completed daily health and depression surveys.

Indeed, these researchers also found that there were better scores of health indicators on days with lower blood pressure.

(Note, there was no effect of enhanced Schumann resonance days or changes to blood pressure characteristics on depression scores.)

The study suggests that Schumann resonances have an effect on blood pressure and heart rate, which are in turn related to health outcomes.

Melatonin is a hormone found in humans that plays an important role in a number of bodily functions, including synchronizing bodily rhythms. Importantly, it’s involved in controlling the sleep-wake cycle and the regulation of blood pressure. In other mammals, it’s also involved in yearly rhythms including reproduction, molting, and hibernation.

For example, one study followed electrical utility workers who were exposed to electromagnetic fields of about 60 hertz. The researchers found that there was a significant reduction in melatonin metabolites in those workers’ urine on the day after exposure. This suggests that exposure to the EMFs at 60 Hz could reduce melatonin. Another study found similar results in a sample of railway workers exposed to 16.7 Hz magnetic fields.

Note that several epidemiological studies failed to find any effects of super low frequency (30 Hz to 300 Hz) magnetic fields on melatonin secretion. So the effect is not yet clearly established or understood.

Electromagnetic Fields as Therapy for Sleep

On the other hand, several studies have investigated the use of extremely low frequency (3 Hz to 30 Hz) to actually improve sleep.

In one randomized controlled study, participants with chronic insomnia were either given a placebo treatment or exposure to low energy emission therapy for 20 minutes, three times a week, for four weeks. The field was generated through a spoon placed on the participants’ tongues. The therapy used frequencies that ranged between 0.1 Hz and 10 Hz.

The therapy seemed to be effective at reducing insomnia. In the group of patients receiving the active treatment, sleep time increased and there were 30% more sleep cycles per night. These changes weren’t seen in the placebo group.

Studies like these suggest that EMFs with frequencies similar to Schumann resonances may help facilitate sleep, at least in individuals suffering from insomnia. However, the effects of electromagnetic fields on either sleep or the melatonin system are not yet completely understood.

5. Schumann Resonances May Be the ‘Tuning Fork’ That Keeps our Bodies Regulated

Schumann resonances are ubiquitous on the earth and the dominant wave consistently sits at a frequency of 7.83 Hz.

Remarkably, this is about the same frequency as the electromagnetic waves produced by the human brain. Indeed, all animals with a central nervous system emit brain waves that fall into the range of 8-10 Hz.

And, even more remarkably, this is precisely the same frequency that Dr. Montagnier used in his experiments. His work suggests that a 7 Hz electromagnetic frequency can facilitate the imprinting of DNA in water, which enzymes can subsequently use to build an entirely new strand of DNA.

Is it only a simple coincidence? No. We can’t attribute this complex life phenomenon again to a coincidence. There must be a reason behind this.

Life evolved in the context of Schumann resonances. And those resonances may continue to play an important role in regulating many physiological processes in Earth’s living organisms.

While the exact nature of the role that Schumann resonances play in our health is unclear, there does appear to be some evidence that the specific frequency range of these waves may be important for regulating human health.

At the same time, exposure to frequencies outside of that range may de-regulate physiological processes. High-frequency EMFs are known to damage human DNA and cells. And even low-frequency electromagnetic fields may cause health issues, including—possibly—cancer.

Possible explanations for the contradictory data seen in the results include that there are many different types of invisible EMF in the universe, that the studies were conducted under different types of EMF, and that some undiscovered EMF may have influenced the subjects.

Dr. Montagnier isn’t Dr. Frankenstein. Thankfully, we’re still unable to create life in a monster sewn together from dead tissue by sending electricity into it.

But it appears increasingly likely that electromagnetic fields can influence our health in much more subtle ways.

Additionally, the earth’s own electromagnetic behavior may be one of the key ways that our body regulates itself to keep us healthy.

Sandyk, R. (1997). Resolution of sleep paralysis by weak electromagnetic fields in a patient with multiple sclerosis. International Journal of Neuroscience, 90(3-4), 145-157.

Dr. Yuhong Dong
Follow
Dr. Yuhong Dong, a medical doctor who also holds a doctorate in infectious diseases, is the chief scientific officer and co-founder of a Swiss biotech company and former senior medical scientific expert for antiviral drug development at Novartis Pharma in Switzerland.
SHARE
Friends Read FreeCopyFacebookTweet
You May Also Like