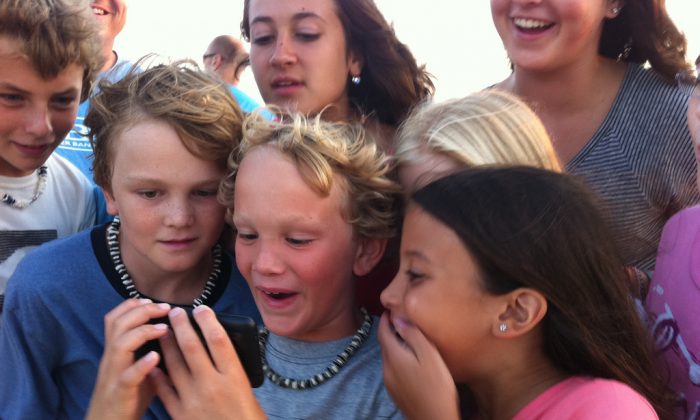 Say ‘Ahh’ to Let Your Smartphone Check for Parkinson’s Disease

Smartphones are designed to be curious. Having already learned about your friendships, your family and the pattern of your daily routine, designers are now interested in your health and fitness.

A new crop of apps and wearable devices continuously measure and analyse vital signs such as movement and heart rate, claiming to count calories, optimise sleep quality and guide diet. While cynics might be tempted to dismiss these products as glorified pedometers for lycra-clad smartphone addicts, new research shows that the hardware inside existing consumer devices can already reliably detect degenerative, life-changing disorders, including Parkinson’s disease.

Parkinson’s currently affects between seven to 10m people worldwide, and there is no cure. The disease can be diagnosed from a number of characteristic symptoms, including muscle tremor, changes in speech and difficulty of movement. However, diagnosis is challenging and usually involves regular visits to the doctor. It is estimated that one in five people with Parkinson’s are never diagnosed. Even if diagnosed, it can be difficult to accurately assess the how efficient treatment is in managing the disease.

Max Little, lecturer at Aston University’s, uses “machine learning” techniques – where an algorithm improves itself based on data it collects – to find subtle signals hidden in large datasets. In a recent study, announced at the British Science Festival, Little gave off-the-shelf smartphones to patients with Parkinson’s, as well as a healthy control group. Using the built-in accelerometer, which measures movement and forces acting on the phone, Little was able to distinguish between those with the disease and those without it at up to 99% sensitivity. The detection method relies on subtle but measurable differences in the patient’s movement, including rigidity and impaired balance.

The onset of Parkinson’s is sometimes accompanied by changes in speech, including vocal tremors, breathlessness and drift in pitch. In another pilot study, 50 people were asked to say “ahh” into the phone over the course of a few weeks. Based on these audio recordings, Little and his collaborators were able to accurately estimate the extent of disease progression in individual patients (using a standard measure of severity called the Unified Parkinson’s Disease Rating Scale). A more recent study by Little – part of his Parkinson’s Voice Initiative – collected voice samples from 17,000 participants, and further work is underway. Little is hoping to find 2,500 participants for a voluntary study, which aims to integrate motion data with location and call frequency, collected using smartphones.

Testing for diseases without visiting a doctor is an ethically complex area, and Little emphasises that the predictive power of his method for early diagnosis is not proven. However, the ability to objectively measure symptoms without a visit to the doctor would provide valuable feedback during management of the condition. He said:

This new kind of remote data analysis will help patients to monitor their conditions on a minute-by-minute basis from the comfort of their own homes. Of course, it is still important that they receive regular advice and treatment from medical professionals. Physicians may be able to use data collected by their patients’ smartphones to prescribe medications to help control the progress of neuro-degenerative conditions.

Smartphones and smartwatches are gaining increasingly powerful sensors with potential medical applications. The recently announced Apple Watch features a sophisticated optical heart-rate and motion sensors. Other devices, such as Basis promise to measure skin conductance, which correlates with stress.

This new capability compounds existing, urgent questions around the ethics, economics and information security of these devices. For instance, health insurance providers have a lot of interest to gain access to this data. Should they be able to buy it? Is it ethical for a company to target ads based on their model of your ongoing neurological decline? All things being equal, would you rather be diagnosed by your phone or your doctor?

Earlier this month, the former CEO of biotech company Genentech resigned from the board of parent company Roche, announcing his intent to move to Calico – a new venture established by Google in 2013. Calico will target age-related disease and well-being, including “decreased mobility and mental agility”.

As health research begins to make greater use of data collected remotely from your mobile phone, we should expect to see an interesting and potentially contentious debate around the question of public or private ownership of these new clinical methods and the data they collect.

Pete Shadbolt is a British Science Association Media fellow. This article was originally published on The Conversation. Read the original article.