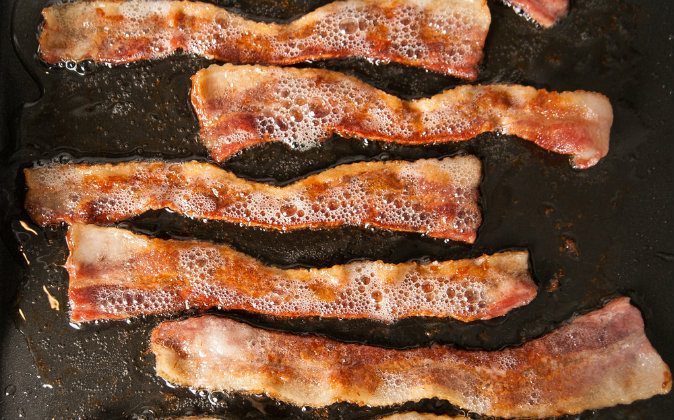 The debate over saturated fat is hotting up: new scientists, intelligent laypeople, anthropological observers, and clinical practitioners, have all noticed that eating fat seems to do little harm – and can actually add some benefit when combined with eating less processed sugars and other carbohydrates.

The debate reflects a change in how the world accesses information and shares ideas. This is largely due to open access journals and social media – in particular Facebook and Twitter – which have the ability to connect research practice with the intelligent public. Fortunately, bad and often politically and/or commercially driven science survives less well under these conditions.

The thing is that science isn’t a democracy. We don’t have a vote and the most popular hypothesis wins. We deal with evidence, and as such we should be prepared to constantly change our mind as new evidence emerges.

And as we better understand the biology of human metabolism and nutrition our position has to change. The time has come for exactly this with saturated fat.

Unfortunately it’s not that simple. Human nutrition is socially complex. Our eating depends on personal and religious beliefs, powerful commercial and political interests, and science that is difficult to conduct both in terms of cost and human ethics.

When you strip back the commercial interests, the politics, the careers based on perpetuating a hypothesis, beliefs, and flawed science, we are left with a young and developing scientific field. We are still learning the basics, and the complexities of everything above, frankly speaking, are beyond us right now.

We don’t understand everything about human nutrition and health. But we do know that the diet-heart hypothesis originally put forward by Ancel Keys in the 1950s is flawed. The main argument the hypothesis puts forward is that saturated fat raises blood cholesterol and so contributes to the risk of a heart attack.

Various claims have been made that:

Proponents claim that reducing dietary saturated fat intake is one of the most successful public health interventions of the last 40 years. This is despite modest reductions in actual incidence along with big changes in other risk factors such as smoking. At the same time we’ve seen a massive rise in obesity, diabetes, cancer, and neurological problems. All of these are metabolic diseases related to diet.

Here’s what we do know. We know that some fats in the blood are associated with heart health. These have known and plausible biological mechanisms. Dietary carbohydrate (especially sugar) and polyunsaturated seed oils high in Omega 6 fatty acids on the other hand are known to increase (bad) oxidised LDL (molecules that can transport fats into the arteries) and decrease (good) HDL (ones that transport fat away from arteries). There is no known mechanism where saturated fat contributes independently and directly to forming oxidised LDL.

We observe that indigenous populations eating diets high in saturated fat, for example the Inuit and groups in the Pacific Islands, do not suffer a high incidence of coronary artery disease. I’ve seen this first hand in my diabetes prevention work in the South Pacific where diets can be very high in saturated coconut fat with an absence of chronic diseases.

Humans evolved in a variety of environments and can cope with a range of protein, fat and carbohydrate intakes but with availability of food likely to be an issue, we are good at storing and burning fat seasonally. Dietary carbohydrate may be important in this kind of fat storage by elevating insulin and creating leptin resistance (which regulates energy intake and expenditure).

Polyunsaturated fats in sunflower and canola oils, as well as sugar, are not something our ancestors ate in any quantity, so it’s unlikely our metabolism reacts well to these.

When experimental trials are carried out where people eat more fat, including saturated fat, in the context of a lower carbohydrate diet all their cardiovascular disease risk factors improve.

There are fundamental flaws in many of the trials where polyunsaturated fats have been used to replace saturated fats, which make conclusions had to draw. One example is the Finnish Mental Hospital study where the cross-over design and lack of blinding and control groups make interpretation impossible.

It may be that saturated fat in the presence of other nutrients is bad for us. The meta-analyses of studies are equivocal. Most have flaws each side criticises one way or another.

Despite all this, some still say the casebook is closed. We don’t have all the answers, but we need to take a broader look at the evidence for the links between fat and human health. The message to reduce saturated fat has been successful, but the consequences are that we now eat more refined carbohydrate and Omega 6 fat. This has been a public health disaster. It’s time to stop defending dogma and to start conducting better research into human nutrition.

Grant Schofield receives funding from the Health Research Council of New Zealand and Sovereign (Insurance). He is affiliated with AUT University and does some consultancy work for Vitality Works Ltd, A New Zealand and Australian workplace health provider.

*Image of bacon via Shutterstock