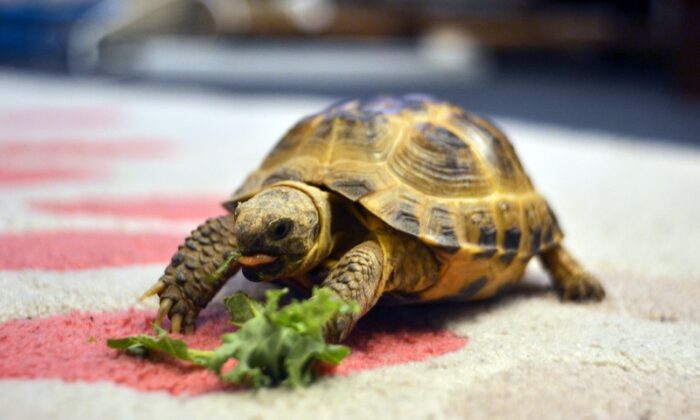 The Centers for Disease Control and Prevention (CDC) warned on July 21 that the latest salmonella outbreak across the United States is linked to turtles.

“Many people in this outbreak purchased small turtles online before getting sick,” the CDC said in an announcement on its website. “Do not buy small turtles with shells less than 4 inches long.”

“A federal law bans the sale of these small turtles as pets, because they have caused many Salmonella outbreaks, but they are sometimes available for sale online and at stores, flea markets, and roadside stands. Always take steps to stay healthy around your pet turtle,” the national public health agency added.

At least 15 people from 11 states fell ill and five of the individuals had to be hospitalized after they bought small turtles online.

Pet turtles of any size can carry salmonella in their droppings, even if they look healthy and clean, the CDC emphasized.

“These germs can easily spread to their bodies, tank water, and anything in the area where they live and roam.”

The CDC said that people can contract salmonella if they touch a turtle or something in the turtle’s environment and then touch their mouth or handle food without having washed their hands. The agency said that people should wash their hands after feeding and handling pet turtles and refrain from kissing the turtles or eating around them.

Salmonella infection is a common bacterial disease that affects the intestinal tract and causes a wide range of symptoms, including stomach cramps, diarrhea, bloody diarrhea, vomiting, a fever, and various signs of dehydration such as not urinating often, dry mouth and throat, and dizziness upon standing up. The infection can be life threatening if it spreads beyond the intestines.

According to the CDC, symptoms of salmonella infection usually start from 6 hours to 6 days after ingesting the bacteria. Most people recover without treatment after four to seven days. However, children younger than 5 years, adults 65 years and older, and people with weakened immune systems, may have severe symptoms that need treatment or hospitalization.