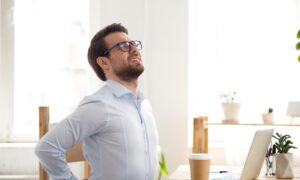 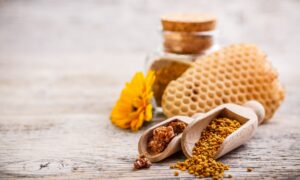 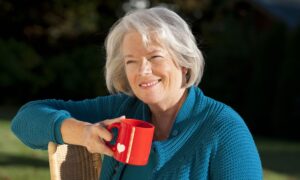 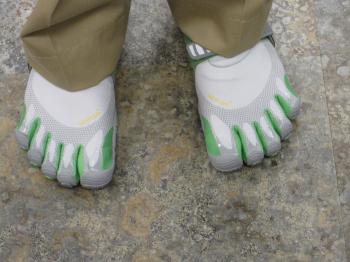 By Louise McCoy
Print
One Sunday at the farmer’s market we met a friend. On looking down, we saw his feet were shod with shoes with toes. He immediately waxed enthusiastic, saying these were the most comfortable footwear in his experience and were recommended to him by a friend who runs.

He is a walker and found them just as suitable for walking. It seemed that these “five finger shoes,” the Vibram Five Fingers, were as comfortable as going barefoot on a carpet.

However, later in the day we saw him navigating a gravel driveway rather gingerly, which made us wonder whether they were really so protective or just his psychological perception of what it would be like if he were really barefoot.

Humans were designed to go barefoot and to chase down their food. The construction of the foot impacts the whole body. Our arches and calves were designed as shock absorbers for the knees as the foot lands on the ball of the foot when running barefoot.

Shoes force our heels down first. Our balance is improved when our toes strengthen after being able to operate independently. Writing in Blogs, people who wear Five Fingers have reported knee, back, and foot pains disappearing and their posture improving.

For some, five-toed shoes may not be suitable. Dr. Robert A. Kornfeld, podiatrist from Manhasset, N.Y., said, “The forefoot (ball of the foot) needs to be stable to propel the body forward. Otherwise compensatory problems occur in the knees, hips, or lower back.”

People with unstable forefeet tend to have foot problems such as flat feet, hammertoes, or bunions. If you have some foot problem, consult your podiatrist, who will hopefully give exercises to correct the problem at its origin and prescribe transition footwear.

Many flat-footed people have claimed that their feet now have arches after wearing Vibrams.

Most of us have left our barefoot days in childhood. These Vibrams give a new lease on barefoot adventuring, as they can be worn mountain climbing, in rocky creeks, on muddy trails, and on boats. For more information see Superbrian.net/barefooting-it-vibram-fivefingers and Birthdayshoes.com/vibram-five-fingers/kso/

Imagine how useful these shoes would be on a shell-strewn beach!

Barefoot running is now becoming more popular since Chris McDougall’s book “Born to Run,” 2009, about a Mexican tribe, the Tarahumara, who run long distances in minimal sandals with a barefoot advantage. Chris demonstrates these sandals on YouTube:  youtube.com/watch?v=Xv4Se5ka9Pk&feature=related

Five Fingers are difficult to put on at first as our toes are not used to operating independently. After wearing them, some people experience various pains as unused muscles come into play.

The effects of rough terrain are only muted, so our friend mentioned above probably did feel the rocks. The smell can be awful as no socks are worn, but the good news is that the shoes are machine washable. They look funny.

They are made in China but so are a lot of pirated versions of inferior quality. To get the real thing go to Vibramfivefingers.com for a list of stores.