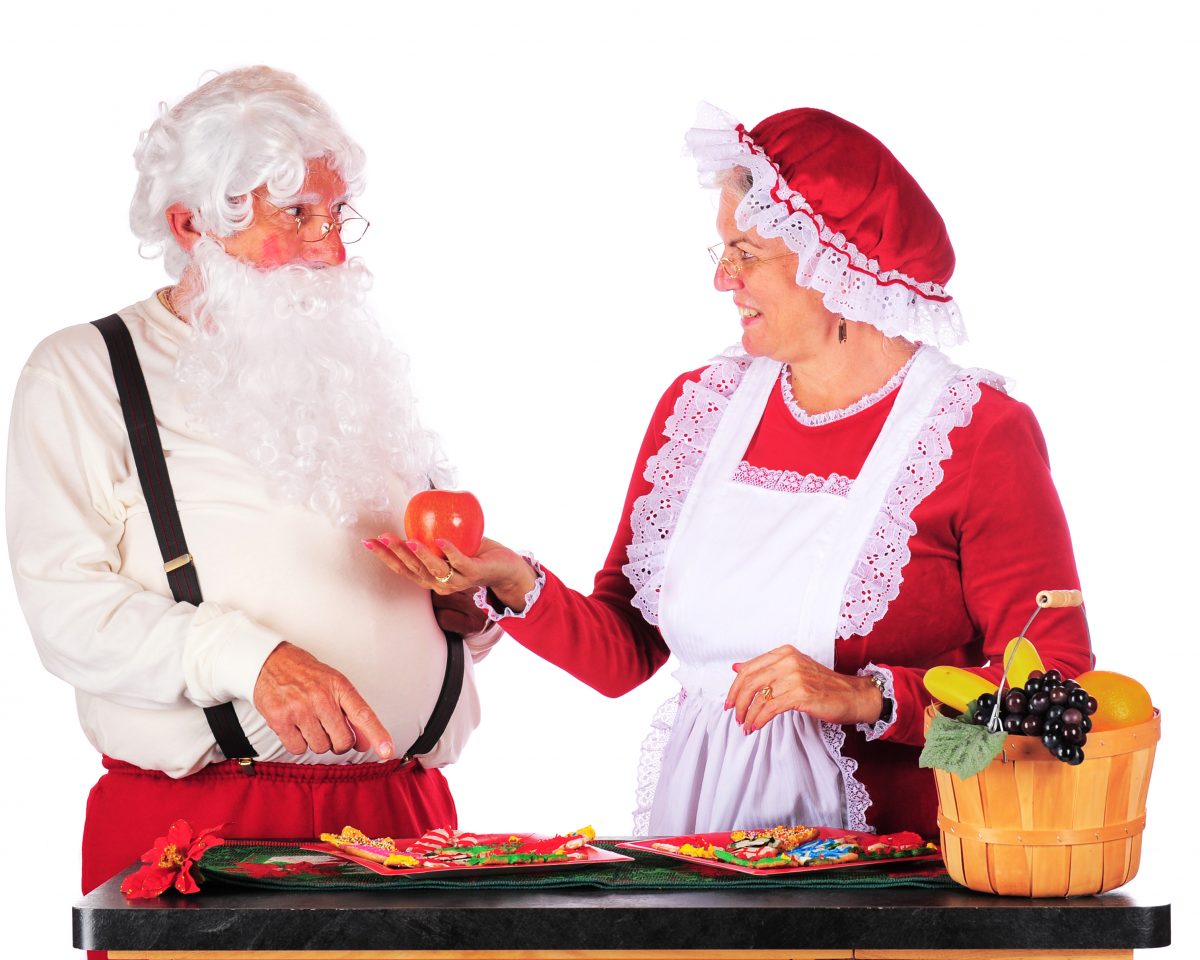 Older people can't eat as much as when they were young. (Glenda Powers/iStock/Thinkstock)
Health

Revamp Your Diet for a Healthier 2015

In 2014, how much progress did we make in the search for a sound lifestyle? Many of us know it’s better to ask for low-fat milk or eat more chicken than fatty meat. Some of us see the nutritional folly of soft drinks loaded with sugar and know that we should eat more fruits and vegetables.

But a report in the Nutrition Action Health Letter, a publication from the Center for Science in the Public Interest, says some messages have not shown up on our radar.

More of us now know that obesity is associated with heart disease and diabetes. But many of us have not learned that extra pounds increase the risk of cancer.

The Canadian Cancer Society claims 35 percent of malignancies are related to poor eating habits, inactivity, and being overweight. Cancers linked to obesity include breast malignancy in postmenopausal women and cancer of the esophagus, uterus, colon, rectum, kidney, and pancreas.

Susan Krebs-Smith of the U.S. National Cancer Institute reports that too many people continue to eat crackers, cereal, pancakes, pizza crust, cookies, and pastries made with refined flour, rather than grains from whole wheat.

The best way to ensure the purchase of whole wheat is to look at the ingredients listed on the product. The word “whole” should be first on the list. Often, it’s hard to find. Whole wheat contains more fiber, minerals, and vitamins to fight constipation and cardiovascular disease.

We need 4,700 milligrams of potassium daily, yet the average person gets 2,900 milligrams. This is not a minor point.

Graham McGregor, professor of cardiovascular medicine at the London School of Medicine in the United Kingdom, says potassium lowers blood pressure. To prove it, McGregor gave an extra 2,500 milligrams of potassium to people with high blood pressure who were only getting 2,200 milligrams from their diet.

His study showed that arteries that had been stiff became less rigid and resulted in decreased blood pressure. The study also showed less thickening of the heart’s muscle.

A U.S. study of 1,000 young adults who consumed more potassium and less sodium also showed less thickening of the heart’s muscle, indicative of a healthier heart.

Consumption of bananas and other fruits and vegetables can ensure enough potassium.

Today, 95 percent of those with Type 2 diabetes are obese. Yiqing Song of the Harvard Medical School says there is consistent evidence that increased dietary magnesium can fight this epidemic. It’s disastrous that 1 in 13 North Americans have this disease. For those over 65, the number is 1 in 4.

In 2015, eating more whole-wheat bread, nuts, a high-bran cereal, and leafy vegetables can help to reduce this disease.

There’s bad news for seniors. Marion Nestle, professor of nutrition at New York University, says, “Food lover that I am, the worst part about getting older is that I cannot eat as much as I used to without putting on weight.” She adds, “I consider this the worst dirty trick of aging.”

The resting metabolism test indicates the amount of energy needed to keep our heart, lungs, kidneys, and other organs functioning day after day. Nestle states that metabolism shifts into lower gear for men at age 40, but not until age 50 for women. (This is another example of the world not being fair!)

What happens is that muscle weight is exchanged for fat, as we burn fewer calories as we age. Moreover, elderly people become less active. This combination leads to more pounds.

The hard truth is that we have to eat less as we age.

Practice Portion Control
This is the 38th year I’ve had the pleasure of wishing readers a happy, safe, and healthy holiday season. My apologies if I’ve just sent you into an eating funk at this festive time of year.

If that’s the case, Brian Wansink of Cornell University, the author of “Mindless Eating,” suggests cutting calories by using smaller plates for food—and pouring your holiday cheer into a tall, narrow glass (wide ones hold more).

It’s also wise to keep food out of sight and reach. And if you delay asking for a second helping or dessert for 20 minutes, you may find that you don’t want it.

These are all good suggestions for 2015.

Dr. Gifford-Jones is a medical journalist in Toronto. His website is DocGiff.com. He may be contacted at: Info@docgiff.com.