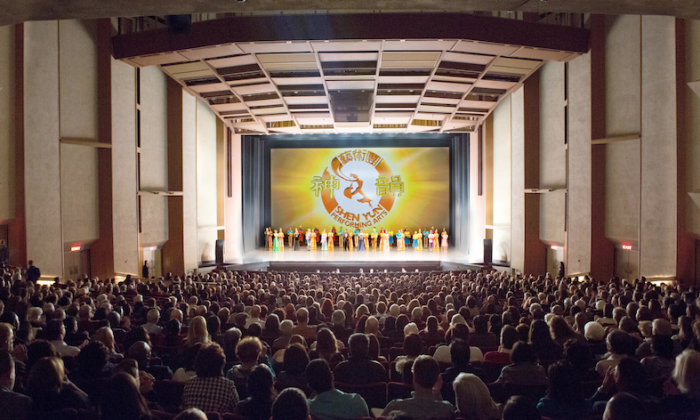 Mr. Gaebler recently announced his intention to retire his position of city manager of Rancho Cordova, where he served for 10 years starting just after the city’s incorporation. He has previously held city manager positions in four other cities and has spoken internationally on reinventing governments. He had worked with former U.S. Vice President Al Gore on President Bill Clinton’s mandate on “reinventing government” and co-authored a book of the same name.

Mr. Gaebler has a personal and professional interest in China, being on the International City/County Management Association, which has a regular summit in China. Thus, he said he enjoyed the cultural introduction he was getting through New York-based Shen Yun, which is not found elsewhere.

“Americans know almost nothing about China,” Mr. Gaebler explained. “This is one wonderful way of getting people to understand China today and understand some of the things that have been going on.”

Shen Yun was established by a group of artists from around the world in 2006 to revive 5,000 years of Chinese civilization, which is said to be inspired by the heavens. The traditional culture was once nearly lost under the current regime during the Cultural Revolution.

“In and of itself it’s a wonderful performance,” Mr Gaebler said, but the added sociological and cultural aspects made it that much more valuable to him.

Mr. Gaebler had been intrigued by the classical Chinese dance performed, a form passed down through thousands of years, and the stories told through it.