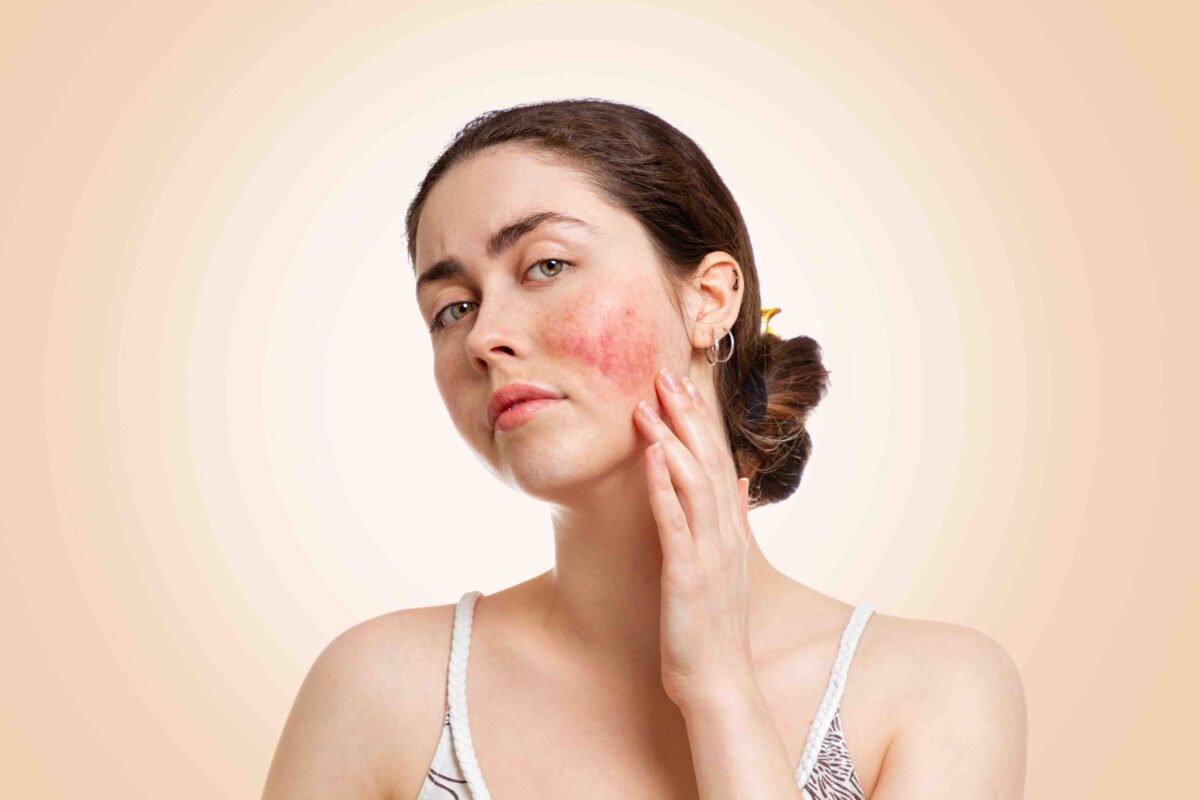 We all get red in the face sometimes. It might be from blushing, an allergic reaction, or a sunburn. But if face redness lasts for a long time it could be a skin condition called rosacea (pronounced ro-ZAY-shah). Rosacea often starts as redness or flushing on the cheeks, nose, chin, and forehead.

“There is extraordinary redness in the central part of the face,” says Dr. Richard Gallo, professor and skin expert at the University of California, San Diego. “And then over time, many people with rosacea also develop many small blood vessels on the skin of their face.”

Rosacea can also cause red bumps that look like acne. It most often affects women ages 30 to 60. It’s more common among people who are fair-skinned. And it can be uncomfortable.

“Sometimes the skin feels like it’s hot, it can be burning, and sometimes a little bit itchy,” Gallo says.

In an extreme form, skin can thicken and enlarge the nose. This is much more common in men. Sometimes, rosacea can also affect the eyes. They can look bloodshot and feel dry or itchy. It can cause blurred vision and other vision problems.

Rosacea often comes and goes in cycles. Symptoms can flare up and then diminish, only to return later. Rosacea can be quite disfiguring and cause a lot of psychological distress, Gallo says.

“We’ve learned that rosacea is a problem with how the skin senses the outside environment,” says Gallo. “The immune sensing system in their skin is too sensitive. So many different things can trigger it, like eating spicy foods, microbes, or too much sunlight. And that causes the skin to become red and have flushing reactions.”

Gallo and his team are studying the role of molecules called antimicrobial peptides. These work like natural antibiotics in the skin, killing some bacteria. But they also trigger the body’s immune system, Gallo explains. He and his team discovered that some people with rosacea make too many antimicrobial peptides. This discovery could eventually lead to new treatments.

Right now, there are several medications doctors can prescribe to treat rosacea. Some work by affecting the microbes that live on the skin. Others help reduce redness by constricting blood vessels in the face.

Laser treatments can also help with redness and improve skin’s appearance. They destroy extra blood vessels in the face. However, laser treatment only addresses the symptoms of rosacea and not the causes.

If you have symptoms of rosacea, a doctor who treats skin disorders, called a dermatologist, can help. For tips on living with rosacea, see the Wise Choices box.