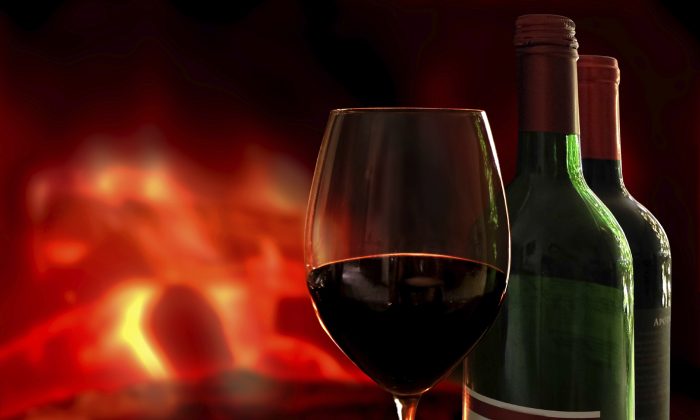 Red wine is more than one of life’s big pleasures.  It’s a bona fide heart healthy, cancer-fighting, anti-aging super-drink.  Or is it poison?

A new University of Washington (UW) study found arsenic in American red wines.  They tested 65 popular, inexpensive wines from California, Washington, New York, and Oregon.  The results showed all but one had arsenic levels exceeding the Environmental Protection Agency’s limits on arsenic in drinking water.

This report follows a 2008 study from Kingston University in London finding that many wines throughout the world contain heavy metals up to 200 times the amount considered safe.

And some California residents have brought suit against 28 California wineries including Franzia, Mogen David, and Almaden for selling products that contain a “dangerous” level of arsenic. The lawsuit claims some of the wines tested 500% higher than what’s considered safe.

Arsenic is a naturally occurring element.  It leaches out of rocks into soil and water and makes its way into the food chain.  In some forms, arsenic is toxic to humans.  Long-term exposure is linked with cardiovascular disease, diabetes, and cancers of the liver, lung, kidney, skin and bladder.

The EPA allows drinking water to contain no more than 10 parts per billion (ppb) of arsenic. The wine samples in the UW study ranged from 10 to 76 ppb, with an average of 24 ppb.

Red wines are generally higher in arsenic than white wines because arsenic in the soil concentrates in the skin of the grapes which are used to produce red wines.

Washington reds had the highest average arsenic levels at 28 ppb and Oregon had the lowest with 13 ppb.

On average, American wines were higher in arsenic than European wines. That may be due to the geology of U.S. wine growing regions.

And levels may rise when a vineyard is planted on land previously dedicated to other crops like orchards which used arsenic-based pesticides. The UW researchers found some evidence that higher levels of arsenic in Washington red wines could be a result of pesticide residue.

And it’s not just wine.  Recently the FDA tested 65 brands of beer.  Ten of them contained two to three times more arsenic than the federal limits for safe drinking water.

Is It Time to Switch to Gin?

Not yet.  Although the study found arsenic in red wine at levels higher than recommended for water, no one – not even the EPA – says the arsenic levels in red wine are dangerous.

For one thing, people don’t drink the same volume of wine as they do water (with perhaps the exception of Gerard Depardieu who admits to drinking 14 bottles of wine a day.)  The study points out that the average adult drinks far more water (between 1.7 and 3.2 cups per day) than frequent wine drinkers (roughly a half cup per day on average).  So while the concentration may be higher, that doesn’t mean you’re getting too much.

No one really knows how much arsenic is too much.

In fact, no one really knows how much arsenic is too much.  But we do know it’s just about everywhere.  Arsenic has been found in apple juice, milk, bottled water, cereal bars, infant formula, salmon, tuna, broth (beef and chicken), seaweed, and many other foods.

Consumer Reports tested 223 samples of rice and rice products such as cereals, baby foods, rice cakes and rice milk, taken from the shelves of grocery stores in the New York metropolitan area or bought online.  Every single product they tested – even organic rice – contained arsenic.

In a companion study, the author of the UW report calculated how much of an arsenic “dose” an average child or adult would get from such food sources and how close it would come to risk thresholds set by the U.S. Agency for Toxic Substances and Disease Registry for total arsenic consumption across a person’s diet.

For an adult who frequently drinks wine, the arsenic consumed from that single source would only make up 10 to 12 percent of the total maximum recommended daily arsenic intake. But if that person also eats large quantities of contaminated rice, tuna or energy bars, for instance, that could push arsenic consumption beyond safe levels.

A person who eats an average or large amount of contaminated rice could get between 41% and 101% of the maximum recommended daily dose of arsenic from that one source alone, the study found. Brown rice is worse.  It contains more arsenic than refined white rice because arsenic concentrates in the bran or outer shell of the rice.  That bran is removed to make white rice but remains intact for brown rice.

The food that posed the largest risk of arsenic poisoning was infant formula made with organic brown rice syrup. The report estimated some infants eating large amounts of certain formulas may be getting more than 10 times the daily maximum dose of arsenic.