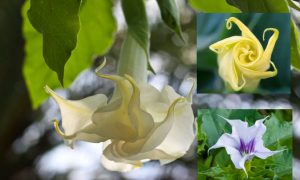 People desire to enhance themselves in all sorts of ways: physically through cosmetic surgery; sexually through Viagra; and through using cognitive enhancing, or smart, drugs to perform better at school or work. In such a globally competitive environment it is likely that the market for the last of these will continue to grow.

The use of these drugs by healthy people for lifestyle reasons is increasing. This has been documented, both by formal and informal surveys and by the Care Quality Commission’s data on prescriptions for methylphenidate (Ritalin); 56% in the past five years in England alone. The increase in prescriptions has been attributed to several factors, including the potential for diversion and misuse, and the CQC has recommended that methylphenidate use be monitored carefully.

In a survey published in Nature, 62% of (1,400) users of smart drugs reported taking methylphenidate, making it the most popular choice. Another 44% reported taking modafinil and 15% said they had taken beta blockers such as propranolol. The survey also reported that a third of the drugs that were used for non-medical purposes were purchased over the internet.

In my publications on this topic and my lectures, I have warned about the harms of purchasing these prescription-only drugs over the internet. There seems now to be another class of drugs which is being purchased over the internet: the racetams, which are used for the treatment of dementia or cognitive impairment.

Many clinical trials and reviews, including a Cochrane review, have looked at the use of piracetam, one of the original racetams, but there now seem to be more potent ones.

In general, these drugs are said to enhance brain metabolism and neuro-protection. Nefiracetam binds to a receptor in the brain called GABA-A and allows activity at even more receptors, including ones called NMDA, which play a part in controlling synaptic plasticity and memory function. Nefiracetam has been shown to effectively treat apathy and motivation issues in patients after stroke. Another, aniracetam has been shown to modulate the AMPA receptor and has actions on others called D2, nACh and 5-HT2A in the brain. Noopept is derived from the racetam family of drugs and shares similar mechanisms of actions, but is far more potent than piracetam, which is used to treat epilepsy.

For treatments currently approved by the regulatory bodies there is advice and information for all these drugs that tell you how fast different ones work, what they do and the benefits of choosing one over another.

The Medicines and Healthcare products Regulatory Agency (MHRA) recently announced the UK’s biggest-ever single seizure of smart drugs. With more than 20,000 units, of 13 different types of cognitive enhancement medicines, the seizure had a value of about £200,000. The drugs seized from a UK website included noopept, phenylpiracetam, centrophenoxine, oxiracetam, sunifiram, citicoline and aniracetam, which illustrates the burgeoning demand and variety of the new active substances entering the marketplace.

The seizure came following intelligence from the Norwegian Medicines Agency, after a number of packages were detained by Norwegian customs, and a full investigation was initiated by the MHRA.

So the demand is there. But what are the concerns about the use of these drugs? For one, there are no long-term safety and efficacy studies of these drugs in healthy people. One of the drugs seized, Sunifiram, has never been subject to clinical trials involving humans.

Furthermore, we know that the brain is in development into late adolescence. Therefore we do not know the long-term consequences of the effects of these drugs on a healthy developing brain. It may give a boost now, but what will be the effect of repeated use down the line? We just don’t know. Without consultation from a doctor, counter-indications that suggest you shouldn’t use them, such as other medications which may interact with these drugs or a pre-existing medical condition, may not be clear.

Many young people also purchase these drugs via the internet, which is a very dangerous way of obtaining prescription-only drugs, because you do not know what you actually purchasing. As Alistair Jeffrey, the MHRA’s head of enforcement, put it: “If you are acquiring medicines over the internet without a prescription then you are purchasing from an unknown, unregulated and ultimately an unlawful source that has one objective – to take your money.”

There are important benefits to society of cognitive enhancing drugs, particularly when considering people with neuro-psychiatric disorders, such as Alzheimer’s disease, and brain injury.

However, use by healthy people is an issue. Both the International Neuroethics Society and the Society for Neuroscience have discussed the ethical issues of this increasing use of these drugs by healthy people. And the impact of this on neuroscience and on society requires urgent further discussion among professionals and the public.

While reports have acknowledged that there may be a role for these smart drugs in sections of society, including in the military and for doctors working through the night, there is an urgent need for long-term studies of their safety and efficacy in healthy people. There is a role for government and pharmaceuticals companies to prevent harms in healthy users by conducting these trials.

If we can stop the ravages of Alzheimer’s disease on the minds of elderly people and improve the educational experience and outcome for disadvantaged young people with attention deficit hyperactivity disorder (ADHD), then it is clearly worth further developing these drugs – they may prove essential to improving functionality, quality of life and well-being. But for healthy people, exercise, education or lifelong learning are excellent ways to boost your brain power.

Barbara Sahakian is a professor of clinical neuropsychology at the University of Cambridge. She consults for Cambridge Cognition, Servier and Lundbeck. She holds a grant from Janssen/J&J. She holds shares in CeNeS and share options in Cambridge Cognition. She is also associated with the Human Brain Project.