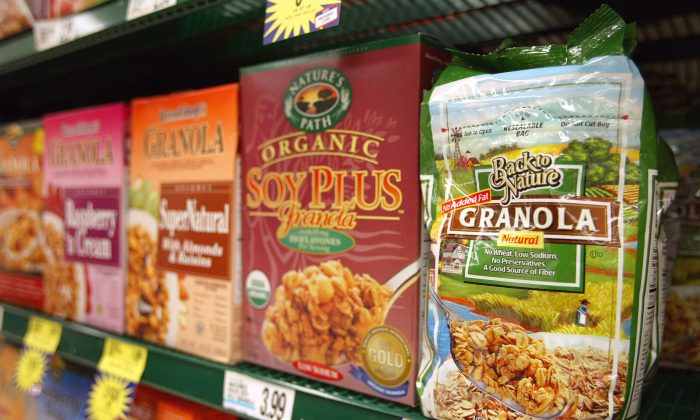 By Ethan A. Huff
Print

More food producers are marketing their products as “natural” in order to appeal to the growing base of health-conscious consumers looking to avoid genetically-modified organisms (GMOs), chemical pesticides and synthetic additives. But a report released back in 2011 by family farm advocacy group Cornucopia Institute (CI) reveals that real organics are typically less expensive than their “natural” cheater counterparts.

The report, entitled Cereal Crimes: How “Natural” Claims Deceive Consumers and Undermine the Organic Label — A Look Down the Cereal and Granola Aisle, exposes the fact that a host of “natural” cereal brands are filled with the same chemical and GMO garbage as mainline brands, and yet are sold at a premium price. It also breaks down how real organic cereal, which is free of these contaminants, is actually cheaper, in most cases, than the cheaper brands.

True organic cereal costs as much as 25 percent less than cereal marketed as “natural.”

Based on cereal prices listed in the United Natural Foods International (UNFI) Greenwood warehouse catalog for January – April 2011, UNFI is the largest wholesale distributor of natural and organic foods. True organic cereal costs as much as 25 percent less than cereal marketed as “natural.” And in many cases, organic cereal purchased at a place like Whole Foods Market, which to some is considered “expensive,” is actually cheaper than “natural” cereal purchased at a conventional “discount” grocery store.

Both Nature’s Path and Food for Life, for instance, produce organic multigrain flake cereals. According to prices listed in the UNFI catalog, Nature’s Path “Heritage Flakes” are $0.26 per ounce, and Food for Life “Original Cereal” is $0.28 per ounce. Both of these brands and their respective cereals are 100% certified USDA organic.

The price gap was even worse at the retail level, as cereal price samples gathered from various cooperatives, health food stores, and conventional grocery stores that sell organic products, showed that organic cereals are even less expensive than “natural” cereals at the consumer level.

For a complete listing of all the cereal brands compared, check out the complete CI report. The price comparisons begin on page 18: http://cornucopia.org

How to Pick a Healthy Breakfast Cereal