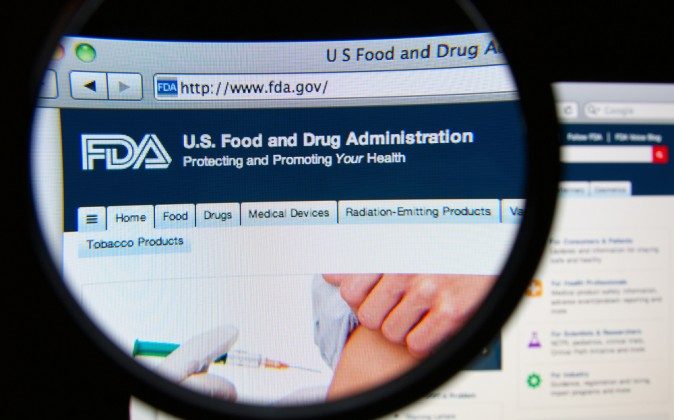 The regulatory process that governs the safety of the foods that we eat isn’t nearly as stringent as many people believe it is. The FDA (Food and Drug Administration) is on record admitting that it doesn’t even know what many food manufacturers are putting in their products, let alone whether or not these additives are safe for human consumption.

Just because an ingredient or additive is “approved” by the FDA doesn’t necessarily mean the agency ever evaluated its safety through the scope of science. After all, it doesn’t take much to get an additive placed on the “generally recognized as safe” (GRAS) list — food manufacturers are given free rein to hire their own safety “experts” to declare an additive safe, which allows them to immediately start using that additive without even notifying the FDA.

“We do have questions about whether we can do what people expect of us.”
— Michael Taylor

The result has been a massive increase in the number of GRAS additives used in food. According to the Pew Charitable Trusts, there are currently more than 10,000 additives used in food, and that number continues to grow daily. Back in 1958, on the other hand, when Congress first gave the FDA authority over food additives, there were only about 800 additives in use.

That Natural Resources Defense Council (NRDC) estimates that about 1,000 of these chemicals were inaugurated into the food supply without FDA notification, and many more of them have never undergone safety testing. For this reason, the group has sardonically redefined the acronym GRAS as “generally recognized as secret.”

“We simply do not have the information to vouch for the safety of many of these chemicals,” admitted FDA Deputy Commissioner Michael Taylor to The Washington Post (WP). Taylor is a former attorney for Monsanto who helped genetically modified organisms (GMOs) gain approval by obscuring their dangers from regulatory scientists.

Fox Guards Henhouse While FDA Stands by and Does Nothing

If the FDA were really about protecting public health, the agency would be actively conducting post-approval safety assessments on all the GRAS chemicals currently in use. Instead, the agency is claiming that it has no authority while the food industry runs amok poisoning the food supply for maximum profits.

Because the public is starting to figure out the scam, there is talk within the industry about improved oversight and reform. But even this is corrupt, as the Grocery Manufacturers Association (GMA), one of the biggest purveyors of cheap, chemical-laden foods, will apparently be in charge of conducting these safety assessments and increasing transparency.

Again, the GMA is basically a front group for the chemical industry, with members such as PepsiCo and General Mills that profit heavily from the secret use of untested additives. Putting this group, which continues to actively fund opposition campaigns to GMO labeling, in charge of safety testing the chemicals from which it profits is completely bogus.

“That this is seen as a step forward neatly illustrates the dysfunction built into the current system,” contended Laura MacCleery from the Center for Science in the Public Interest (CSPI) about the initiative. “It is outrageous that FDA doesn’t already have the identity, much less the safety data, of all substances added to the nation’s food supply.”

You can avoid untested chemical additives by cooking fresh foods at home and remembering to closely analyze all ingredients labels before purchasing anything packaged or processed from the grocery store.