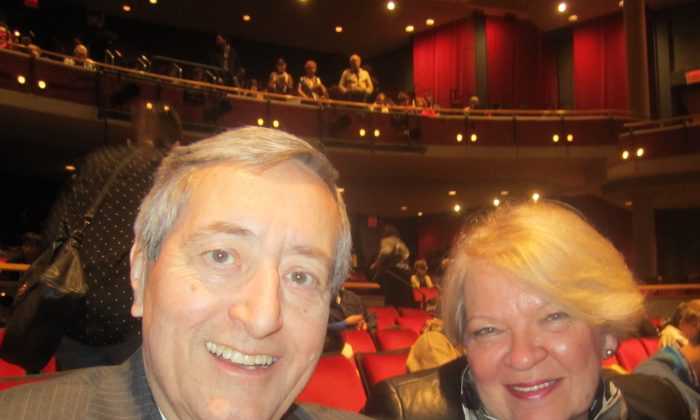 Radio Broadcaster on Shen Yun: ‘The music is wonderful’

Mr. Anderson was born and raised in Toronto. His radio career has included nearly every kind of today’s music and he now hosts “Bill’s Classical Jukebox” on the New Classical 96.3 FM on weekdays.

“It’s marvellous. It’s everything from at times very gentle and flowing, and at times very exciting and full of percussion and great athletic moves,” said Mr. Anderson of Shen Yun’s full-house performance.

The Chinese instruments lead the melody while a Western orchestra provides the foundation of the music.

“They are wonderful effects,” said Mr. Anderson who knows a thing or two about classical music. “The music is wonderful—wonderful.”

With respect to the dancing, what was eye-opening to Mr. Anderson was that Shen Yun did not borrow tumbling and gymnastics techniques from another discipline, but rather those movements first originated in classical Chinese dance.

“The dancers, it’s almost like they’re not taking a breath. They’re just in such great shape and doing a fabulous job,” said Mr. Anderson, adding that “the costumes are spectacular.”

“Enjoying it very, very much,” he said.

Shen Yun’s International Company has been touring Ontario and Quebec since late December and will perform three more times in Mississauga before moving on to Toronto.