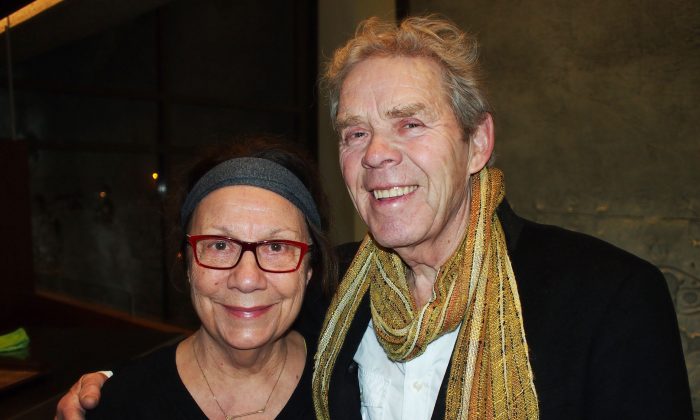 QUEBEC CITY, Canada—Shen Yun Performing Arts played the first of two shows in Quebec City on May 3 as it continues its tour of Eastern Canada. In a lavish production, the New York-based group showcases China’s ancient culture and classical arts through live orchestral music and classical Chinese dance.

Marcel Cauchon and Gilberte Letarte, both massage therapists, were delighted with the performance at the Grand Théâtre de Québec.

“It’s wonderful. It’s grandiose. It’s perfection in the execution of the movements. I would recommend people to see it,” said Ms. Letarte.

“It’s stirring. It has touched me.”

Shen Yun was founded on a mission to revive the Middle Kingdom’s 5,000-year-old traditional culture, which was virtually destroyed after the emergence of communism in China.

They were both highly impressed with the vocal soloists, who sing in Chinese in the bel canto operatic style. The lyrics, which are translated on the backdrop, speak to people’s universal yearning for hope and their desire to find the true purpose of their lives.

“For me, it speaks to my heart,” Mr. Cauchon said.

Annie Leclerc took her four children to the show. Her son just turned 8, and it was his idea to go see Shen Yun for his birthday.

“The costumes are amazing, the music is amazing, everything is amazing. I even cried. It is a beautiful message of hope. It’s amazing. It is super in every way.”

She said seeing the performance gave her an unexpected boost in many ways, including hope for the future. Shen Yun includes examples from Chinese history of corrupt officials as well as scenes of modern-day repression that show good prevailing over adversity.

“I understand [from the show] that no matter where you are on earth, hope must absolutely prevail. Despite the repression, despite authority, despite that the state still will do everything to ensure that our beliefs, our hope, our values be destroyed, we must continue living for our children, for the future, for the future of the Earth, it’s that simple,” she said.

The performance also resonated deeply with Rosaire Tremblay and Nicole Camirand, both retired. They shared their thoughts on the deeper meaning of the performance, each adding to the others thoughts.

“Hope, and happiness, the realization of each one of us,” continued Mr. Tremblay.