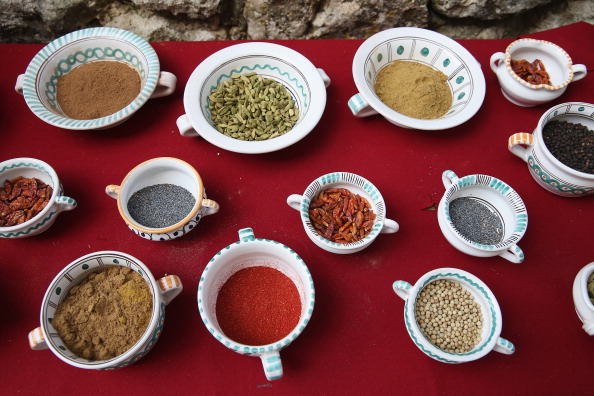 Put Some Spice in Your Life

“Give Fae ginger ale for her queasy stomach,” I suggested to my daughter.

“What’s in ginger ale that’s going to help?” she asked me. Telling her that my mother gave me ginger ale for this ailment wasn’t the scientific reply she expected from me.

Unfortunately, my mother had never mentioned the magic ingredient in this drink, so I decided to research the health benefits of ginger and other spices.

A report on spices in Nutrition Action Health Letter contained an initial surprise for me and probably for some mothers. It reports little or no ginger in most ginger ale! And whether ginger is effective depends on whom you listen to.

In 2009, Dr. Suzanna Zick, an epidemiologist at the University of Michigan, reported that four studies had been done on how ginger helps as a treatment for morning sickness. Pregnant women were given 1,000 milligrams of ground ginger or 500 milligrams of ginger extract for four weeks.

In each case, ginger was superior to a placebo in easing this troublesome condition. Zick said she believed that ginger blocks the action of serotonin, a neurotransmitter in the bowel that can trigger nausea.

NASA, however, found that ginger was of little help in stopping motion sickness in astronauts when they were strapped into rotating chairs. Dutch scientists were more successful. They gave powdered ginger to naval cadets while in heavy seas. This didn’t stop nausea or vertigo, but it did stop vomiting and cold sweats.

The Society of Obstetricians and Gynecologists of Canada said that the use of 1,000 milligrams of ginger (about one-half teaspoon), in divided doses, “appears to be safe” for morning sickness in pregnant women.

Richard Anderson, of the U.S. Department of Agriculture, said that small amounts of cinnamon help to decrease blood sugar in diabetes patients. In a study, 60 diabetic Pakistani patients were divided into two groups and given 1 gram or 6 grams of ground cinnamon daily for 60 days.

At the end of 40 days, the group receiving 1 gram of cinnamon had a decrease in blood sugar of about 25 percent, and those receiving 6 grams had a drop of 29 percent.

Later studies by Anderson using 10 grams of cinnamon powder for diabetes patients showed a decrease of only 10 percent. Other studies in Holland and Germany using cinnamon showed no change in blood sugar.

No one can explain the discrepancy in these results. But Anderson believes the dosage might have been too low for Type 2 diabetes patients who were overweight.

Any cautions? No one knows if cinnamon reacts with other drugs. Anderson also suggests using a water extract of the spice when using it for a long time, as some ingredients in cinnamon can thin the blood. So check with your doctor before using cinnamon and other spices.

I didn’t realize that when I enjoy curry at Indian restaurants or add mustard to a cheese sandwich that I’m eating turmeric. Researchers have tested this spice as a cure for cancer and Alzheimer’s disease. It’s actually the cause of the yellow color, curcumin in turmeric, which interests scientists.

Dr. Bharat Aggarwal, professor of cancer research at the Anderson Cancer Center in Houston, said curcumin induced a programmed death of cancer cells. In addition, it suppressed formation of new blood vessels that nourished tumors. Rats, for instance, got fewer cancers of the breast and colon when given curcumin.

Researchers at Harvard went a step further and injected curcumin into the bloodstream of mice with Alzheimer disease-like plaques. A week later, studies showed a 30 percent decrease in these plaques. Research into how this spice affects humans with Alzheimer’s disease is only in preliminary stages.

For the moment, adding a little spice to our life appears to be a sound idea. I just wish my mother were still alive so she could see how much I now know about spices.

But there’s a lingering question. If there’s little or no ginger in ginger ale, I still can’t tell my daughter why it helps a queasy stomach. If I’d only asked my mother!