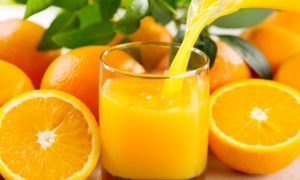 5 Reasons Why You Should Ditch Your Fruit Juice
0 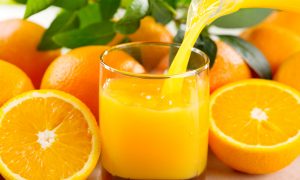 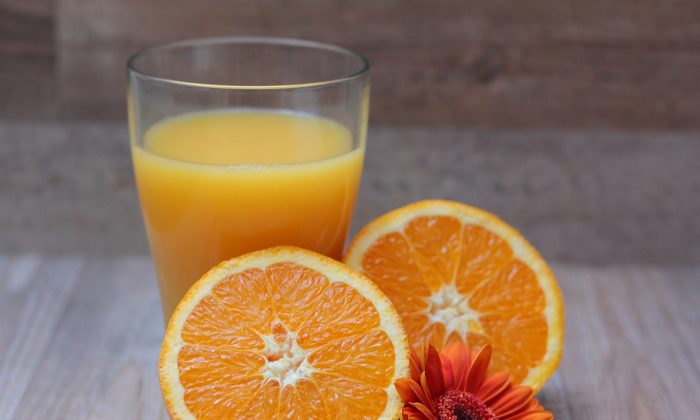 The nutrition of fruit juice is often compared to that of fruit, which isn't so practical a comparison if you consider a thirsty person is looking for a drink, not a snack. com(pixel2013/Pixabay)
Lifestyle

Pure Fruit Juice: Healthy, or Not?

Increasingly, fruit juices are seen as junk foods, and consumption is falling.

But fruit juice was once viewed as part of a healthy diet. Now it is often seen as supplying little more than a high dose of sugar.

We argue in our recently published paper, however, that fruit juice shouldn’t be cut from our diets. Major reasons for not consuming whole fruit are that it involves effort and it is often inconvenient. But fruit juice avoids the problems of intact fruit while providing the same range of health-promoting chemicals.

Most of us have heard we should eat five portions of fruit and vegetables a day. Yet several surveys have shown that few people meet this target. This is despite the Global Burden of Disease study concluding that a poor diet is responsible for 1 in 5 deaths and suggesting that greater health benefits might result from eating more whole grains, nuts, fruit, and vegetables rather than concentrating on reducing the intake of sugar and fat.

Research has shown that drinking pure juice can be good for us. The Food4Me study, funded by the European Commission, revealed that lower weight was associated with a greater intake of fruits, vegetables, and fruit juice. While a national nutritional survey in the United States found that adults who drink pure juice were at a lower risk of obesity and had better insulin sensitivity.

Yet despite these benefits, several pressure groups and other organizations still suggest that juice shouldn’t be part of our diet. But their concerns rely on an analogy with sugar-sweetened fizzy drinks, and confusion about what a fruit juice actually is. The fear is that because fruit juice contains naturally occurring sugar, it increases the risk of obesity. Although fruit juice does contain sugar, it shouldn’t be viewed as similar to sugar-containing drinks.

The term “fruit juice” includes drinks sweetened with sugar that contain little (if any) juice from fruit. Take Sunny Delight, for example. Thought to be a juice by many consumers, a 240 milliliter serving contains 14 grams of sugar and only 13 percent fruit juice from concentrate. Fruit squashes and cordials meanwhile are a mixture of fruit pulp and sugar syrup. In contrast, pure fruit juice is just that, it has no added sugar.

Juices contain many health-promoting nutrients—such as vitamin C, polyphenols, and carotenoids—that occur only to limited extents in sugar-sweetened drinks. Vitamin C, in particular, has been associated with reduced blood pressure, lower risk of heart disease, and a better life expectancy for men.

Polyphenols—which gives fruit its red, purple, and blue colors—have antioxidant, anti-inflammatory, and anti-viral properties. A summary of 22 studies of flavonoids (a type of polyphenol) found that high intake cuts the risk of premature death by a quarter. And intake of anthocyanidins—another polyphenol—reduces the risk of developing diabetes.

Finally, carotenoids (responsible for orange, yellow, and red colorings) have been associated with lower cancer risks. A summary of studies linked them with a lower risk of developing oral and laryngeal cancer. Similarly, greater levels of carotenoids in the blood have been related to a reduced rate of breast cancer.

But what about fiber? A second argument for not drinking juice is that it provides less dietary fiber than intact fruit. As the Mayo Clinic has pointed out, although fruit juice “contains most of the vitamins, minerals and plant chemicals (phytonutrients) found in the whole fruit … healthy fiber is lost during most juicing.”

Fiber helps prevent diabetes, heart disease, and some forms of cancer, but the Western diet doesn’t provide enough. There is a view that if people don’t drink juice, they will instead eat more intact fruit and the fiber that goes with it. But it’s improbable that juice and intact fruit are often alternatives. If you stop drinking juice for breakfast you will replace it with another drink. We drink because we’re thirsty not because we want to eat more fruit. The convenience of a drink allows consumption when it is impractical to eat fruit.

Nobody suggests that we shouldn’t eat meat or fish because they don’t contain fiber. Instead, we look at the benefits of overall consumption—which is something we must start to do with fruit juice.

In 2017, an extensive survey of the benefits of fruit and vegetables found that the chances of premature death in those eating 5 to 7 portions a day are 30 percent less than those eating none, or just one portion. As the health-promoting chemicals in intact fruit are also found in juice, it is unsurprising that this—and other studies—have found fruit juice beneficial to our health. This research also showed that drinking either citrus or other fruit juices was associated with a lower risk of coronary heart disease, stroke, or death from any cause.

Although it shouldn’t be seen as an alternative to intact fruit, having a daily, pure fruit juice is a simple way to increase the intake of beneficial chemicals. As part of a healthy diet, pure juice should be viewed as a health food—not a junk food.