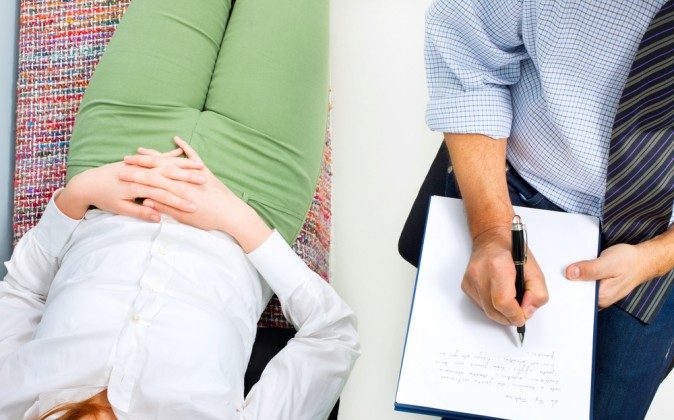 Modern psychiatry has become a hotbed of corruption, particularly the kind that seeks to demonize and declare mentally ill anyone who deviates from what is regarded as the norm. This is abundantly evident in the latest installment of the industry’s Diagnostic and Statistical Manual of Mental Disorders, or DSM, which dubs people who do not conform to what those in charge declare to be normal as mentally insane.

The so-called “condition” for why a person might choose to resist conformity has been labeled by the psychiatric profession as “oppositional defiant disorder,” or ODD. The new DSM defines this made-up disease as an “ongoing pattern of disobedient, hostile and defiant behavior,” and also lumps it in alongside attention deficit hyperactivity disorder, or ADHD, another made-up condition whose creator, Dr. Leon Eisenberg, admitted it to be phony on his death bed.

As you might suspect from this type of open-ended description, almost any personal behavior perceived by someone else to be undesirable or strange might be categorized as symptomatic of ODD. Children who throw temper tantrums or fight with their siblings, for instance, might be declared to have this supposed mental illness, as might children who express disagreement with their parents or teachers.

Disobedience and defiance are common behaviors among young children, and parents have long dealt with such behaviors by exercising proper discipline. At the same time, not all forms of disobedience and defiance are wrong, depending on the authority involved and the action petitioned. A child who is told by his teacher to keep his unpopular opinions to himself, for instance, and who resists this order might simply be exercising his freedom to express disagreement.

But that’s the problem with categorizing conditions like ODD so loosely, as virtually any uncommon behavior can be declared to be oppositional or defiant simply because it bucks the status quo. Famous minds of the past like Thomas Edison and Alexander Graham Bell, for instance, whose unconventional ideas might have seemed crazy in their day, are the types of folks who today might be declared to have ODD or some other type of mental disease.

An even greater danger to using this subjective approach in the diagnosis of mental illness is that it threatens to curtail freedom of speech and political dissent. The federal government has already tried to declare those who oppose its tyrannical policies, or who simply question them, as having “political paranoia,” a type of mental illness.

Characterizing Non-Conformity as ‘Mental Illness’ a Hallmark of Totalitarian Government

Such outlandish abuse of the medical system for controlling popular thought is nothing new. Many authoritarian governments, including the former USSR, implemented similar mental health programs that categorized dissenters as having chemical imbalances in need of a remedy. Today, that remedy is often mind-altering, psychotropic drugs with devastating side effects.

“Psychiatric incarceration of mentally healthy people is uniformly understood to be a particularly pernicious form of repression, because it uses the powerful modalities of medicine as tools of punishment, and it compounds a deep affront to human rights with deception and fraud,” explains a 2002 analysis and commentary on the abuse of psychiatry in both the Soviet Union and China that was published in the Journal of the American Academy of Psychiatry and the Law.

“Doctors who allow themselves to be used in this way… betray the trust of society and breach their most basic ethical obligations as professionals.”

You can view this study, which has powerful implications for what the psychiatric profession is becoming today, here:
http://jaapl.org.