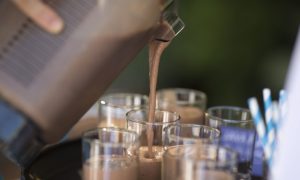 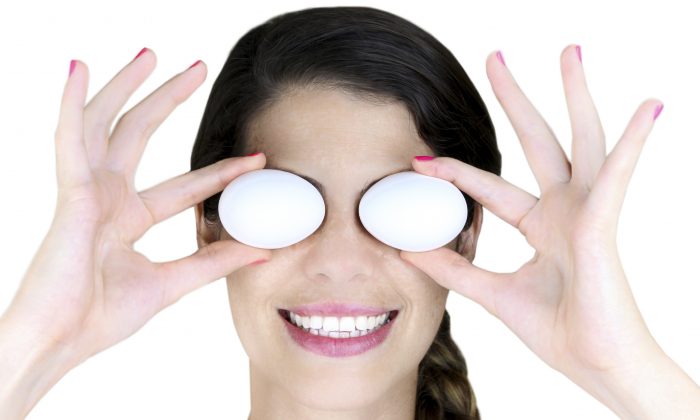 Protein Intake – How Much Protein Should You Eat per Day?

If we don’t get enough from the diet, our health and body composition suffers.

However, there are vastly different opinions on how much protein we actually need.

The DRI (Dietary Reference Intake) is 0.8 grams of protein per kilogram of body weight, or 0.36 grams per pound.

Although this meager amount may be enough to prevent downright deficiency, studies show that it is far from sufficient to ensure optimal health and body composition.

It turns out that the “right” amount of protein for any one individual depends on many factors… including activity levels, age, muscle mass, physique goals and current state of health.

So… what amount of protein is optimal and how do lifestyle factors like weight loss, muscle building and activity levels factor in?

Protein – What is it and Why do we Care?

Proteins are the main building blocks of the body.

Without protein, life as we know it would not be possible.

Proteins are made out of smaller molecules called amino acids, which are linked together like beads on a string. The linked amino acids form long protein chains, which are then folded into complex shapes.

Some of these amino acids can be produced by the body, while we must get others from the diet. The ones we can not produce and must get from our foods are called the “essential” amino acids.

Protein is not just about quantity. It’s also about quality.

Generally speaking, animal protein provides all the essential amino acids in the right ratio for us to make full use of them (only makes sense, since animal tissues are similar to our own tissues).

If you don’t eat animal foods, then it is a bit more challenging to get all the protein and essential amino acids that your body needs (good article on this here).

Most people don’t really need protein supplements, but they can be useful for athletes and bodybuilders.

Bottom Line: Protein is a structural molecule assembled out of amino acids, many of which the body can’t produce on its own. Animal foods are usually high in protein, with all the essential amino acids that we need.

Protein is incredibly important when it comes to losing weight.

As we know… in order to lose weight, we need to take in fewer calories than we burn.

Eating protein can help with that, by boosting your metabolic rate (calories out) and reducing your appetite (calories in). This is well supported by science.

Protein at around 25-30% of calories has been shown to boost metabolism by up to 80 to 100 calories per day, compared to lower protein diets.

But probably the most important contribution of protein to weight loss, is its ability to reduce appetite and cause a spontaneous reduction in calorie intake. Protein is much more satiating than both fat and carbs,

In a study in obese men, protein at 25% of calories increased feelings of fullness, reduced the desire for late-night snacking by half and reduced obsessive thoughts about food by 60%.

In another study, women who increased protein intake to 30% of calories ended up eating 441 fewer calories per day. They also lost 11 pounds in 12 weeks, just by adding more protein to their diet.

But protein doesn’t just help you lose… it can also help prevent you from gaining weight in the first place.

In one study, just a modest increase in protein from 15% of calories to 18% of calories reduced the amount of fat people regained after weight loss by 50%.

A high protein intake also helps to build and preserve muscle mass (see below), which burns a small amount of calories around the clock.

By eating more protein, you will make it much easier to stick to whichever weight loss diet (be it high-carb, low-carb or something in between) you choose to follow.

According to these studies, a protein intake around 30% of calories may be optimal for weight loss. This amounts to 150 grams per day for someone on a 2000 calorie diet.

You can calculate it by multiplying your calorie intake by 0.075.

Bottom Line: A protein intake at around 30% of calories seems to be optimal for weight loss. It boosts the metabolic rate and causes a spontaneous reduction in calorie intake.

More Protein Can Help You Gain Muscle and Strength

Muscles are made largely of protein.

As with most tissues in the body, muscles are dynamic and are constantly being broken down and rebuilt.

To gain muscle, the body must be synthesizing more muscle protein than it is breaking down.

In other words, there needs to be a net positive protein balance (often called nitrogen balance, because protein is high in nitrogen) in the body.

For this reason, people who want a lot of muscle will need to eat a greater amount of protein (and lift heavy things, of course). It is well documented that a higher protein intake helps build muscle and strength.

Also, people who want to hold on to muscle that they’ve already built may need to increase their protein intake when losing body fat, because a high protein intake can help prevent the muscle loss that usually occurs when dieting.

When it comes to muscle mass, the studies are usually not looking at percentage of calories, but daily grams of protein per unit of body weight (kilograms or pounds).

Numerous studies have tried to determine the optimal amount of protein for muscle gain and many of them have reached different conclusions.

Some studies show that over 0.8 grams per pound has no benefit, while others show that intakes slightly higher than 1 gram of protein per pound is best.

Although it’s hard to give exact figures because of conflicting results in studies, 0.7-1 grams (give or take) per pound of body weight seems to be a reasonable estimate.

If you’re carrying a lot of body fat, then it is a good idea to use either your lean mass or your goal weight, instead of total body weight, because it’s mostly your lean mass that determines the amount of protein you need.

Bottom Line: It is important to eat enough protein if you want to gain and/or maintain muscle. Most studies suggest that 0.7 – 1 grams per pound of lean mass (1.5 – 2.2 grams per kg) is sufficient.

Other Circumstances That Can Increase Protein Needs

If you have a physically demanding job, you walk a lot, run, swim or do any sort of exercise, then you need more protein. Endurance athletes also need quite a bit of protein, about 0.5 – 0.65 grams per pound, or 1.2 – 1.4 grams per kg.

Elderly people also need significantly more protein, up to 50% higher than the DRI, or about 0.45 to 0.6 grams per pound of bodyweight.

This can help prevent osteoporosis and sarcopenia (reduction in muscle mass), both significant problems in the elderly.

People who are recovering from injuries may also need more protein.

Bottom Line: Protein requirements are significantly increased in people who are physically active, as well as in elderly individuals and people who are recovering from injuries.

Does Protein Have any Negative Health Effects?

Protein has been unfairly blamed for a number of health problems.

It has been said that a high protein diet can cause kidney damage and osteoporosis.

However, none of this is supported by science.

Although protein restriction is helpful for people with pre-existing kidney problems, protein has never been shown to cause kidney damage in healthy people.

If protein really does have some detrimental effect on kidney function (which has never been proven), it is outweighed by the positive effects on these risk factors.

Protein has also been blamed for osteoporosis, which is strange because the studies actually show that protein can help prevent osteoporosis.

Overall, there is no evidence that a reasonably high protein intake has any adverse effects in healthy people trying to stay healthy.

Bottom Line: Protein does not have any negative effects on kidney function in healthy people and studies show that it leads to improved bone health.

How to Get Enough Protein in Your Diet

The best sources of protein are meats, fish, eggs and dairy products. They have all the essential amino acids that your body needs.

There are also some plants that are fairly high in protein, like quinoa, legumes and nuts.

All of this being said, I don’t think there is any need for most people to actually tracktheir protein intake.

If you’re just a healthy person trying to stay healthy, then simply eating quality protein with most of your meals (along with nutritious plant foods) should bring your intake into an optimal range.

Vegan? Here are Your Protein Sources

What “Grams of Protein” Really Means

This is a very common misunderstanding…

When I say “grams of protein” – I mean grams of the macronutrient protein, not grams of a protein containing food like meat or eggs.

What About The Average Person?

But given that there is no evidence of harm and significant evidence of benefit, I think it is better for most people to err on the side of more protein rather than less.