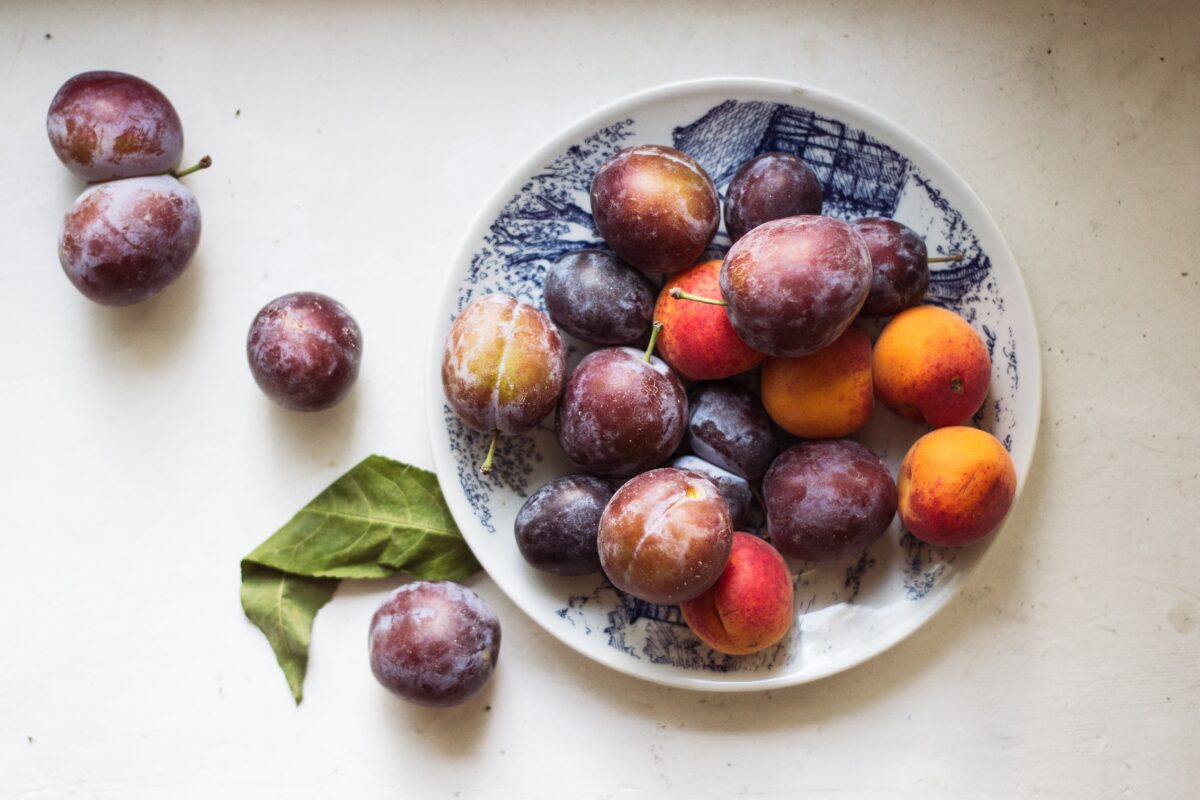 You can also get these natural plant-based pigments through grapes, dark cherries, and plums (Photo by Vladimir Gladkov/Pexels)
Food as Medicine

Protect Your Brain and Heart: Why You Should Be Eating More Anthocyanins

Sadly, pharmaceutical drugs to address Alzheimer’s disease have had underwhelming results – and feature toxic side effects.  Now, more than ever, scientists are racing to find non-toxic, natural interventions that can help preserve cognitive function and delay the onset of neurodegenerative diseases.  The latest research reveals a “colorful” ray (or rainbow) of hope.  A new review published in Nutrients details the power of anthocyanins – natural plant pigments that give blueberries their deep indigo hue – to promote cognitive and cardiovascular health.

Anthocyanins Are Powerful Antioxidants That Can Battle Inflammation and Oxidative Stress

Anthocyanins, which range from deep red to purplish/blue in color, exist in plants to attract insects and animals and facilitate pollination.  However, these intensely-colored compounds also protect against oxidative stress, temperature extremes, and the damaging effects of UV light.  It is this protective ability that has drawn researchers’ attention.

In the review published in Nutrients, the authors evaluated the beneficial effects of anthocyanins on cardiovascular and neurodegenerative diseases and reported that anthocyanins might maintain cardiovascular and brain health by reducing oxidative stress in humans.  (This type of stress is caused by harmful free radicals, which can be generated naturally in response to such normal activities as exercise.  Free radicals are also created by less benign factors – such as environmental toxins, cigarette smoke, alcohol, and excessive ultraviolet light).  By scavenging and neutralizing free radicals, anthocyanins can provide significant health benefits.

The more scientists examined the effects of anthocyanins, the more benefits they discovered.  For example, the team noted that an anthocyanidin known as cyanidin 3 helps to fight the endothelial inflammation that can trigger heart disease.  This compound preserves the availability of nitric oxide – which has a beneficial effect on endothelial health – while appearing to make blood platelets less “sticky,” allowing for more free flow of circulation through arteries and keeping them clear and healthy.

In one placebo-controlled study cited by the researchers, 150 participants with high cholesterol were given 320 mg a day of anthocyanins for 24 weeks and experienced reduced levels of C-reactive protein (an inflammatory enzyme linked to heart disease).  In yet another study published in Nutrition, Metabolic and Cardiovascular Diseases, anthocyanins were shown to improve cholesterol levels.

Preserve Healthy Cognition With Blueberries and Other Anthocyanin-Rich Foods

Anthocyanins have now become a topic of interest as a natural preventive/therapeutic strategy for neurodegenerative disease.  Scientists report that they have the ability to protect neurons against oxidative stress, decrease pro-inflammatory chemicals in the brain and modulate cell signaling pathways.  There is even some evidence that anthocyanins may help to inhibit acetylcholinesterase, a brain chemical that breaks down acetylcholine, a neurotransmitter needed for memory and learning.

In one exciting study published in the European Journal of Nutrition, older adults with mild and moderate dementia who drank a daily dose of anthocyanin-rich cherry juice experienced improvements in memory and speech.  Many natural health experts believe that blueberries and other bluish-purplish foods have the “right stuff” to help preserve cognitive function into old age – and slow the onset of devastating neurodegenerative diseases.

But, the benefits of anthocyanins don’t stop with the cardiovascular system and brain.  When these pigments are broken down in the intestine, they release products that modulate the microbiome, or community of gut bacteria.  When properly balanced, this important group of microbes plays an essential role in normal immune function, healthy metabolism, and even mood and cognition.

As it turns out, anthocyanins help to produce short-chain fatty acids, which encourage the proliferation of “friendly” gut bacteria such as Lactobacillus and Bifidobacteria.  By promoting the health of the all-important gut microbiome, anthocyanins can go a long way toward supporting overall immunity, healthy, vitality, and well-being.

Remember: Although most people in the United States obtain most of their anthocyanins through berries, you can also get these natural plant-based pigments through grapes, black beans, blue or purple corn, cabbage, dark cherries, plums, and eggplant skins.  For maximum benefit, opt for organic produce whenever possible.

As natural health experts have long advised: we should “eat the rainbow” for optimal health.  Just make sure that your “rainbow” contains plenty of deep crimsons, bright blue, and rich purple.  Your body will thank you for it.