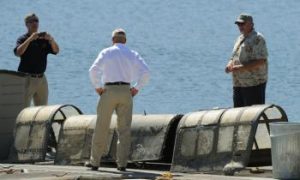 WWII Plane Lifted From the Depths of California Reservoir
0 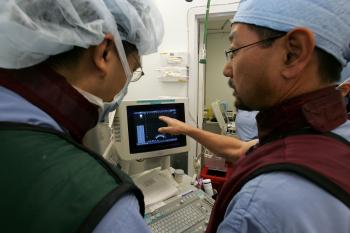 By Cassie Ryan
Print
A genetic screening test for prostate cancer being investigated could predict the disease's aggressiveness and reduce the need for invasive treatments in men who have milder forms, according to a study published online in The Lancet Oncology Journal on Feb. 9.

The aggressiveness of the disease varies greatly between individuals, and the commonly used Prostate Specific Antigen (PSA) test is not prognostic or accurate, sometimes yielding a false positive result that shows elevated PSA levels even though cancer is not present.

In the study, the researchers assessed a different marker called a cell cycle progression (CCP) in two groups of patients with prostate cancer, totaling around 700 men. The team measured the activity of 31 genes involved with CCP, using a predefined score to rate its usefulness in predicting disease outcome.

The first group of men had undergone radical prostatectomy in the United States, while the second group of men were receiving conservative management treatments in the United Kingdom. The researchers measured the time to biochemical recurrence and time to death from prostate cancer in the two groups respectively.

"Our findings have great potential," said chief investigator Dr. Jack Cuzick, according to the BBC. "CCP genes are expressed at higher levels in actively growing cells, so we could be indirectly measuring the growth rate and inherent aggressiveness of the tumor through our test.

"We already know that CCP levels can predict survival for breast and, more recently, brain and lung cancers," Cuzick said. "It's really encouraging that this could also be applied to prostate cancer, where we desperately need a way to predict how aggressive the disease will be."

However, Dr. Helen Rippon, who is in charge of research management at the Prostate Cancer Charity in the United Kingdom, told the BBC that larger trials are needed before the test can be used routinely.