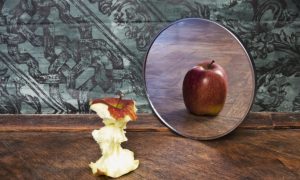 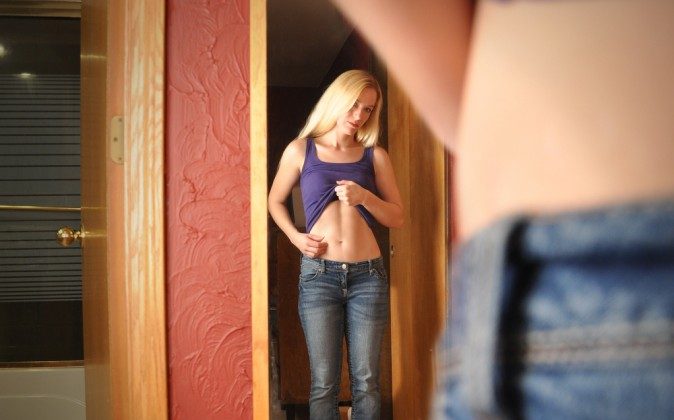 Pride About Weight Loss Gets Distorted With Anorexia

Being proud about weight loss may play a role in eating disorders like anorexia nervosa. The condition has a death rate 12 times higher for young women between the ages of 15 and 24 than all other causes of death combined.

For a new study, researchers measured over a two-week period the emotional states of 118 women between the ages of 18 to 58 being treated for anorexia nervosa. Those in the study not only suffered from negative emotions but also felt emotionally positive, having a sense of pride over being able to maintain and exceed their weight-loss goals.

“What we think happens is that positive emotions become exaggerated and are rewarding these maladaptive behaviors,” says Edward Selby, assistant professor of psychology at Rutgers.

“Since only about one-third of women recover after treatment, what we need to do is gain a better understanding of why these positive emotions become so strongly associated with weight loss rather than with a healthy association such as family, school, or relationships.”

Previous research into eating disorders has focused mainly on how negative emotions, like being sad, angry, or having a lack of control contribute to anorexia, an emotional disorder characterized by an obsessive desire to lose weight by refusing to eat.

“Up until now,” Selby says, “there has been little analysis of empirical data that could help gain insight into how positive emotions are distorted by those suffering with the illness.”

Published in Clinical Psychological Science, the study shows that the women who had the most difficulty understanding how to recognize when positive emotions were becoming skewed, engaged in more frequent anorexia-type behaviors like vomiting, laxative use, restricting calories, excessive exercise, checking body fat, and constant weight checks.

“Women with anorexia are often in complex emotional places, that is why it is important to understand all we can about what they are getting out of this experience,” Selby says. “The more we know not only about the negative emotions, but also the positive emotions connected to this disease, the more likely we will be to treat this devastating illness.”

Much of the positive reinforcement that may lead women with anorexia to feel good about their situation could be coming from “Pro-Anorexic” websites, where it is not unusual for individuals suffering with anorexia to be applauded for their control and courage in obtaining extreme weight loss.

This link between positive emotions and weight-loss behaviors turns into a vicious cycle for some women suffering with eating disorders who continue to lose weight even after their goals are met.

More research is needed to find a way to redirect positive emotions associated with emaciation to other healthy activities, and determine how these feelings should be addressed in treating those with eating disorders.

Physical activity, for instance, might need to be looked at in a different way, Selby says. While there is debate about whether patients undergoing treatment for anorexia should be allowed to exercise, working out is an activity that makes them feel good. So instead of completely barring physical fitness, perhaps an individual who has gained pleasure from a sport like running could be steered toward a group activity like yoga, which is focused more on core strengthening and not weight loss, Selby says.

“Being in control is important for many of these women. What we need to do is find a way to reconnect the positive emotions they feel in losing weight to other aspects of their lives that will lead to a more balanced sense of happiness.”