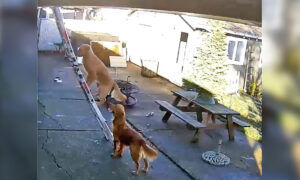 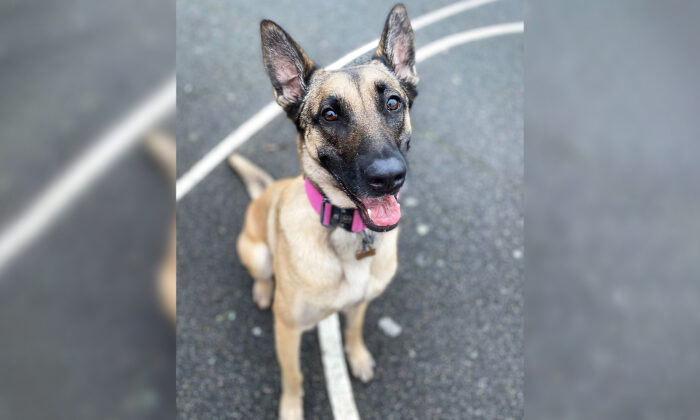 The tables got turned on two would-be dognappers who thought they would steal a 66-pound Belgian Malinois right from their owner’s hand late January.

Nellie, a highly-trained search and rescue dog, was accompanied by her owner, 19-year-old Toby Currier of Hampshire, England, when the would-be thieves approached.

“Nellie and I were walking home from Cosham along Havant Road in the evening when we were approached by two men,” Currier said, as reported by the Daily Star. “One bent down to make a fuss of Nellie while the other started asking questions about what breed she was.”

Both men spoke with foreign accents and wore face coverings, Currier recalled. When he refused to answer their questions, suddenly, one of the men bent forward and tried to grab Nellie’s lead out of his hand. “Nellie started barking at them and then lunged at the men,” said the teen. “She almost grabbed one of them as they had clearly startled her.”

The men “got a real fright” when they realized how powerful the dog was and swiftly ran off down a side road, chased by angry words from the furious dog owner.

“[Nellie’s] normally a very gentle, friendly dog but she clearly thought they were either going to attack me or take her,” said Currier.

Neither Nellie nor her owner were harmed.

The athletic Belgian Malinois is a preferred breed among military and police units. Describing the breed as “smart, confident, and versatile,” the American Kennel Club explains that they are favored for forging an unbreakable bond with their human counterparts.

“Nellie personally hasn’t served in war zones,” Currier, who works at a supermarket, told The Epoch Times. “But I can confirm that Nellie and I are a search and rescue dog team at Denmead Drone Search and Rescue (DDSAR).”

The rescue group, based in Hampshire, is a volunteer-run community group that employs drones, dog teams, and ground teams to aid local authorities in locating missing persons. “DDSAR also helps search for missing pets, mainly missing dogs,” Currier said, “but in the past we have searched for cats as well as sheep.”

A spokeswoman for Hampshire Police stated that the department received a report of the “suspicious incident” between Currier, Nellie, and the would-be dognappers on Jan. 28. “This matter has currently been filed, pending further lines of enquiry becoming available,” they confirmed.

“You have got to be pretty dim to try and steal a dog like Nellie,” said Currier, adding, “If these scum try and steal a Belgian Malinois then they will definitely try and take smaller dogs.

“Looking back, I’m quite pleased that Nellie taught them a lesson and it’s a shame they got away.”