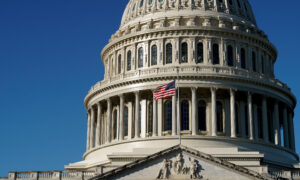 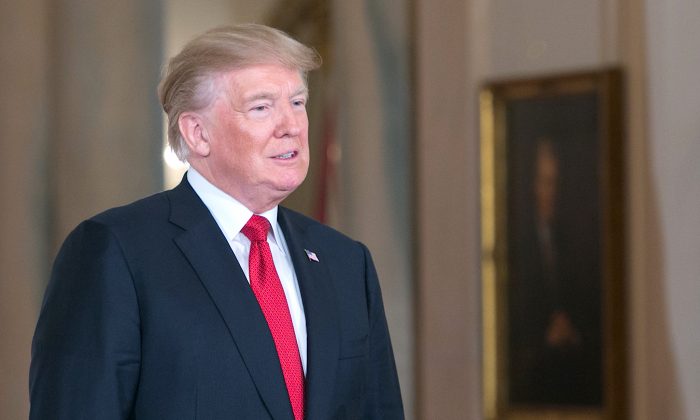 President Donald Trump during a nomination announcement in the East Room of the White House on Oct. 12, 2017. (Benjamin Chasteen/The Epoch Times)
US News

Trump’s Net Worth Has Declined Since Becoming President

Trump has lost $600 million in net worth over the past year, According to Forbes, which tracks the wealth of America’s richest.

Forbes estimates Trump’s net worth is now $3.1 billion compared to $3.7 billion at the same point in time last year. Trump also dropped on Forbes’ lists of wealthiest Americans, from No. 156 to No. 248.

Some people had raised concerns that Trump might use his position of power to advance his business interests, but it appears to be quite the opposite.

Not only has Trump seen a sharp decline in his personal net worth, he is also not taking a salary as president. Instead, he is donating the money.

Trump has brought his no-nonsense work ethic, the same that made him a successful billionaire businessman, to the White House. He is known to work long hours and to be demanding on his staff to perform well for the country.

In January, prior to being sworn in as president, Trump handed over control of his business to a trust controlled by his sons, Donald Jr. and Eric, and chief financial officer Allen Weisselberg.

Trump and First Lady Melania Trump have also used their own money to donate to charitable causes, donating a total of $1 million to 12 organizations helping with relief in the wake of Hurricane Harvey in September.

But while Trump has lost a significant portion of his net worth, other presidents have gained wealth while in office.

Former President Barack Obama and his wife Michelle made an estimated $20.5 million between 2005 and 2016 while Obama served in office according to Forbes.

Since Obama left office in January, he has made several lucrative speaking engagements. The former president made an estimated $1.2 million for three speeches he gave to Wall Street firms between August and September. The Obamas announced in May, following a public outcry after news had come out on one of the high-paying Wall Street speeches, that they were donating $2 million to a summer jobs programs in Chicago.

Former President Bill Clinton and his wife, former Secretary of State Hillary Clinton, amassed an estimated $240 million between 2001 and 2015 according to Forbes.

Most of the money made by the Clintons was through book deals, speeches, and consulting fees to private companies.

One such speaking fee received new scrutiny this week, after The Hill reported that Bill Clinton had received $500,000 from a Kremlin-linked Russian investment bank for a speech he gave. At the time, Russia was engaged in a bribery campaign to influence the Obama administration to approve a controversial uranium deal. Investors linked to the deal also made millions in donations to the Clinton Foundation. Hillary Clinton served as secretary of state during that time and was directly involved in the decision-making process on the deal.

The $240 million acquired by the Clinton family does not include hundreds of millions in donations to the Clinton Foundation.

An Associated Press investigation published in August last year found that more than half of all people outside of government who met with Hillary Clinton while she was Secretary of State had donated money to the Clinton Foundation.

In 2000, Chagoury was convicted in Switzerland for laundering money from Nigeria. He pleaded guilty and was forced to pay back $66 million to the Nigerian government.