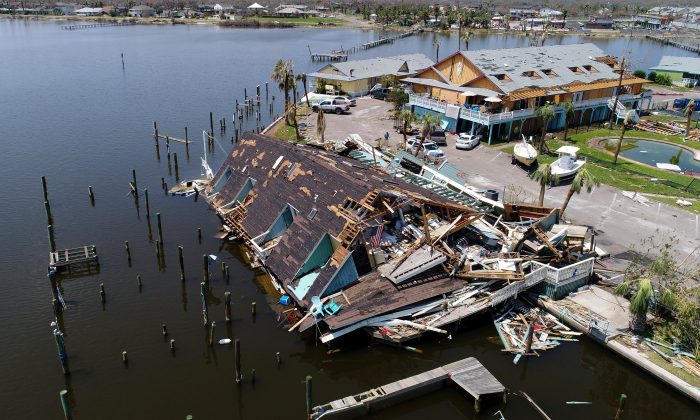 Where President Trump’s $1 Million for Harvey Relief Is Going

After promising last week to donate $1 million of personal money to groups helping with relief in the wake of Hurricane Harvey, President Donald Trump has detailed which groups he’s donating to.

“The president and first lady witnessed the work of some of these groups first hand while visiting with hurricane survivors, first responders, volunteers, and federal, state, and local officials, and are proud to further assist the recovery efforts in Texas,” read a statement by the White House.

At least 60 people died as a result of Hurricane Harvey and its floodwaters. The storm, which FEMA said is likely the worst natural disaster in Texas’ history, displaced over one million people.

The president and first lady visited the disaster-struck state twice, as well as Louisiana, which was also hit by the hurricane.

Hurricane Harvey is expected to be the most expensive natural disaster on record, with rebuild costs estimated to reach as high as $180 billion.

While rescue operations continue, Florida is now threatened by Irma, a category 5 hurricane, the highest designation for a hurricane. FEMA has already stationed over 700 of its personnel in the state in anticipation. Irma is expected to hit landfall in Florida this weekend.

Organizations President Trump and Melania Are Donating to:

Reach out America, given $100,000 by the Trump family, is a disaster relief organization based in Houston.

“Our extensive warehouse space has been a national hub for relief and aid in the wake of disasters all across America. Now Houston is in trouble and we are committed to bringing hope to the place we call home,” the organization says on its website.

The Red Cross, given $300,000 by the Trump family, said it has already served 840,000 meals and snacks with its partners to Hurricane Harvey survivors. It is also providing shelter for over 85,000 people.

Portlight Inclusive Disaster Strategies, given $25,000 by the Trump family, is a nonprofit that specializes in post-disaster relief work for people with disabilities. Following Superstorm Sandy in 2012, the organization helped communities in New Jersey and New York City for 18 months.

Samaritan’s Purse, given $100,000 by the Trump family, is an evangelical Christian organization providing both spiritual and physical aid. In Texas, the organization is bringing in volunteers to help with disaster relief.