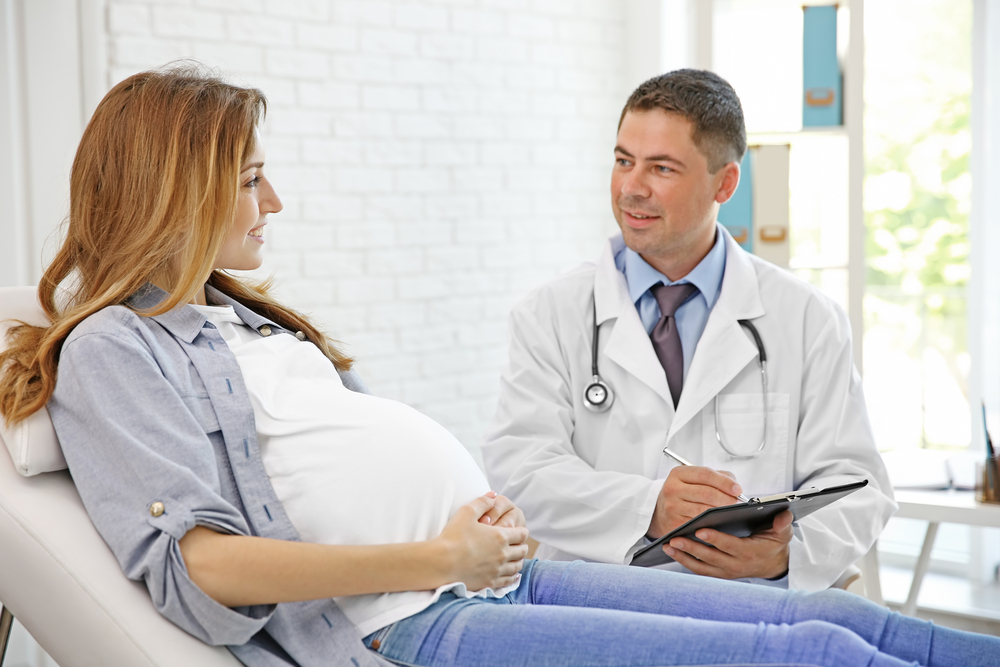 There are many chemicals that pregnant women are exposed to, and research is suggesting these chemicals are bad for the unborn baby. (Shutterstock)
Pregnancy

New research shows that 54% of pregnant women are regularly exposed to levels of endocrine-disrupting chemicals that could slow language development in their child.
BY Environmental Health News TIMEFebruary 22, 2022 PRINT

Everyday levels of a pregnant woman’s exposure to mixtures of endocrine-disrupting chemicals like bisphenol A (BPA), phthalates, and per- and polyfluoroalkyl substances (PFAS), put their child at an increased risk of delayed language development, according to new research.

“It’s very disconcerting,” Barbara Demeneix, a professor at the National Museum of Natural History in Paris and an author on the study, told EHN.