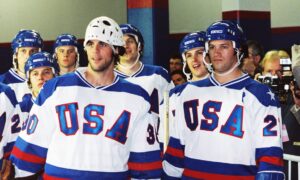 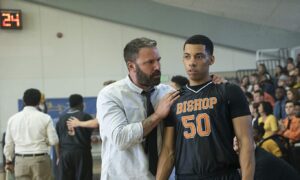 Ben Stiller’s “The Secret Life of Walter Mitty” is about a bullied, ineffectual man-boy who reimagines his own bullying scenarios into fantasies in which he gets to be the alpha dog. James Thurber’s original comedic essay became Stiller’s 2013 movie, which frames the story as modern man’s quest for the sacred masculine in these confusing times, when cosmically, the yin (female) aspect is in ascension and yang (male) is in decline.

My elementary school class teacher, Bill Lindeman, used to read James Thurber’s hilarious 1939 story to us every year. (In the Waldorf school system, a class teacher commits to taking a class from first through eighth grades—which is a heroic thing to do.) Here’s an excerpt from “The Secret Life of Walter Mitty”:

“The Commander … walked over and twisted a row of complicated dials. ‘Switch on No. 8 auxiliary!’ he shouted … The crew, bending to their various tasks in the huge, hurtling eight-engined Navy hydroplane, looked at each other and grinned. ‘The Old Man’ll get us through,’ they said to one another. ‘The Old Man ain’t afraid of Hell!’

…“’Not so fast! You’re driving too fast!’ said Mrs. Mitty. ‘What are you driving so fast for?’ ‘Hmm?’ said Walter Mitty. He looked at his wife, in the seat beside him, with shocked astonishment. She seemed grossly unfamiliar, like a strange woman who had yelled at him in a crowd.

“’You were up to fifty-five,’ she said. ‘You know I don’t like to go more than forty. You were up to fifty-five.’ Walter Mitty drove on toward Waterbury in silence, the roaring of the SN202 through the worst storm in twenty years of Navy flying fading in the remote, intimate airways of his mind. ‘You’re tensed up again,’ said Mrs. Mitty. ‘It’s one of your days. I wish you’d let Dr. Renshaw look you over.’”

Now’s the perfect time to mine the world’s movie treasury for stories that help us improve our lives. James Thurber’s short story had already been made into a film starring Danny Kaye in 1947. Ben Stiller’s version swapped out the classic, henpecked husband narrative (of the Thurber story) for the modern-day soft man who never received that which was always the birthright of all men in tribal life down through the ages—the manhood rite of passage.

Misunderstanding what the rite of passage actually is, and how necessary it is for men, has become endemic in our society. It’s long been OK in our society to passively allow boys to drift listlessly toward manhood without ever giving them a chance to test their boundaries or letting them discover, for example, that when they’re feeling completely worn out from giving it their best shot, they’re only actually at 40 percent capacity.

That passive approach can’t produce a man. Without sending that kayak of boyhood down some death-defying white-water rapids, it’s in danger of drifting out onto the sea of eternal boyhood. It can eventually lead to a nation of largely untested men, living quiet, dutiful lives, doing good-boy things without having discovered their true strengths and talents. Or as it’s labeled in the Hero’s Journey—their gold.

The global male community woke up in the 1980s and decided that this nice-guy, worthless-wretch approach, where men are required to simply avoid causing trouble and end up living desperately unfulfilled lives, is definitely not OK. The fully realized yang males of tribal life were bred to be tough-as-nails warriors. Men are supposed to be magnificent powerhouses, who any woman feels safe around, but he can also cook, change diapers, and administer a tremendous foot massage.

The counterargument is generally that not everyone is a warrior, or lives in a warrior culture, like Sparta of ancient Greece. Which is as true as it is meaningless. The mature male psyche archetypically, inherently, has four quadrants: warrior, king, lover, and magician.

The only archetype fully functioning for male millennials is the inner magician, what with the ability to figure things out with lightning speed via technology. The result: More and more 30-year-old boys are currently still living at home with their mommies.

His quest: to find the missing photo negative that’s supposed to go on Life magazine’s final cover before everybody gets fired. Mitty’s been a lowly photo-negative processor for 16 years, and like most print media nowadays, Life magazine is going digital and downsizing.

He feels drawn to this quest by a guru of manliness, Life magazine’s renowned field photographer Sean O’Connell (Sean Penn), who appears to wave to Mitty from a photo. He needs to find O’Connell to find that missing negative!

Taking a leap of faith, Mitty buys a plane ticket to Greenland, literally leaps onto a helicopter during liftoff, and then leaps (by mistake) into the freezing ocean. Doh! He fights off a shark, but he narrowly misses finding Sean O’Connell! Then, he uses his long-lost youthful skateboarding skills to (dangerously) cover a lot of ground quickly and make up for lost time.

Still on O’Connell’s trail, eventually Mitty climbs a mountain, a metaphor for elevating his moral stature. Then, when his guides refuse to accompany him further, he accepts the challenge of this dangerous ordeal and goes it alone, miraculously, to the mountaintop.

There he finds O’Connell—that epitome of manliness—camped out on a Himalayan peak, waiting for the “ghost cat” (snow leopard) to appear in his telephoto lens. Mitty has hereby literally and figuratively found manliness, and his spirit animal (always part of a youth’s quest for manhood) in the bargain!

Now that he knows where the missing photo is and his quest is complete, there follows manly male bonding! Mitty’s never understood bonding before. He bonds with Tibetans playing soccer.

As a warrior, Walter Mitty is now capable of confronting the situation of being wrongly arrested by security at the airport. He further gains admiration from the adult-boy who’s been badgering him about his ridiculously lame eHarmony profile, as Mitty regales the eHarmony rep with tales of newfound adventurousness.

Back at the job, Mitty stands up to the belittling, bearded boss (Adam Scott), gains universal admiration (and personal satisfaction) by his tracking down of the final cover photo of Life magazine, and gets the girl.

An Example of a Traditional Rite of Passage

Women are internal, and men are external. I’m talking about physiognomy. Back in tribal life, there wasn’t a lot of patience for the concept of transgendering, because there were more pressing issues to consider, like survival. The tribal girls, once they married and bore a child in tremendous pain sans epidurals, automatically—through that “built-in” ordeal—became mature women (not that that shift can’t happen with epidurals).

For a boy to become a man, he needs an external challenge—an ordeal he doesn’t think he can overcome. The example I always like to give is the traditional African Masai tribe rite of passage: The Masai are cattle herders. If the local lion population is not thinned occasionally, the lions will eat all the cattle and the tribe will perish.

So, in order to become a man, a warrior, and a guardian of the tribe, a 16-year-old boy, weighing approximately 130 pounds, must take on a full-grown, 800-pound African male lion, one-on-one, in a duel to the death. With a thin spear. Think about that for a minute.

When the boy had completed his martial training, and the time came for him to track and kill the lion, the elders, uncles, and warriors would go and get the boy; they would have to literally rip the boy out of his mother’s arms. Because she would be so distraught, knowing that her little boy was going to come back with the face of a powerful warrior, set in stone, which she would no longer recognize (nor would she be allowed to address him in her previous mothering manner). Or he would not come back at all. One way or another, she was never going to see her little boy again.

In certain tribes where the rite of passage is not quite this do-or-die extreme, the mothers would do more play-acting of their grief-strickenness (which included some eye rolling and discreet chuckling). They were onboard with the elaborate theatricality because they knew the village depended on strong men, and they wanted their sons to undergo the baptism and trial-by-fire necessary to forge a real man.

Without tribal support, left to their own devices, some mothers nowadays would rather not undergo this painful sacrifice, and subconsciously aid and abet in keeping their sons in an over-prolonged state of boyhood.

So if you—a man reading this article who didn’t get to play high school football or join the military—find yourself daydreaming too much about exacting revenge for slights and bullying and wishing for a better life situation (like getting out of mom’s basement), have a gander at “The Secret Life of Walter Mitty,” and then go sign up for a Vision Quest, or a New Warrior Training Adventure, or some Brazilian jiu-jitsu classes, and get a new lease on life.