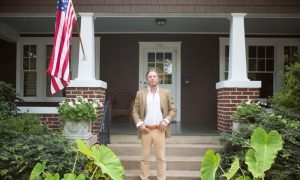 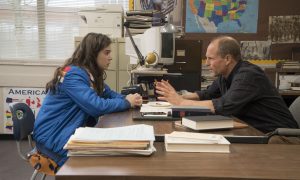 What’s the inspirational takeaway of the cult classic, high school comedy “Napoleon Dynamite”? A phenomenally geeky high school nerd’s (Jon Heder) secret, giant ego renders him bully-proof to a level of shaming that would normally make a kid contemplate suicide. Why? Because he actually thinks he dwells on a plane of coolness far above that of the actual cool kids.

And while it’s exactly that type of snooty, incredibly annoying, limited self-awareness-having, loser kid whose imperious pride attracts bullying like a lightning rod, we have to root for him because of the sheer audacity of his chutzpah. This degree of chutzpah is a little bit outlaw-heroic, and therefore inspirational!

People either love “Napoleon Dynamite” or hate it. It cuts uncomfortably close to American rural community upbringings, and that either makes people depressed, or, if they’ve evolved enough from their modest origins, they appreciate this sendup of small-town, high school life. And in the latter case, appreciation also means rolling on the floor laughing.

“Dynamite” has in common with “Monty Python’s Flying Circus” and “The Simpsons” that this particular brand of humor is best savored while sharing choice bits and impressions with fellow fans: All you have to say to someone you met in, say, an airport, where you happened to discover a shared love of “Dynamite,” is “Kip and LaFawnduh” or “Rex Kwon Do,” or do your impression of Napoleon saying, “Luck-eee! It’s got shocks, pegs … ever take it off any sweet jumps?” and you will have a new friend.

Set in the apparently brain-dead Idaho town of Preston, Jon Heder’s character-invention for the ages, Napoleon, is a frizzy-haired, coke-bottle-glasses-wearing mouth breather. He’s so exceptionally weird, little kids like to bait him to see what he’ll do next. They’re like tapping on the glass of some hapless species in a zoo that has a highly enjoyable, aggressive threat display. “What’re you gonna do today Napoleon?” Napoleon: (with go-to-hell disdain) “I’ll do whatever I feel like doing … gosh!!”

You just can’t get enough of that. His singular, loping gait is enough to cause any high school football team to immediately clear the bench and beat him until he stops walking like that.

Eventually their 1970s pornstache’d, door-to-door snake-oil salesman Uncle Rico (Jon Gries) takes over the parenting duties, and Uncle Rico will also go down in history as a fabulous comedic character-invention.

Napoleon eventually makes one friend and throws himself behind promoting Pedro’s (Efren Ramirez) class presidency run. Pedro’s degree of chutzpah and obliviousness to reality matches Napoleon’s, and hence, they are bosom buddies.

It’s challenging to talk about anything else in this film other than to continuously stand in awe of Heder’s creation, and play tour guide to other signposts of the film’s hilarity. Here’re some more:

In addition to the permed hair and the walk, Heder created what looks to be at least six different types of sniffy variations on the theme of a contemptuous “ugh,” regarding the surrounding fools he does not suffer gladly. My favorite is the one where he just stands there, eyes closed, mouth open, doing an overprolonged, barely audible exhale from the back of his throat.

We all knew a Napoleon. And we all overlap with his archetypal awkwardness in some form. I recognized that in high school: I myself also thought the liger (a hybrid species of lion and tiger that produces the biggest cat on the planet) was the coolest cat ever. But I didn’t sketch them. I sketched Earl “The Pearl” Monroe and Walt “Clyde” Frazier slam-dunking basketballs.

If you haven’t seen Napoleon disco dance onstage at a school assembly in moon boots, if you haven’t seen his brother Kip prepare for his chat-room-generated date with Lafawnduh by getting a trailer park version of a gangster-grill, or Kip’s Bruce Lee spinning back-kick/sweep attempt in local dojo sensei Rex Kwon Do’s (Rex Kwon Do!!!) self-defense class (where Rex Kwon Do immediately slaps him in the head and says, “That was pretty good!”)—you haven’t lived.

But again, what inspires here is the extent to which Napoleon thinks he’s dynamite, wearing his brown velour suit and various and sundry 1970s fashion faux pas like they were bestowed on him to be cooler-than-you in. You will be inspired to likewise walk to the beat of your own drum.