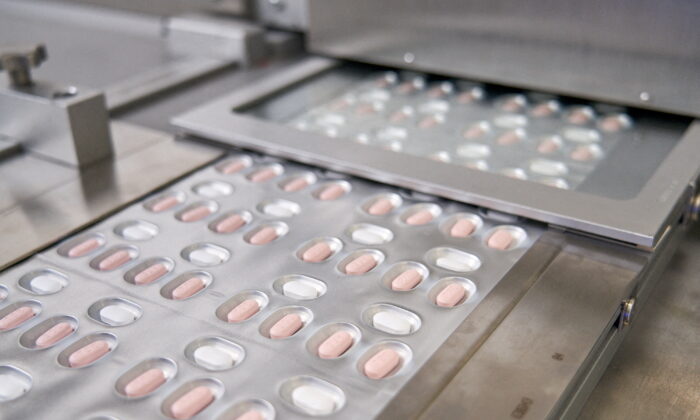 Pfizer COVID-19 Pill Does Not Provide Significant Benefit in Patients Under 65: Study

Pfizer’s COVID-19 pill helps reduce COVID-19 hospitalizations and deaths in the elderly but provides no strong benefit for those under 65, according to a new study.

Researchers in Israel gleaned data from Clalit Health Services, a health care organization that covers over half of the entire population in the country.

They analyzed data from the 109,213 participants eligible to get the pill, known as nirmatrelvir or Paxlovid, between Jan. 9 and March 10.

For younger persons, though, the pill appeared to make little difference.

Approximately 0.6 percent of younger people who took Paxlovid were hospitalized, compared to 0.5 percent of those who didn’t get the pill. The death rate was 0.07 percent and 0.2 percent.

“The findings from our current study suggest that during the omicron variant surge, Covid-19 hospitalizations rates were significantly lower in adults aged 65 years and above in nirmatrelvir treated participants, both in patients with and without prior Covid-19 immunity,” the researchers said. “However, no significant benefit was shown in the younger cohort.”

Their paper was published as a preprint, or ahead of peer review.

U.S. authorities currently recommend Paxlovid as the top treatment for adults who aren’t hospitalized but are at high risk of experiencing severe cases of COVID-19, the disease caused by the CCP (Chinese Communist Party) virus.

Paxlovid received clearance from drug regulators based on a Pfizer-run clinical trial suggesting the drug was highly effective in preventing hospitalization. The Israel study is based on real-world data when the Omicron virus variant was dominant.

The National Institutes of Health COVID-19 treatment panel says there is currently “a lack of data” on the effectiveness of Pfizer’s pill against Omicron and its subvariants, though the panel claimed the pill “is expected to be active” against them.

The Israeli researchers said limitations of their study include not knowing why some high-risk patients eligible for the pill did not get it and the rate of COVID-19 infections shifting throughout the period of time analyzed.

“Although this study is observational, we believe that its findings and the observed potential for avoiding severe Covid-19 could assist decision-makers in prioritizing the currently constrained supplies to those in whom nirmatrelvir was shown to be substantially effective,” they said.

Dr. Walid Gellad, a professor of medicine at the University of Pittsburgh, said on Twitter that the findings should cause U.S. officials to rethink how the pill is being dispensed to young, vaccinated people.