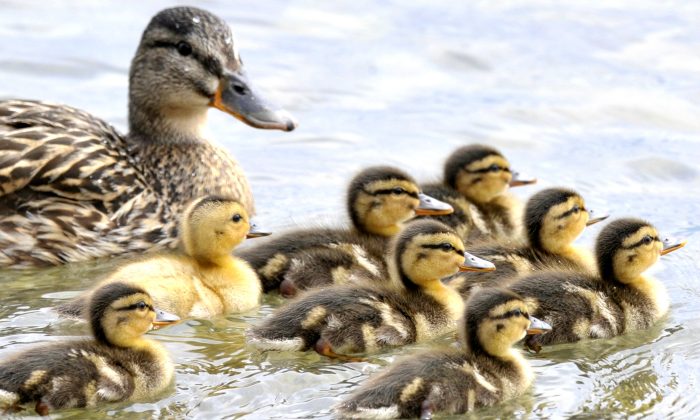 Have you ever been called somebody else’s name? How often has your own mother forgotten your name? Does she ever cycle through the names of each of your siblings, and perhaps even the family pet, before getting to yours?

Don’t worry, it’s probably not because she loves them more than you.

According to researchers at Duke University, misnaming is a common cognitive slip-up. In fact, it seems to occur most frequently between family members and close friends.

The researchers examined survey data from more than 1,700 participants, who were either undergraduate students or older individuals from the community. Regardless of age, those who had been misnamed reported being misnamed by someone they knew well. Likewise, those who had misnamed someone reported doing so to a familiar person.

Misnaming has little to do with physical similarity – which is certainly reassuring if you have ever been called by the dog’s name.

Names are also more likely to be confused when they share phonetic similarities. For example, misnaming will potentially occur more often if you have children named Dan and Stan.

Notably, the study found misnaming has little to do with physical similarity – which is certainly reassuring if you have ever been called by the dog’s name.

A Method to the Madness

The finding that we often mix up names that are semantically and phonetically related, rather than at random, gives insights into the way our memories for names are organised in the brain.

According to network theories of language, each individual word is linked to other words that share similar conceptual properties. For example, your brother’s name, Paul, might be linked to your other siblings’ names (Kylie, David), as well as other names that start with “P” (Peter).

Because these names share links and are stored in close proximity in the brain, saying one name may also bring to mind other semantically or phonetically similar names. This maximises efficiency, as the brain is able to retrieve closely related information faster.

If You Speak Mandarin, Your Brain Is Different

What Happens When These Processes Break Down?

Like knowledge about other types of cognitive abilities, much has been gained from studying people where the ability has been disrupted due to damage in the brain.

Our research group has a special interest in studying individuals with semantic dementia. Like other types of dementia, semantic dementia is caused by the abnormal accumulation of proteins in the brain. This ultimately leads to cell death and shrinkage of different brain regions.

In semantic dementia, the anterior temporal lobe, a part of the brain situated behind the ear, is most affected.

Individuals with semantic dementia, as the name suggests, show a progressive loss of semantic knowledge (our knowledge about facts, places, things and names). One of the earliest symptoms in semantic dementia is difficulty in naming things.

People with semantic dementia show very specific types of naming errors. For example, they may call a “zebra” a “horse”, or an “animal”. This suggests that as semantic knowledge is lost, our understanding of the world becomes less specific and more generalised.

People with semantic dementia also have difficulty in recognising and naming people. This depends on which side of the brain is more affected.

People with semantic dementia who have more atrophy/shrinkage in the left hemisphere of the brain commonly struggle to recognise names. In contrast, those with greater atrophy in the right hemisphere have more trouble recognising people’s faces.

This kind of research gives us important insights into how names are represented in the brain.

It’s Harder Than It Looks

The ability to recognise someone and call them by their correct name is incredibly complex, even though it feels like second nature to us.

Calling a person by their correct name requires integration of information across both hemispheres of the brain to connect face and name knowledge in mere milliseconds.

Understanding how this process goes wrong – whether through misnaming someone, struggling to say that word on the tip of your tongue, or switching around two words or sounds – gives us important insights into how our brain stores and retrieves the seemingly endless number of names and faces we know.

What does this mean for those of us who frequently misname our family and friends? Based on what we know about how names are organised in the brain, this common cognitive slip-up could be the brain’s way of trying to make our life easier, rather than a sign of something sinister.

So next time you say the wrong name, spare a moment to consider how challenging this ability is and how much work our brains do in order for us to call someone by their name.

Adele Forgets Lyrics to Her Song ‘Million Years Ago’ During Concert