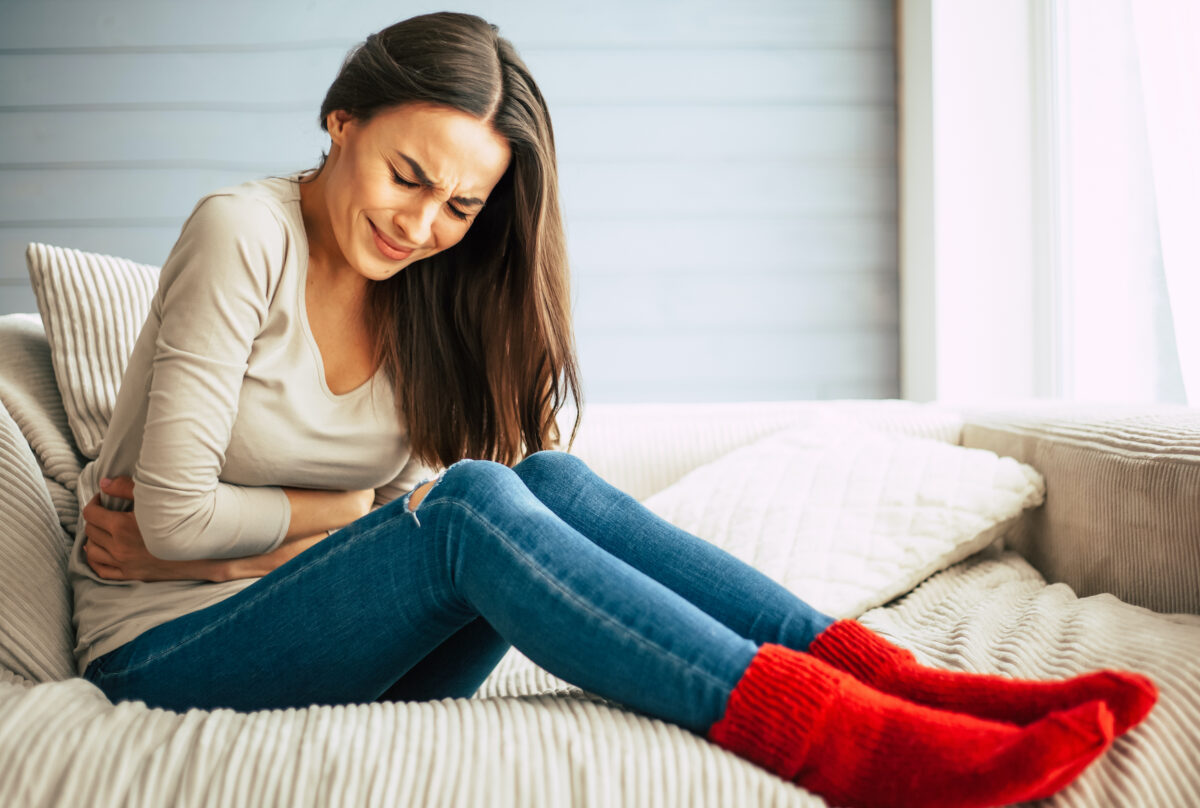 Getting your period is a fact of life for most women. But every woman’s period is different. So how do you know if yours is causing problems that it shouldn’t?

Many girls and women get cramps, low back pain, fatigue, or discomfort with their periods. But some have pain so bad they miss days of work or school every month. Others experience such heavy bleeding that it exhausts them.

These are things that may signal a bigger issue. But some women find talking about menstrual issues embarrassing.

“Women tend not to talk about pelvic pain or bleeding,” says Dr. Lisa Halvorson, a women’s health expert at NIH. “But the menstrual cycle is a critical part of your health.”

You can’t know about your treatment options unless you talk with your doctor.

Most women’s menstrual cycles range between 21 to 35 days, or up to 45 days for teens. Bleeding usually lasts between three to seven days. It’s important for women to get to know their own pattern. What’s normal for one woman may not be for another.

The most common menstrual irregularities are not getting your period at all or not getting it regularly, getting it for too many or too few days, or having severely painful cramps.

These issues can be caused by many different things, including scarring, hormonal imbalances, certain diseases or conditions, and even some medications.

Two of the most common disorders that cause period problems are uterine fibroids and endometriosis.

Fibroids are tumors, or growths, made of muscle cells and other types of cells that grow inside or outside of the wall of the uterus, or womb.

Studies estimate that more than 70% of women in the U.S. have at least one fibroid during their lives. But most women who have them don’t have symptoms.

Endometriosis is caused by tissue normally found in the uterus growing outside it on other organs. Many women with endometriosis never have any symptoms. But some have life-altering ones.

“Endometriosis probably accounts for at least a third of infertility in women,” Halvorson explains.

Fibroids, endometriosis, and other menstrual issues can cause a range of symptoms (see the Wise Choices box). Your doctor can help you figure out what’s causing the symptoms.

Both fibroids and endometriosis can run in families, explains Dr. Ayman Al-Hendy, an NIH-funded gynecologist at the University of Illinois. Because of this, women may not know that severe pain or heavy bleeding aren’t normal.

“The culture in a family could be, ‘you just have to put up with it, it’s part of being a woman,’” he explains. “But there are treatments available that can improve your health and your quality of life.”

It can be hard for doctors to tell menstrual problems apart. Blood tests can help detect hormonal changes. An imaging test called an ultrasound is very good at picking up fibroids.

But diagnosing endometriosis “is particularly tough,” says Dr. Stacey Missmer, an NIH-funded researcher at Michigan State University. It’s hard to see on imaging tests. No blood tests currently exist that can pick it up. The only way to know that a woman has it for sure is by a surgery in which a doctor looks through a small incision made in the abdomen.

This can lead to a long delay in diagnosis, “in part because no one wants to be quick to do surgery,” Missmer says. Sometimes, if endometriosis is suspected, doctors will prescribe medications first to see if they provide some relief.

Many drugs used for fibroids, endometriosis, and other disorders that affect the menstrual cycle work by altering certain hormones. Birth control pills and other drugs can block these hormones.

Such treatments may work well for many women, Halvorson explains. “But they can also prevent a woman from getting pregnant,” she says. This can limit how long some women want to use them.

Researchers have developed approaches to treat fibroids that don’t involve major surgery. These often work well. But sometimes, fibroids can come back.

Some women with endometriosis get pain relief from surgery to remove the tissue that’s stuck to other organs. However, other women still have pain after this type of surgery.

For women who don’t get relief from drugs or less invasive procedures, a hysterectomy may be an option. This is surgery to remove the uterus and sometimes the ovaries. Women who undergo this surgery can no longer get pregnant.

Hysterectomy used to be much more widely used than it is now, says Al-Hendy. “But we have alternatives for hysterectomy now. So we tend to use it only when other options haven’t worked,” he explains. However, it doesn’t cure chronic pelvic pain for everyone.

Missmer is researching ways to create a test for endometriosis. “Many scientists are now exploring using blood, urine, and saliva,” she explains. “We’re looking for a signal that can determine whether a woman has endometriosis without having to do surgery.”

Al-Hendy is studying potential new fibroid treatments. His lab has found evidence that lack of vitamin D may play a role in fibroid growth. His team is now developing new drugs based on vitamin D and plans to test them to see if they can shrink fibroids.

Researchers also hope that by understanding the processes in the body that drive period problems, “we can eventually intervene early and prevent them,” Al-Hendy explains.

For now, he adds, there’s a lot to gain from women being aware of how common these disorders are, and of the options already available to treat them.

Symptoms of fibroids, endometriosis, or other menstrual problems can include: