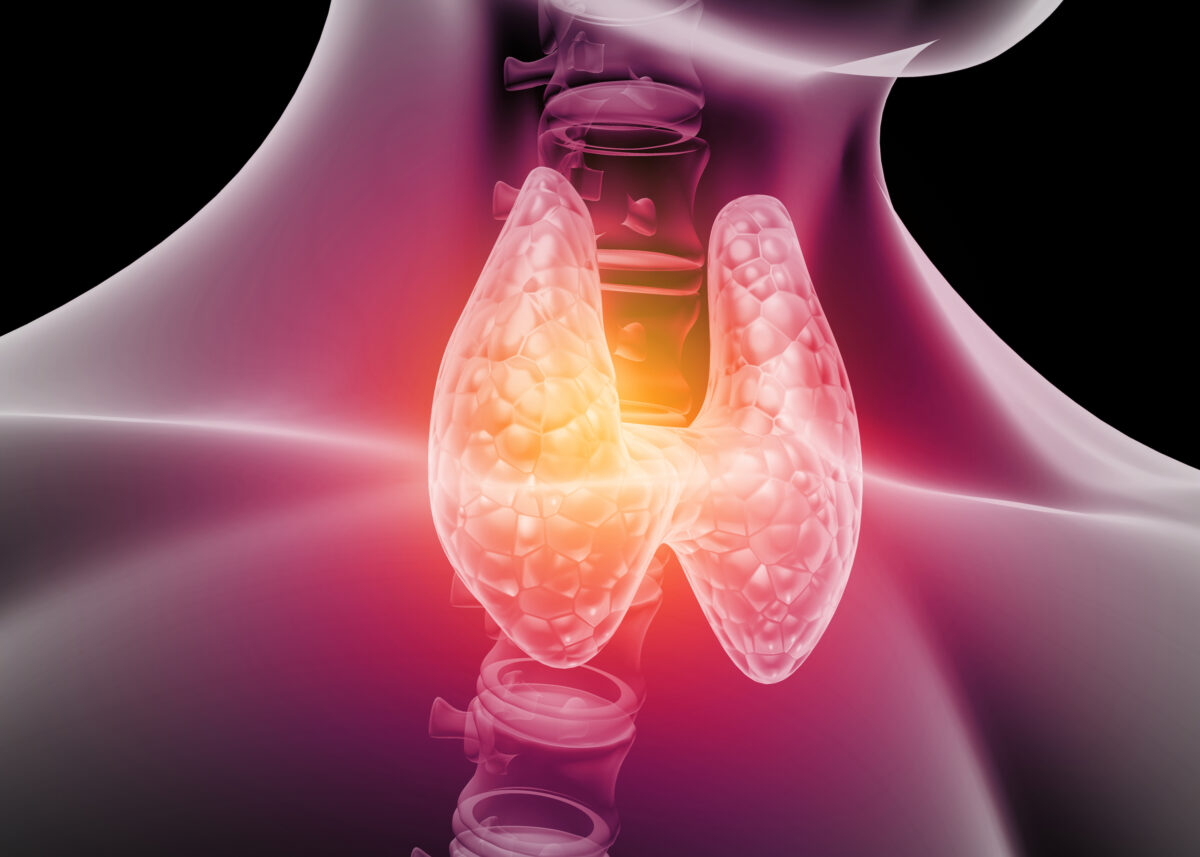 The risk of developing dementia is even higher for people whose condition required thyroid hormone replacement medication, the researchers report. (By Explode/Shutterstock)
Thyroid Health

Older people with hypothyroidism, also called underactive thyroid, may be at increased risk of developing dementia, according to a new study.

The risk of developing dementia is even higher for people whose condition required thyroid hormone replacement medication, the researchers report.

“In some cases, thyroid disorders have been associated with dementia symptoms that can be reversible with treatment,” says Chien-Hsiang Weng, a clinical assistant professor of family medicine at Brown University’s Warren Alpert Medical School and lead author of the study in the journal Neurology.

“While more studies are needed to confirm these findings, people should be aware of thyroid problems as a possible risk factor for dementia as well as of available therapies that could prevent or slow irreversible cognitive decline.”

For the study, researchers analyzed the health records of 7,843 people in Taiwan newly diagnosed with dementia and compared them to the same number of people who did not have dementia.

Their average age was 75. Researchers looked to see who had a history of either hypothyroidism or hyperthyroidism. Hyperthyroidism, which is also called overactive thyroid, is when the thyroid produces too much hormone. This can increase metabolism. Symptoms include unintended weight loss, rapid or irregular heartbeat, and nervousness or anxiety.

Of those with dementia, 68 people, or 0.9%, had hypothyroidism, compared to 34 of the people without dementia, or 0.4%. When researchers adjusted for other factors that could affect the risk of dementia, such as sex, age, high blood pressure, and diabetes, they found that people over age 65 with hypothyroidism were 80% more likely to develop dementia than people the same age who did not have thyroid problems.

For people younger than 65, having a history of hypothyroidism was not associated with an increased risk of dementia.

When researchers looked only at people who took medication for hypothyroidism, they found they were three times more likely to develop dementia than those who did not take medication.

“One explanation for this could be that these people are more likely to experience greater symptoms from hypothyroidism where treatment was needed,” Weng says.

The observational study does not prove that hypothyroidism is a cause of dementia; it only shows an association. One limitation of the study was that researchers did not factor in the severity of individual cases of hypothyroidism.

Additional coauthors are from the University of Arizona at Tucson; the Mayo Clinic in Rochester, Minnesota; and the Institute of Medicine at the Chung Shan Medical University, in Taichung, Taiwan.