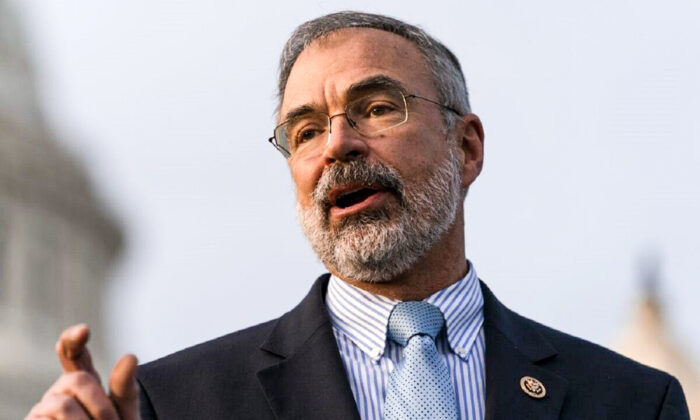 People With Natural Immunity Don’t Need to Get a COVID-19 Vaccine: Rep. Harris

The immunity conferred by COVID-19 infection and recovery has by now been shown to be superior to the protection given by COVID-19 vaccines, Rep. Andy Harris (R-Md.) says.

“For people who’ve had the disease and who have naturally acquired immunity, there is no reason to get a vaccine,” Harris, the co-chair of the House Doctors Caucus, said on NTD’s “Capitol Report” this week.

Dozens of studies have shown strong immunity to reinfection among people who got COVID-19 and recovered.

“Our conclusion is that if you were previously infected, you are protected because of the previous infection and you don’t need the vaccine,” Dr. Nabin Shrestha, of the Cleveland Clinic’s Department of Infectious Disease, told The Epoch Times earlier this year.

Shrestha led a team that found employees at the clinic who had natural immunity were unlikely to benefit from vaccination.

Many experts agree with the school of thought, though the view is far from universal.

Top public health officials and agencies, including the Centers for Disease Control and Prevention, still urge practically everybody to get a COVID-19 vaccine, even those who recovered from the disease.

“Getting the vaccine is the best way to protect yourself and others around you, especially as the more contagious Delta variant spreads around the country,” Dr. Rochelle Walensky, the head of the centers, said in August after a study suggested those with natural immunity benefited from vaccination.

The debate was on full display during a recent Food and Drug Administration panel hearing considering whether to advise the agency to give shots to children as young as 5 years old.

Multiple members said data indicates children with prior infection don’t need a vaccine. Another proposal bandied about is giving such children a single shot, as opposed to the two-dose regimen often used for the Moderna and Pfizer vaccines.

Harris says the COVID-19 vaccine mandates that don’t incorporate testing or natural immunity opt-outs have widespread resistance and the consequences of the mandates are severe.

“There are always going to be 15 or 20 percent of Americans who will just resist the government mandate. They just won’t get the vaccine, whether or not they’ve had naturally acquired immunity, and the consequences of taking those people out of the workplace, for instance, is going to be very broad, very widespread, and I think very bad for our economy,” he told NTD.

“If someone doesn’t want to get the vaccine, then just ask them to be tested every few days, make sure that if they’re tested, they quarantine themselves. But vaccine mandate that doesn’t take into account naturally acquired immunity and doesn’t allow an exception, either for religious, medical reasons, or with a test out option, I think in the long run is going to be shown to be more harmful than helpful.”