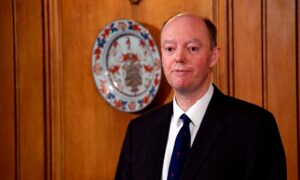 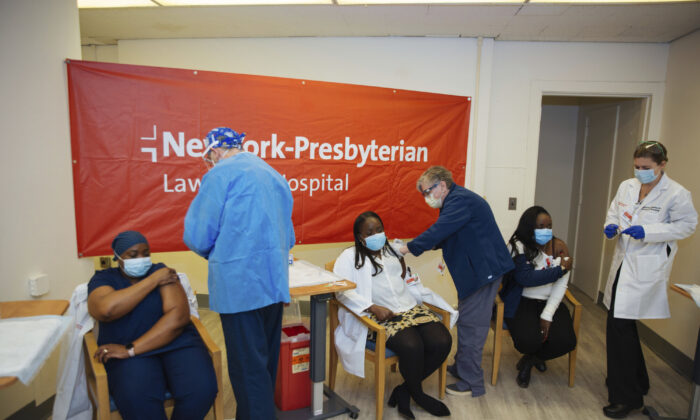 People Who Recovered From COVID-19 Should Receive Only 1 Dose of Vaccine: Study

Researchers from Icahn School of Medicine at Mount Sinai found that both groups equally reported experiencing pain, swelling, and redness at the injection site at the time of vaccination, which improved in a couple of days. However, people with a prior infection experienced more severe systemic reactions—fever, headache, chills, muscle or joint pain, and fatigue—than those who had never been infected.

“We also noted that vaccine reactogenicity [expected reactions] after the first dose is substantially more pronounced in individuals with pre-existing immunity akin to side-effects reported for the second dose in the phase III vaccine trials [of both Pfizer-BioNTech and Moderna],” the researchers stated.

A severe systemic reaction to a vaccine “prevents daily activity,” according to the Food and Drug Administration (FDA).

Overall, there was a higher report of local and systemic adverse reactions in the vaccine group compared to the placebo group in both the Moderna (pdf) and the Pfizer-BioNTech (pdf) phase 3 studies that continue to collect data on vaccine safety and efficacy.

The study also looked at the immune system’s response to the vaccines in 109 people: 41 who had recovered from COVID-19 and 68 who’ve never had the disease, and found those in the recovered group had “10-20 times higher” antibody levels than those who had never been infected.

More studies are needed to further investigate the study’s findings due to the small number of participants.

Some scientists and doctors are questioning why people with prior CCP virus infection still need to get the vaccine when they already have some measure of immunity against the virus especially when there’s a limited number of vaccines available.

The CDC says people should be vaccinated whether or not they’ve had COVID-19, the disease caused by the CCP virus.

“Due to the severe health risks associated with COVID-19 and the fact that reinfection is possible, CDC recommends getting vaccinated regardless of whether you already had COVID-19 infection,” a spokesperson from the CDC told The Epoch Times in an email. “Experts do not yet know how long someone is protected from getting sick again after recovering from COVID-19.”

“However, because the risk of reinfection is low in the months after initial COVID-19 infection, while vaccine supply remains limited, people who have a recent infection may choose to temporarily delay vaccination,” the spokesperson added.

But opponents say that the possibility of reinfection is rare, so vaccines shouldn’t be promoted to those with prior infection.

In its most recent guidance on “Returning to Work” updated on Feb. 2, the CDC says that “cases of reinfection of COVID-19 have been reported but are rare” and that it’s expected for “some reinfections” to occur “based on what we know from similar viruses.”

Some health care personnel are declining a COVID vaccine, citing concerns of side effects, vaccine safety, and efficacy, the speed at which the vaccine was developed, and a lack of trust.

In Chicago, more than half of the staff at Roseland Community Hospital have declined to receive the vaccine as reported by CBSN Chicago.

According to the hospital’s CEO, Tim Egen, last month, 75 percent of their staff have refused to get the shot.

“We’re trying to overcome some pretty prominent hurdles—you know, a lack of trust in the medical testing,” he told CBSN Chicago.

Almost a month later, CBS Evening News reported that 73 percent of the hospital’s employees say they will continue to wait out on the vaccine.

A survey involving 5,287 employees of SUNY Upstate Medical University in New York who were asked about their belief, attitudes, and willingness to receive a COVID vaccine found that 58 percent would get the shot, while one-third of the respondents were unsure.

The authors said research scientists and doctors showed “the highest acceptance” in the 58 percent group, and respondents who were “older, males, White, or Asian were more likely to get vaccinated compared to other groups.”

While a different survey of more than 8,000 nursing home staff in Indiana published in Journal of The American Geriatrics Society in December 2020 says only 45 percent of respondents indicated they will get a COVID vaccine once it was made available, and 44 percent who first declined the vaccine said they would consider it in the future.

The survey has been cited in a report by the CDC.