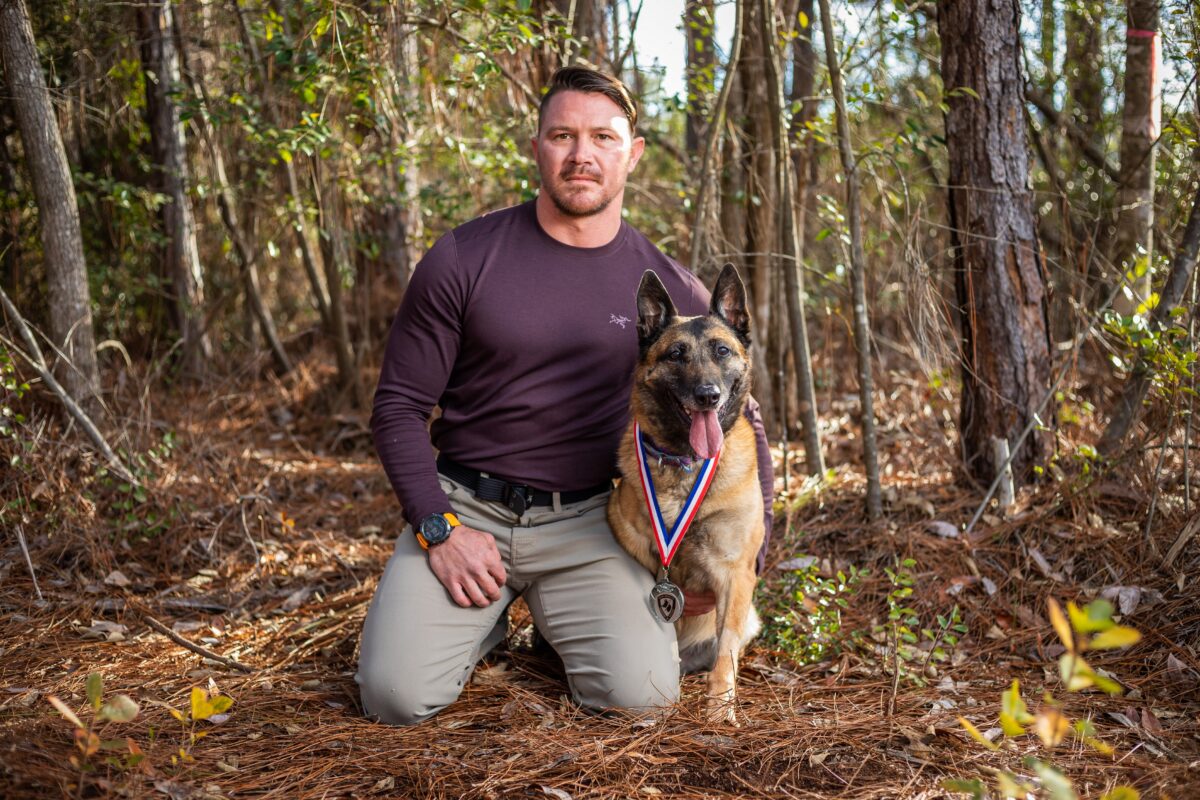 Paws-Itively Patriotic: Meet the First Dog Since World War II to Receive the Medal of Heroism

“I picked her up from the kennel and we began running direct night action raids on the 29th,” he says. The team had been operational for less than a month, and had been deployed on six special operations missions, when Layka was credited with saving the life of her handler and his team.

“We landed in front of a compound and began to take direct fire,” says McDonald. Layka was struck four times at point-blank range during the skirmish, and as a result, had one of her front legs amputated.

In addition to receiving the Army’s Medal of Heroism, she received the 2016 American Humane Hero Dog Award. Layka was also featured on the cover of National Geographic and appeared in an HBO documentary, “War Dog: A Soldier’s Best Friend,” whose executive producer was Channing Tatum. McDonald also worked with Tatum during the filming of the recently released feature film “Dog,” inspired by Layka.

In December, McDonald became concerned when Layka became lethargic, with her eyes making irregular jerking movements. McDonald was advised that she needed MRIs and special testing to diagnose the medical issues and develop a course of treatment. All that came with a hefty price tag, which led McDonald to connect with the In Honor of Duco fund, the brainchild of Scott’s Wish and U.S. Army Special Ops veteran Rick Hogg, whose retired military dog, Duco, inspired the program.

“It’s important to note that these American heroes aren’t taken care of by the government when they retire,” points out McDonald. These days, Layka has been going to rehab and making great strides. She loves McDonald’s two children and listening to symphony music, and, despite having just three legs, is an enthusiastic swimmer. In gratitude to Layka, she was the 2022 Celebrity Grand Marshall at the Mardi Paws Parade benefiting Scott’s Wish.

Dear Readers: Show Us Your Pets!

Do you have an awesome, adorable pet to nominate to be featured? We’re looking for the most inspiring, heartwarming, or simply hilarious stories about our furry (or hairy, feathered, or scaled!) best friends, and we’d love to hear yours.

Tell us your pet’s name, age, and a short story about what makes your pet special—whether a super-cool skill, a heroic deed, or a one-in-a-million relationship. Please include at least one photo of your pet.