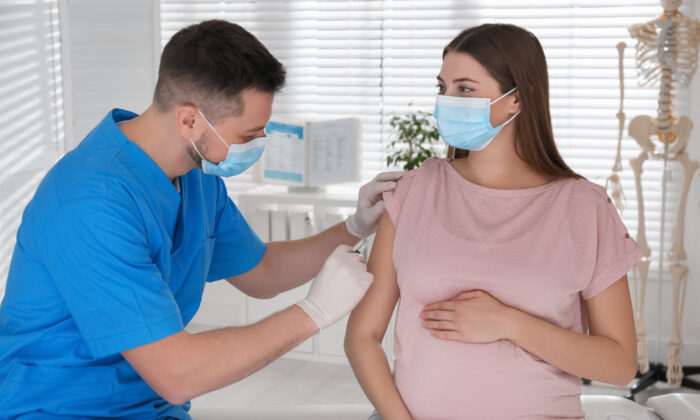 Covid-19 has negatively impacted women who are pregnant, from quarantine to stress from the societal, and personal demands of the pandemic. (Shutterstock)
Pregnancy

The pandemic has created a hostile environment for pregnant people and their babies.

Yet some of the pandemic’s greatest threats to infants’ health may not be apparent for years or even decades.

That’s because babies of covid-infected moms are 60% more likely to be born very prematurely, which increases the danger of infant mortality and long-term disabilities such as cerebral palsy, asthma and hearing loss, as well as a child’s risk of adult disease, including depression, anxiety, heart disease and kidney disease.

Studies have linked fever and infection during pregnancy to developmental and psychiatric conditions such as autism, depression and schizophrenia.

“Some of these conditions do not show up until middle childhood or early adult life, but they have their origins in fetal life,” said Dr. Evdokia Anagnostou, a child neurologist at Holland Bloorview Kids Rehabilitation Hospital and a pediatrics professor at the University of Toronto.

For fetuses exposed to covid, the greatest danger is usually not the coronavirus itself, but the mother’s immune system.

Both severe covid infections and the strain of the pandemic can expose fetuses to harmful inflammation, which can occur when a mother’s immune system is fighting a virus or when stress hormones send nonstop alarm signals.

Prenatal inflammation “changes the way the brain develops and, depending on the timing of the infection, it can change the way the heart or kidneys develop,” Anagnostou said.

Although health officials have strongly recommended covid vaccines for pregnant people, only 35% are fully vaccinated.

At least 150,000 pregnant people have been diagnosed with covid; more than 25,000 of them have been hospitalized, and 249 have died, according to the Centers for Disease Control and Prevention.

Although most babies will be fine, even a small increase in the percentage of children with special medical or educational needs could have a large effect on the population, given the huge number of covid infections, Anagnostou said.

“If someone has a baby who is doing well, that is what they should focus on,” Anagnostou said. “But from a public health point of view, we need to follow women who experienced severe covid and their babies to understand the impact.”

Researchers in the United States and other countries are already studying “the covid generation” to see whether these children have more health issues than those conceived or born before 2020.

Previous crises have shown that the challenges fetuses face in the womb — such as maternal infections, hunger, stress and hormone-disrupting chemicals — can leave a lasting imprint on their health, as well as that of their children and grandchildren, said Dr. Frederick Kaskel, director of pediatric nephrology at the Children’s Hospital at Montefiore.

People whose mothers were pregnant during surges in the 1918 influenza pandemic, for example, had poorer health throughout their lives, compared with Americans born at other times, said John McCarthy, who is a medical student at Albert Einstein College of Medicine and co-wrote a recent review in JAMA Pediatrics with Kaskel.

Researchers don’t know exactly which moms were infected with pandemic flu, McCarthy said. But women who were pregnant during major surges — when infection was widespread — had children with higher rates of heart disease or diabetes. These children were also less successful in school, less economically productive and more likely to live with a disability.

Because organ systems develop during different periods of pregnancy, fetuses exposed during the first trimester may face different risks than those exposed toward the end of pregnancy, McCarthy said. For example, people born in the fall of 1918 were 50% more likely than others to develop kidney disease; that may reflect an exposure to the pandemic in the third trimester, while the kidneys were still developing.

Nearly two years into the covid pandemic, researchers have begun to publish preliminary observations of infants exposed to covid infections and stress before birth.

Although Anagnostou noted that it’s too early to reach definitive conclusions, “there is evidence that babies born to moms with severe covid infections have changes to their immune system,” she said. “It’s enough to make us worry a little bit.”

The good news about the coronavirus is that it seldom crosses the placenta, the organ tasked with protecting a developing fetus from infections and providing it with oxygen. So moms with covid rarely give the virus to their children before birth.

That’s important, because some viruses that directly infect the fetus — such as Zika — can cause devastating birth defects, said Dr. Karin Nielsen-Saines, a specialist in pediatric infectious diseases at UCLA’s David Geffen School of Medicine.

But studies also suggest that inflammation from a mother’s covid infection can injure the placenta, said Dr. Jeffery Goldstein, an assistant professor of pathology at Northwestern University’s Feinberg School of Medicine. In a study published last year, Goldstein and his co-authors found that placentas from covid-infected moms had more abnormal blood vessels than placentas from patients without covid, making it harder for them to deliver sufficient oxygen to the fetus.

Placental damage can also lead to preeclampsia, a serious complication of pregnancy that can cause a mother’s blood pressure to spike.

Preeclampsia occurs when blood vessels in the placenta don’t develop or function properly, forcing the mother’s heart to work harder to get blood to the fetus, which may not receive enough oxygen and nutrients. Preeclampsia also predisposes women to heart attacks and strokes later in life.

In an October study in the journal Cell Reports Medicine, Nielsen-Saines and her co-authors found that infants born to people with severe covid infections had a different mix of immune cells and proteins than other babies. None of the newborns tested positive for the coronavirus.

The immune changes are concerning, Nielsen-Saines said, because this pattern of immune cells and proteins has previously been found in infants with respiratory problems and in some cases poor neurodevelopment.

Notably, all the babies in her study appear healthy, said Nielsen-Saines, who plans to follow them for three years to see whether these early signals translate into developmental delays, such as problems talking, walking or interacting with others.

“How big of a difference does any of this make in the baby?” asked Anagnostou. “We won’t know for a few years. All we can do is try to be as prepared as possible.”

Increasing the Risk for Boys

Boys could face higher risks from covid, even before birth.

Males are generally more vulnerable than females as fetuses and newborns; they’re more likely to be born prematurely and to die as infants. Preterm boys also have a higher risk of disability and death.

That’s because boys are disproportionately affected by conditions linked to maternal infections. Boys are four times as likely as girls to be diagnosed with autism or attention deficit hyperactivity disorder, for example, while men are 75% more likely than women to develop schizophrenia.

Scientists don’t fully understand why boys appear more fragile in the womb, although testosterone — which can dampen immune response — may play a role, said Dr. Kristina Adams Waldorf, a professor of obstetrics and gynecology at the University of Washington.

New research on covid could help illuminate this vulnerability.

In a study published in October, researchers found that the sex of a fetus influences the way its placenta responds to covid, as well as how its mother’s immune system responds.

When examining the placentas of male fetuses after delivery, researchers found changes that could leave boys less protected against damaging inflammation.

The sex of a fetus can influence its mother’s response to other illnesses, as well.

Rates of depression and stress among pregnant women have increased dramatically during the pandemic.

That’s concerning because chronic stress can lead to inflammation, affecting the babies of both infected and uninfected women, Anagnostou said.

Studies consistently show that infants born to mothers who experience significant stress during pregnancy have higher rates of short- and long-term health damage — including heart defects and obesity — than babies born to women with less stress.

Lockdowns, travel restrictions and physical distancing left many pregnant women without the support of family and friends. The stress of losing a loved one, a job or a home further heightens the risks to moms and babies, said Sullivan, who is following children born during the pandemic for five years.

The findings show the importance of helping and protecting pregnant people before and after delivery, said Sullivan, who conducted a separate study that found women who received more social support were less depressed.

Italian researchers are also studying the effect of maternal stress on infants’ behavior, as well as the way their genes are regulated.

Although stress-related inflammation doesn’t alter the structure of a baby’s genes, it can influence whether they’re turned on and off, said Livio Provenzi, a psychologist at the C. Mondino National Institute of Neurology Foundation in Pavia, Italy.

In Provenzi’s study of 163 mother-baby pairs, he found differences in how genes that regulate the stress response were activated. Genes that help people respond to stress were more likely to be turned off in babies whose moms reported the most stress during pregnancy. The same moms also reported that their babies cried more and were fussier when they were 3 months old.

Researchers usually prefer to make in-person observations of babies as they interact with their mothers, Provenzi said. But because of the pandemic, Provenzi asked mothers to fill out questionnaires about infant behavior. He plans to observe mothers and babies in person when the children are 12 months old.

While vaccinating pregnant people is the best way to protect them and their fetuses from the virus, Anagnostou said, society needs to do more to preserve expectant mothers’ mental health.

“We can’t escape the fact that we’ve lived through two years of a pandemic,” Anagnostou said. “But we can think about opportunities for reducing the risk.”

This story was originally published on the Kaiser Health News Blog.