Painter: ‘Chinese culture is so vast and so deep’ 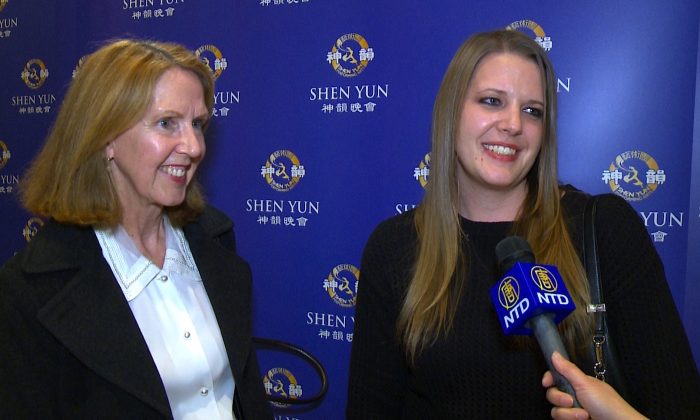 “I really enjoyed the performance,” Ms. O’Connell said. “It was interesting that the performance showed so many different dynasties, from the Manchurian or the Tang periods, and how the look is different, how the attitudes were different. You can see that Chinese culture is so vast and so deep.”

Shen Yun’s mission is to revive 5,000 years of traditional Chinese culture, which is rooted in principles and values like “justice, propriety and wisdom, respect for the heavens, and divine retribution,” according to the company’s website.

Each Shen Yun performance includes classically trained dancers, a distinct orchestra, soloists, and animated backdrops. Since 2006, when the company was established, it has grown to have four equally large groups that tour the world simultaneously.

Ms. O’Connell said she found depictions of contemporary scenes in China powerful, in particular the ones about the present-day courage of practitioners of Falun Dafa, an ancient spiritual practice.

Starting with the Cultural Revolution, the Chinese communist regime has systematically persecuted many religious and spiritual practices.

Ms. O’Connell has had a long-standing interest in Eastern philosophy. After graduating Maryland Institute College of Art in 2007, she moved to China for four years, studying Eastern teaching methodologies and Chinese ink brush painting techniques.

From a painter’s standpoint, Ms. O’Connell was inspired by the performance’s use of props in choreography. One such technique was the use of colorful ribbons, which Ms. O’Connell compared to the use of lines in painting.

“It was very intriguing as a painter to see that,” she said.

She attended the performance with her mother, Sue O’Connell, who praised the costumes, colors, and the use of props like lotuses and fans.

“There are so many aspects that are really, really wonderful to watch,” her mother said.