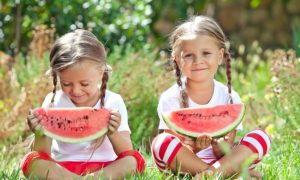 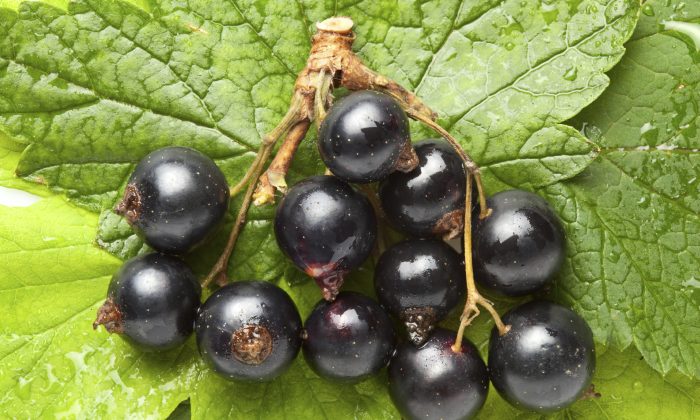 Over a hundred years ago Congress outlawed black currants.  Today this forbidden fruit is making a comeback and may help improve your mood and brain power.

In 1911 the U.S. Congress outlawed the commercial cultivation of currants.  Black currants quickly became known as the “forbidden fruit.”  And Americans were deprived of one of the healthiest foods on earth.

Now researchers have found that black currants (Ribes nigrum) are good for keeping our brains young and agile.

In a study published in the Journal of Functional Foods researchers from Northumbria University in the U.K. suggest that black currants may even help manage mental decline associated with aging, or help people with brain disorders like Parkinson’s or depression.

In the study, 36 healthy adults aged between 18 and 35 years consumed 250 ml of one of three drinks. They drank either an anthocyanin-enriched New Zealand black currant extract (Delcyan™ from Just the Berries); or a cold-pressed juice from a black currant cultivar called “Blackadder;” or a sugar and taste-matched placebo with no black currant content.

The researchers also found that the juice from the Blackadder berries strongly reduced the activity of a family of enzymes known as “monoamine oxidases” (MAO).  These enzymes help remove the neurotransmitters norepinephrine, serotonin and dopamine from the brain. In other words they regulate neurotransmitters that affect mood and cognition.

Compounds in the berries acted like MAO inhibitor drugs used in the treatment of Parkinson’s disease, depression, stress, and anxiety.  These drugs stop MAOs from clearing out neurotransmitters, making more of these brain chemicals available.

But MAO inhibitor drugs have serious side effects.  The researchers suggested that black currants could be used as a functional food ingredient to support brain health or manage Parkinson’s symptoms.

Black currants help with a long list of other health conditions. They have been used to treat gout, diarrhea, and liver problems. Black currant is also used topically for healing wounds and treating insect bites.

The leaves, fruit, and seed oil of black currants are used to make medicines.  In Europe black currant products are widely used as herbal remedies.  They ease PMS and menopause symptoms. They are also used as a diuretic, and to treat colds, flu, and fevers. Black currant juice is also alkalizing to the body.

The seed oil from black currents has also been shown to be an effective treatment for rheumatoid arthritis.  According to the National Center for Complementary and Integrative Health, black currants contain gamma-linolenic acid (GLA), an omega-6 fatty acid.  Studies suggest GLA may relieve symptoms such as joint pain, stiffness, and tenderness, and may help decrease the need for pain medication.  Black currant seed oil is available in capsules as a dietary supplement.

In addition to GLA, black currants are rich in anthocyanins.  These red, blue, and purple pigments are powerful antioxidants with proven benefits against cancer, aging, inflammation, and neurological diseases.

Black currants also contain three or four times the vitamin C of oranges, as well as the essential B vitamins pantothenic acid (vitamin B5), pyridoxine (vitamin B6) and thiamin (vitamin B1).

These little berries are native to northern Europe and Asia. If you live in the U.S. and think you’ve been eating dried currants your whole life in scones and other recipes, you’re probably wrong.

Black currants were banned in the U.S. because of a belief that they carry a fungus that kills pine trees. Once black currant cultivation was outlawed, small dried grapes from the island of Zante, Greece were christened “currants.” That’s what you’ll typically find in the U.S. and they’re often sold as “Zante currants.”

Some states began lifting the ban in 1966 but some states still have it in effect.  In 2003 farmers overturned the ban in New York state and are now raising fresh black currants.  You can find the real deal frozen or dried, or in juice, nectar, or extract form online.

Fresh black currants are very tart.  The red and white varieties are much sweeter.  Use the black currants for making jellies and jams if the tartness is too much for you.  They’re also used to make the liqueur crème de cassis.

You can also make infusions and teas out of the plant’s fresh or dried leaves. Or look for black currant tea in health food stores or online.