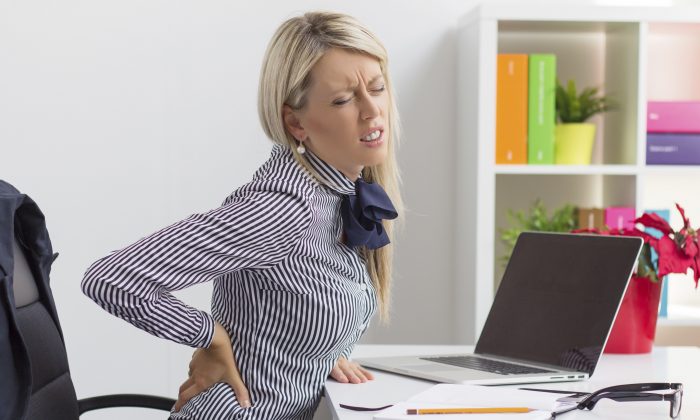 Regular chiropractic care can slow, halt, or even reverse osteoarthritis, the most common form of arthritis. (kaspiic/iStock/Thinkstock)
Canadian Content

Osteoarthritis: Is It Really a Natural Part of Aging?

Osteoarthritis, or pain from degenerating joints, is so prevalent among seniors and older adults that it is assumed to be an unavoidable part of aging.

However, these pains—which can occur in the neck, back, knees, hips, fingers, or shoulders—can show up in middle-aged or young adults and even teenagers.

It did for me. As a child, I was a very active tomboy. I enjoyed life. I started competitive running in grade three, played lots of soccer, and by the time I was 13 I already had pain and swelling in my knees.

The pain would flare up if I was cold or wet. I described the pain to my mother and she said it sounded like rheumatism, like what old people have, but it couldn’t be because I was too young for that.

I continued playing lots of sports in spite of the knee pains.

I wasn’t the only one with problems. By the time I was 18, I was competing against girls who had already had knee surgery.

That was an eye-opener. I quickly decided my love-hate relationship with running was not as important to me as the health of my knees, and I quit running after that season.

At age 22, I had my first chiropractic history and examination. This was when I found out that my spine was misaligned, which in turn affected my knees and ankles.

In addition, X-rays of my spine showed that I already had Phase I of degenerative disc disease in my neck.

I didn’t have neck pain, but I was told that my neck issues could be responsible for the headaches and migraines I’d had for the past 10 or so years.

Did I damage myself beyond repair? Thankfully, no. Within six months of regular chiropractic care and exercises, my knees felt whole and strong again and I no longer had headaches or migraines.

As for positive side effects, I no longer have stomach ulcers, plus I have a better ability to handle stress, improved concentration, regular bowel movements, and better sleep.

I continued to get regular weekly chiropractic care not just to feel better, but because I like having improved structure and body function, to be at my best.

At age 27 I had another X-ray taken of my neck. This time my formerly straight “military” neck had the ideal gentle, forward “lordotic” curve, and no degeneration.

A former patient of mine, John, was 67 years old when he first came to our office. He was an artist who loved to go for three- to four-hour walks several times a week. Unfortunately, over time his knees and back began hurting so much that he wasn’t able to walk more than 20 minutes at a time.

When he came to see us, he was already scheduled for knee replacement surgery. Within a month of chiropractic care and exercises, he was back to walking an hour at a time, and within three months, he was back to his regular three-hour walks.

He cancelled his knee surgery.

Osteoarthritis is not the enemy. It is an adaptation of the body over time to abnormal biomechanics due to injury and/or overuse.

By realigning the spine and affected joints, chiropractic allows for healing and proper functioning of the joints and the osteoarthritis can slow down, halt, or even reverse.

And as long as you can breathe and move around, there is that hope.

Sabrina Chen-See is a pediatric and family wellness chiropractor based in Vancouver. She is a firm believer in making positive contributions to society, and regularly volunteers her time and chiropractic skills for community and charitable events. Website: www.DrChenSee.com. Phone: (604) 566 9088