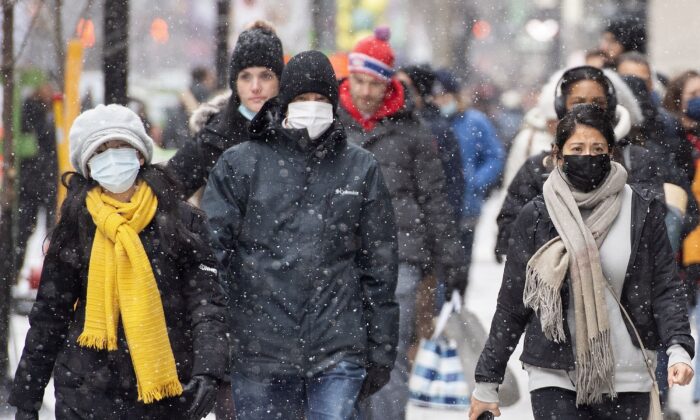 Omicron May Help End the Pandemic This Winter

In the 1960s, measles was devastating in many parts of the world, with the child mortality rate as high as 50 percent. Scientists isolated the virus from patients and cultivated it in chicken embryo fibroblasts. This process, called the attenuation process, made the virus less virulent.

Less virulent viruses are sometimes used as vaccines, known as attenuated vaccines. The attenuated measles vaccine was widely used after successful clinical trials in the 1960s. Later, it was combined with vaccines against mumps and rubella as the popular MMR  (measles, mumps, and rubella) vaccine.

The development of attenuated vaccines is now less favoured against newly emerging diseases, as the risk (albeit small) is always there for the attenuated virus to regain virulence. New technologies such as the subunit vaccine, recombinant vaccine, and mRNA vaccine are now more often applied when developing new vaccines, as they do not contain live pathogenic virus.

The Omicron strain of SARS-CoV-2, first detected in South Africa, has been sweeping through the world, with over 1 million new cases diagnosed in the United States in a single day in early January. The sheer number of cases is concerning, to say the least. However, the expected high hospitalization and mortality rates associated with the cases have not arrived, and I pray that the low rates continue for the duration of this wave.

There are reasons to be optimistic. In South Africa, Omicron started in late November 2021, peaked around Dec. 20, and is now in the tail-end of this wave. The country saw higher numbers of new daily cases than during any of the previous waves, yet hospitalization rates were lower for Omicron. What is really interesting is that the death rate is quite low—about 10 times less—than that of Delta.

Why does Omicron seem to be less virulent and yet spread so fast?

In a study that is currently under peer review, researchers from the University of Hong Kong found that Omicron infects and multiplies 70 times faster than the Delta variant and original SARS-CoV-2 in the human bronchus, which may explain why Omicron can transmit faster between humans than previous variants. The study also showed that Omicron infection in the lung is 10 times lower than the original SARS-CoV-2, which may be an indicator of lower disease severity.

So the question is, could Omicron be an “attenuated” SARS-CoV-2 without having been cultivated by scientists?  Well, a good vaccine would have to demonstrate a certain level of safety, a high level of efficacy stimulating protection against the disease, and be easy to deliver.

We are still in the midst of the Omicron wave, but data is emerging every day and so far it all points in the same direction: that Omicron is much less virulent than Delta.

Mortality could still happen under unfortunate circumstances, however, so Omicron would probably not get U.S. Food and Drug Administration approval as an attenuated vaccine, because it is still virulent. But since it is not by design, and is instead forced upon humanity, maybe it could be regarded as a less perfect vaccine if it has the other two necessary characteristics of a good vaccine: efficacy and easy delivery.

Regarding efficacy, can Omicron infection protect against other variants?

What about other variants and any future variants? Would Omicron infection protect against them?

Although we do not yet have enough data to provide a definite answer, there are studies that give us hope that Omicron infection would protect against infections by the currently known variants and potentially any future variants.

Scientists at South Africa’s University of Cape Town did T cell response studies on patients infected by Omicron that just might provide us with that assurance.

When infection happens, the body generates many kinds of immune responses. Unlike B cells, which produce relatively short-lived neutralizing antibodies, T cells produce a more long-lasting immunity. The University of Cape Town study demonstrated that the T cell response, induced either by vaccination or natural infection by the currently known variants, cross-recognizes Omicron. The authors concluded that well-preserved T cell immunity to Omicron is likely to contribute to protection from severe COVID-19.

What about easy delivery?

Well, Omicron is here and spreading quickly. Like it or not, most people will likely be infected in the upcoming weeks.

If Omicron is anything like the attenuated measles vaccine and provides similar effects, we may see the end of the COVID-19 pandemic before the winter is over.

In the past two years, this may be the only good news in the COVID-19 story: Mother Nature, sometimes a tough tiger mom, this time may have given us a less perfect but nonetheless effective “attenuated vaccine” against SARS-CoV-2—the Omicron variant.

Editor’s note: This article was updated on Jan. 6 to note that the Omicron variant was first detected in South Africa, as it’s not certain if it began in South Africa.

Joe Wang
Follow
Joe Wang, Ph.D., was a lead scientist for Sanofi Pasteur’s SARS vaccine project in 2003. He is now the president of New Tang Dynasty TV (Canada), a media partner of The Epoch Times.