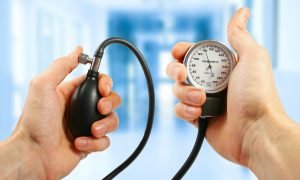 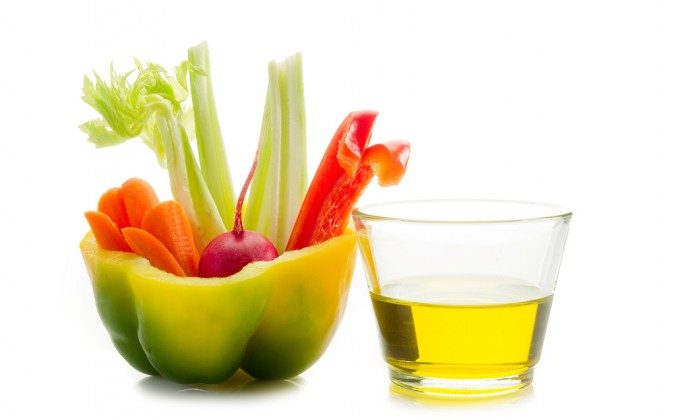 The Mediterranean Diet has received plenty of praise in recent years for its role in protecting against disease. And two new studies provide further clarity as to why this is the case, having found that the olive oil component of the popular diet helps to not only protect against the damaging effects of environmental pollution but also lower blood pressure in folks who consume it alongside nitrate-rich vegetables.

Researchers from the U.S. Environmental Protection Agency (EPA), presenting their findings at the recent American Thoracic Society International Conference, tested the effects of olive oil in mitigating harm caused by air pollution on 42 healthy adults. Each of the adults was given 3 grams of either olive oil or fish oil daily, or neither, for four weeks, followed by exposure to both clean and polluted air.

After a month of supplementation with either one of the oils or a placebo, participants were exposed to two hours of filtered air to get baseline readings. The next day, they were exposed to two hours of polluted air. Using an ultrasound, scientists evaluated the participants’ blood vessels for any blood vessel narrowing both immediately after and 20 hours after each exposure.

They noticed that folks taking the olive oil supplement did not experience any significant narrowing of their blood vessels, which typically occurs as a result of exposure to microscopic particles like the kind emitted from diesel engines. Such hardening can lead to increased blood pressure, a heightened risk of blood clots and other health problems.

Those taking the fish oil or placebo, on the other hand, experienced typical blood vessel narrowing, suggesting that olive oil possesses a unique protective benefit. If these results are affirmed through further research, scientists say regular supplementation with olive oil could be a beneficial public health recommendation.

“Our study suggests that use of olive oil supplements may protect against the adverse vascular effects of exposure to air pollution particles,” stated Dr. Haiyan Tong, as quoted by the U.K.’s Telegraph. “If these results are replicated in further studies, use of these supplements might offer a safe, low cost, and effective means of counteracting some of the health consequences of exposure to air pollution.”

In a related study, researchers from King’s College London noted beneficial effects from consuming olive oil alongside lettuce and other vegetables rich in naturally occurring nitrates. Publishing their findings in the journal Proceedings of the National Academy of Sciences (PNAS), the research observed that the unsaturated fats in olive oil combine with nitrates to form an entirely new compound that helps regulate blood pressure.

Based on the research, consuming olive oil daily with foods like spinach, celery and carrots results in the formation of nitro fatty acids that experts say can help lower blood pressure and prevent blood clots. In the long term, regular consumption of these foods in conjunction with one another can help reduce the risk of major cardiovascular events.

“The findings of our study help to explain why previous research has shown that a Mediterranean diet supplemented with extra-virgin olive oil or nuts can reduce the incidence of cardiovascular problems like stroke, heart failure and heart attacks,” stated Professor Philip Eaton, a professor of cardiovascular biochemistry at King’s and one of the authors of the study.

The study was supported by the British Heart Foundation and is among the first to demonstrate how olive oil specifically inhibits an enzyme known as soluble epoxide hydrolase that is responsible for regulating blood pressure.

*Image of “olive oil” via Shutterstock